The Rise and Fall of the Antichrist - Preface 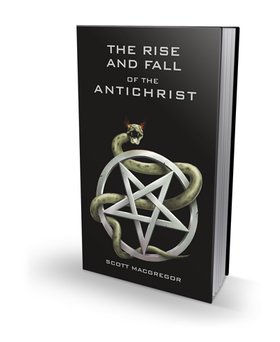 The events covered in The Rise and Fall of the Antichrist have already been recorded in celestial annals, but have yet to occur on Earth. They involve the inevitable rise of the man who would rule the world, and his spectacular fall at Armageddon.

This mysterious master of evil—whom the Bible calls the Antichrist, the Beast, the Evil One, the Man of Sin, and the Son of Hell—will rise to power by peace, and by intrigue and clever deceit. He will solve some of the world’s most pressing problems, and will broker a remarkable pact between the major conflicting powers and religions of the world. But this will come at a price, which will be compliance with his world government, resulting in the abolishment of personal rights, freedoms, and religious liberty.

The events detailed in this book could be imminent. They are of great concern to everyone, including you and those you care about!

All scripture quotations, unless otherwise indicated, are taken from the New King James Version®. Copyright © 1982 by Thomas Nelson, Inc. Used by permission. All rights reserved.