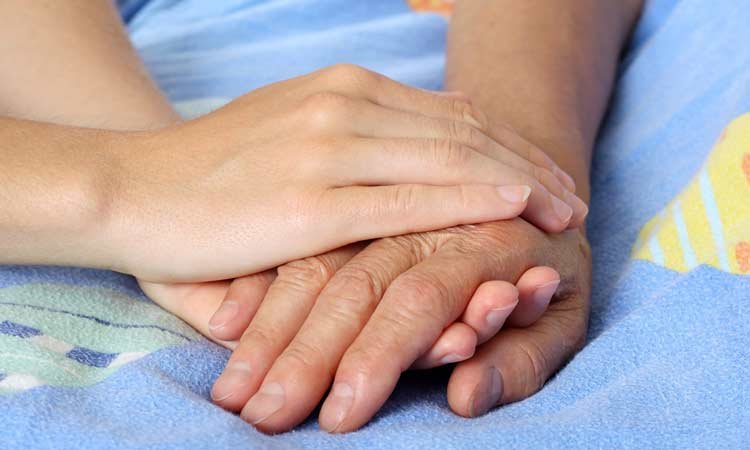 As soon as I got connected to the Internet, dozens of messages that had piled up in cyberspace while I’d been traveling from the Middle East to Europe flooded my inbox. I wearily started separating junk mail from the real thing, and in the process was surprised to find a note from someone I hadn’t heard from in a long while. It read, in part:

Twenty days ago medical tests revealed that I have cancer. Thank God, it hasn’t spread yet. I will be admitted for surgery very soon. I wish you could come over to the hospital. I’ll be there for a week. I’m not afraid of the surgery, but a little worried.
When I first found out, I felt betrayed. I used to trust my healthy body—then suddenly I found out that I have cancer. I was so disappointed and sad. Then I prayed. God’s kindness and mercy have always been with me, and He gave me signs that helped the illness be discovered early. I think I’ll be okay.

I was deeply touched that this dear woman would reach out to me in her time of need, but I wouldn’t return home for several weeks, so I sent a note to a coworker, asking her to visit this woman and pray for her. I also emailed the woman, explaining that I was away but had asked a friend, whom she’d also met, to get in touch. I also assured her that I would be praying for her.

When I returned home nearly a month later, I learned that my coworker had visited the woman in the hospital shortly after the operation. The woman had been through a near-death experience due to post-op complications. While hovering between life and death, she had had a distinct feeling that she wasn’t supposed to die yet, that God still had plans for her life. She had been revived and was thankful to be alive, but the whole experience had left her strangely troubled and depressed. This was the state my friend had found her in, but after they had talked for a while the woman’s spirits had lifted, and she had clung tightly to my friend’s hand when they prayed together for a speedy recovery and encouragement.

When I phoned the woman, she explained what a difference the visit had made—just the fact that my coworker had come meant so much. “It was as though an angel had visited me,” she said. Even though the battle for her health was not yet over, she thanked us both from the bottom of her heart for our prayers, and then asked us to visit her at her home.

Before this visit, I made her a card with some Scripture passages about Jesus, the Great Physician, who during His time on earth “went about doing good and healing all who were sick,” and who the Bible teaches is “the same yesterday, today, and forever.”1 As I contemplated what else to write, love-filled words flowed effortlessly from my pen. Jesus Himself wanted to express His love and concern for this dear woman, and the message He gave me for her ended with a short prayer she could pray.

As we talked at her house, I explained that while praying for her I had received a message of encouragement for her from Jesus, and that I hoped she wouldn’t be offended if I passed it on to her.

“Even though I am not a Christian, I really love Jesus,” she said. “When I feel worried or uneasy, I listen to a tape by a famous local singer who recorded two prayers, one for Easter and one for Christmas. When I listen to the Easter prayer, all about how Jesus was nailed to the cross, died, was buried, and rose to life again, peace fills my heart.”

When she opened the envelope containing my card and started reading the message from Jesus, tears welled up in her eyes. A little embarrassed, she asked if she could read the rest later that evening.

The next time I talked to her, she said she had reread the whole message and prayed the prayer. “It filled me with peace inside,” she said. “Now I have accepted what God has brought into my life, and now I know I will be okay.”

As we talked on, we both concluded that what really matters in life is that we believe in and love God, and that we receive His words. What a difference it would make in our troubled world, where barriers are going up faster than ever between peoples and religions, if we could reach out and build bridges instead, if we could focus on what is really important—love for God and the sharing of His love with others. God sent Jesus to this world as an example of His love for all mankind.2 God’s eternal, universal love hasn’t changed, and Jesus Christ, who healed hearts as well as bodies, is the same yesterday, today, and forever!

Lilia Potters is a writer and editor who lives in the U.S. She has 6 grown children and 14 grandchildren, one a 10-year old grandson with high-functioning autism, for whom she cared full-time until he was 6 years old. She is still involved in his care, and her experience with autism has made her passionate about spreading awareness, and helping families with children on the autism spectrum.

More in this category: « She Goes with Grace Before … During … After Life »