It’s What You Choose to Believe 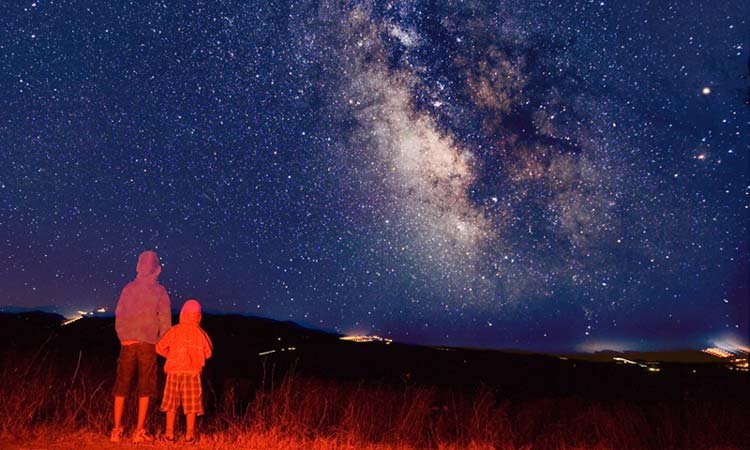 Question: How did the universe and all that is in it come into existence? Did some inexplicable event set off the process or was it the work of an intelligent designer?

The two sides of the debate

True science is based on what is known as the “scientific method,” by which knowledge is advanced by formulating a question, collecting data about it through observation and experiment, and testing a hypothetical answer. Only after such experimentation has proven a scientific theory to be true by producing observable and repeatable results does the theory move into the realm of scientific fact.

Atheistic and materialistic science proposes two major theories for our origins. First the big bang theory to explain how the universe came into existence, and then evolution for how life began.

More and more evidence is being uncovered that indicates the universe and all that is in it was the work of an intelligent designer, not chance. The truth is that the theories of the big bang and evolution are not as factual and convincing as their proponents pretend.

Because neither of these theories nor the belief in the Creation being wrought by God can be observed or repeated under observable experimental conditions, they are all belief systems that remain within the realm of faith. It comes down to what—and whom—you choose to believe.

When something is a law of science, it means that it is an unchanging principle of nature. It is a scientifically observable phenomenon that has been subjected to extensive measurements and experimentation and has repeatedly proved to be invariable throughout the known universe (e.g., the law of universal gravitation and the laws of motion).

A scientific law that is defied by the big bang theory is the law of the conservation of angular momentum. This law states that if an object is spinning and part of that object detaches and flies off, the part that flies off will spin in the same direction as the object it detached from.

The big bang theory goes through constant revision as new data is interjected into the equation, but in essence it states that the universe began from a furiously spinning, infinitesimally small but immensely dense dot. The dot exploded in the “the big bang” that threw out matter that expanded into all the astral bodies that comprise the universe, which is still expanding.

It is true that the planets are observed to be spinning, but according to the law of the conservation of angular momentum, if all the planets spun off from the same original object, then they would all be spinning in the same direction. Even an examination of our own solar system shows that Venus and Uranus spin in the opposite direction than the rest of the planets do. This evidence alone disproves the big bang theory.

One of the laws of physics is termed the second law of thermodynamics. This law observes the fact that the usable energy in the universe is diminishing. Ultimately, there would be no available energy left. Stemming from this fact we find that the most probable state for any natural system is one of disorder. All natural systems degenerate when left to themselves.

Another way of stating the second law then is, “The universe is constantly getting more disorderly.” Viewed that way we can see the second law all about us. We have to work hard to straighten a room, but left to itself it becomes a mess again very quickly and very easily. Even if we never enter it, it becomes dusty and musty. How difficult to maintain houses, and machinery, and our own bodies in perfect working order; how easy to let them deteriorate. In fact, all we have to do is nothing, and everything deteriorates, collapses, breaks down, wears out, all by itself—and that is what the second law is all about.

But the crux of evolutionary theory is that things are gaining in complexity, simple life forms giving rise to more sophisticated ones, disorder giving rise to order. This flies in the face of the second law of thermodynamics. On this point alone the theory of evolution would have to be disallowed.

Evolutionists counter this argument by claiming that an energy source can reverse the second law. For example, an outside energy force such as a housekeeper can tidy a disorderly room. They point to the sun as the outside source of energy, and say over billions of years the sun’s energy would be like the busy housekeeper. Simple observation, however, would show that energy from the sun alone is not capable of creating life from something with no life, or complexity from simplicity.

Consider the sun shining on two seedlings: the one alive, the other dead. When equal amounts of water and nutrients are added to both, the live plant flourishes but the dead one decays. Energy from the sun is not enough to give rise to life. And as for the dead plant, it rots and disintegrates in accordance with the second law of thermodynamics.

God is sitting in Heaven when a scientist says to Him, “God, we don’t need You anymore. Science has finally figured out a way to create life out of nothing. In other words, we can now do what You did in the beginning.”

“Well,” says the scientist, “we can take plain dirt, form it into the likeness of You, and breathe life into it, thus creating man.”

So the scientist bends down to the earth and starts to mold the soil into the shape of a man.

The theory of evolution postulates that small, incremental, beneficial steps propel the evolutionary process forward. It is much like a device where only one component of that device is modified at a time, so as to improve the efficiency of the device in some way, while at the same time allowing the device to remain functioning without any other modifications. Once the device has settled into the fact that it now has an improved component, it then “sees” the benefit of upgrading another one. The point is that it takes these steps one at a time, sees how good that step is, and then takes another step. The device must both continue to function and improve its functionality.

But what if the upgrade requires more than one improvement at a time? Evolutionary theory cannot accommodate this. The improvement must be one step at a time, and if a component doesn’t offer an advantage to an organism (i.e., it doesn’t function), it will be lost or discarded. Are there devices occurring in nature that therefore cannot be explained by evolution? Indeed there are many, but it only takes one to disprove the theory.

We will choose one which everyone will be familiar with—the amazing human knee joint. The knee joint is unique in our bodies. It is quite unlike the ball and socket joints of our hips or shoulders and the pivot joint of our elbows. Although those are all marvels of engineering, the knee is truly exceptional. It consists of several elements, but the critical design parts are (a) the two condyles of the femur bone that rotate in (b) the matching concave grooves of the tibia, and (c and d) the two cruciate ligaments (so called because they cross over each other) that fit in the space between the condyles.

If a structure is so complex that all of its parts must initially be present in a suitably functioning manner, it is said to be irreducibly complex. The knee joint is irreducible; all four of these parts must be present for the knee to work. (The knee has other parts, but these four are essential to each other for them to function in the way they do.) Any one, two, or three of them on their own would not perform any useful function. They are all unique to the knee.

Therefore it is impossible for the knee to evolve from a simpler joint like the hip or the elbow, according to the theory of evolution. How such a device could have evolved in a gradual, step-by-step process as required by classic Darwinian evolution is an insurmountable obstacle to evolutionists.1

The laws of nature seem to have been carefully arranged so that they can be discovered by beings with our level of intelligence. That not only fits the idea of design, but it also suggests a providential purpose for humankind—that is, to learn about our habitat and to develop science and technology.

A Matter of Faith

Neither Creation nor big bang/evolution can be conclusively proven by scientific methods. So whether you choose to believe in Creation or big bang/evolution, it takes faith. And for faith to be sustained and grow, it must eventually be rewarded with some evidence, however small. Here is where creationists—and Christians in particular—are at a distinct advantage. Proponents of atheistic theories have their faith bolstered every time a new discovery is made that seems to support them, only to have their faith shaken when that new “evidence” is proven scientifically unsound. Creationists, on the other hand, have their faith rewarded every day. From the synchronization of the cosmos to the wonders of nature and the intricacies of the DNA molecule, everything points to the hand of an intelligent designer behind this universe of ours.

And that’s not all. Those who have made a personal direct connection with the Designer through His Son, Jesus Christ, can experience His loving presence. Through the answers we receive to our prayers and through the truth and freedom He reveals to us through His Word, our faith is continually rewarded and strengthened. Just as truly loving human relationships engender faith and trust between the parties, all that we receive from God helps us to trust Him and take Him at His word. Because the other things He tells us in the Bible ring true, we are able to view the Genesis account of Creation from a position of faith—not the faith of a gullible simpleton, but that of a thinking, sensible person who bases his or her decision on the character of a close and trusted friend who is the author of the account.

If you don’t yet know the Creator but would like to, you can start now by accepting Jesus as your Savior and inviting Him into your life. Simply pray:

Jesus, I want to know You personally, so I invite You to come into my heart. Thank You for dying for me that my sins may be forgiven and so I can have the gift of eternal life in the world to come. Amen.

Richard Johnston is a writer and researcher with several articles featured in Activated.

More in this category: « Leap of Faith Playing God? »