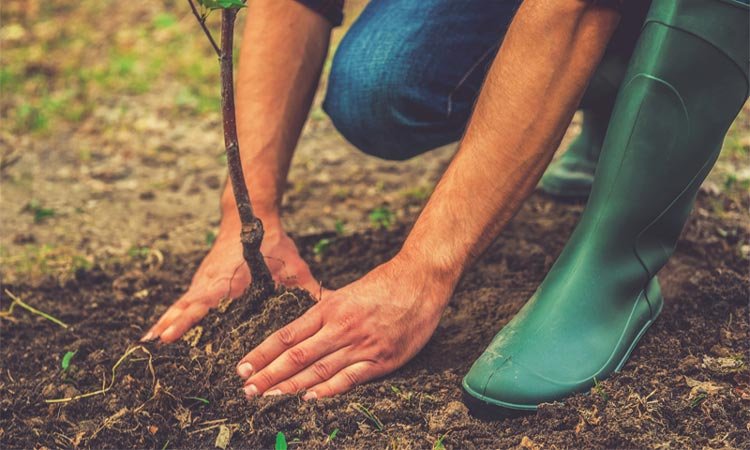 For several years, I was part of a theater group that often performed the inspiring allegorical tale “The Man Who Planted Trees.” It’s the story of Elzéard Bouffier, an old shepherd who reforested a large region of Southern France by planting one tree at a time as he tended his sheep. This story was made into an Academy Award-winning animation,1 a BBC production, an acclaimed puppet show, and has inspired countless individuals to start tree-planting projects since it was first published by Jean Giono in 1953.

People like Jadav Payeng, who has been planting trees in his corner of Assam, India, for the last 30 years.2 Because of a lack of trees, the Brahmaputra River Basin floods every year and causes extensive damage to crops, homes, and livelihoods. Jadav decided to transform this barren island by planting trees, and the area is now a jungle forest of over 1,360 acres—larger than New York’s Central Park.

These trees have greatly benefited the region. Farming has resumed, the flooding in that area has stopped, and wildlife such as rhinos, elephants, and tigers have made his forest their home. And he has a vision for the future—he wants to make environmental science a part of every school’s curriculum and have each student plant and care for a tree.

That’s not to say that it’s been easy for him. Over the years, he’s had to fend off greedy poachers, corrupt politicians, and loggers, but he says, “I don’t know exactly what I get out of this, but I feel happy when I plant trees. I will continue doing this until I die.”

Another world changer was Wangari Maathai, from Kenya, winner of the Nobel Peace Prize for her environmental restoration and community development work.3

When Wangari was a teenager, she attended a mission school where she was an active member of the Legion of Mary club that did local agricultural projects and whose motto was “Serve God by serving fellow human beings.” In her early twenties, she won a scholarship to study at the University of Pittsburgh in the United States, where she met activists who were trying to rid the city of air pollution and saw that their efforts had a meaningful impact. I was growing up in Pittsburgh at the time, and I can testify to the marked change in the air quality.

Upon returning to Kenya, Wangari tried hard to improve the living conditions of women. She started the Green Belt Movement to help women become self-sufficient by growing saplings from native seeds. The beauty of her project is its simplicity. In her book Unbowed she says, “As I told the foresters, and the women, you don’t need a diploma to plant a tree.”

Her Green Belt Movement flourished through international cooperation with agencies such as the Norwegian Forestry Society, and over the years, representatives from over 15 countries came to see and learn how they too could implement similar projects in their own countries to fight desertification, deforestation, drought, and famine.

Now millions of trees have been grown through these efforts, and many other initiatives have sprung from this one, like the UN’s Billion Tree Campaign.

Wangari Maathai passed away in 2011, at age 71, but her voice is still heard today. In her 2010 book Replenishing the Earth, which reads like her farewell address, she inspires us to action, “We all need to work hard to make a difference in our neighborhoods, regions, and countries, and in the world as a whole. That means making sure we collaborate with each other and make ourselves better agents to change.”

But what does reforestation have to do with you and me? Of course, most of us seldom plant trees, but there is more to it than that. It’s about doing our part to make the world a better place. The first step might be to find out what our “trees” are, and then nurture them while they grow.

Jesus might have put it something like this: “The kingdom of heaven is like a man who goes out to plant trees in a barren wasteland and nurtures them until they become a mighty forest that enriches the earth to bring forth much fruit.”

So if you’re sometimes discouraged with the world the way it is, don’t give up! Sometimes we can grow discouraged at the enormity of the task and think, Who am I? What can I do? It looks like there’s nothing one person can do to change things for the better, so what’s the use of trying?

But people like Jadav Payeng, Wangari Maathai, or the fictional Elzéard Bouffier show that one person can change the world! You may not be able to change the whole world, but you can change your part of the world, starting with your own heart, your own mind, your own life.

It may seem only a tiny bud at first, just one insignificant little green shoot. What is that to the forest that’s needed? Well, it’s a beginning of the miracle of a new life, and it will thrive, flourish and become strong, a whole new “tree,” a whole new life, and maybe some day a whole new world!

More in this category: « An Ecological Grain of Sand