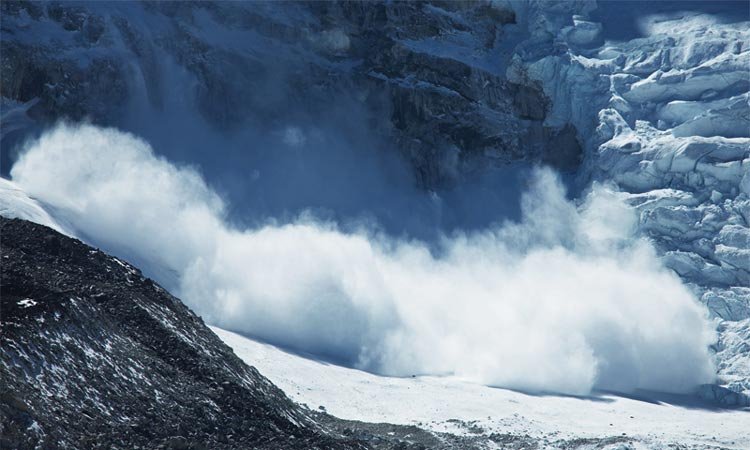 Victor was a carabinero, or police officer, stationed at the remote Chilean customs compound known as Los Libertadores, high in the Andes on the border with Argentina. Since Victor had received special training in mountain rescue work, he was usually assigned to dangerous areas like this one. He enjoyed the mountains, but missed his family.

It was July 3—the heart of winter in the southern hemisphere—and a snowstorm raged outside. With winds of 100 kilometers (over 60 miles) per hour and the temperature at -15°C (5°F) before the windchill factor, Victor and the 57 other people in the camp were bunkered in for the night.

Suddenly, Victor heard a deep rumbling and instinctively looked at his watch. It was 8:38 pm. Since small tremors are common in that part of Chile, Victor didn’t think much of it at first, but the shaking grew stronger. Then the lights went out.

Seconds later, the roof collapsed and Victor found himself trapped between a wall and a large piece of furniture. The temperature around him dropped quickly, and Victor wondered how he would ever come out of this alive.

As Victor would find out later, the high winds had caused an avalanche at the top of a nearby peak and sent a mountain of snow down on the customs complex.

Victor managed to pry himself free from the rubble and dig his way out of the snow. Once outside, he realized that the other buildings around had also collapsed.

Then Victor heard a child’s cry and he dug through the wreckage until he found a baby girl. The child was wearing only a diaper and a T-shirt, but was otherwise unharmed. Victor quickly put her inside his warm police coat, where she could receive warmth from his chest.

With no heat and almost no shelter, unless help came soon, the survivors would all freeze to death. Before the avalanche, the camp’s only means of communication with the rest of the world had been a two-way radio, and now it was damaged beyond repair. Victor quickly realized that it might be days before anyone would even know of their predicament. Their only hope was for someone to walk to the nearest neighbor, a ski lodge about two kilometers away, and organize a rescue.

Walking two kilometers through snow is normally about as difficult for Victor as walking across the room, but under these circumstances—through a storm and huge snowdrifts, in the dark, and carrying a baby—it meant almost certain death. Victor asked for volunteers to go with him. No one came forward, so he set off alone, carrying the baby under his coat.

He managed to find some snowshoes, which helped him stay on top of the deep snowbanks, but the high winds whipped up the fallen snow until it seemed like a blizzard. Most of the time, Victor couldn’t see more than one step ahead. He knew the general direction of the lodge when he set out, but in the dark and with near-zero visibility, he also knew there was a very good chance that he could walk right past it without even knowing.

After turning the child over to others and then getting a hot shower and a quick meal, he was ready to lead one of the three rescue teams. As a result of his actions, 31 people were saved.

As I listened to Victor tell his story some months later, one important detail was missing. I asked about it, but Victor kept evading the question.

The next day Victor’s wife showed me her scrapbook of newspaper clippings about the avalanche and how Victor received a hero’s commendation from the president of Chile. I combed the articles, but not one explained how Victor had managed to find the lodge in a blizzard and near total darkness.

At last I persuaded Victor’s wife to reveal his secret. “He doesn’t talk about this,” she explained, “because he thinks people will say he’s crazy.” She paused for a moment—probably wondering if I would say the same—then continued.

“As Victor was walking through the blizzard, a bright light appeared off to one side, almost like a streetlight. But as Victor trudged through the deep snow, it moved with him and it lit the way, more like a spotlight than a streetlight. The light led Victor straight to the lodge. Many times along the way, Victor sank so deep into snowdrifts that he couldn't free himself, but each time he felt someone grab him from behind, pull him up, and set him on his way again.

“And there’s one more thing. The light that guided him was no ordinary light. When Victor looked directly into it, instead of radiating from some sort of bulb, the light was coming from Jesus’ face.”

Michael Sharp is an English teacher in Colombia and a member of the Family International.

More in this category: « The Gift of Life God and Me »