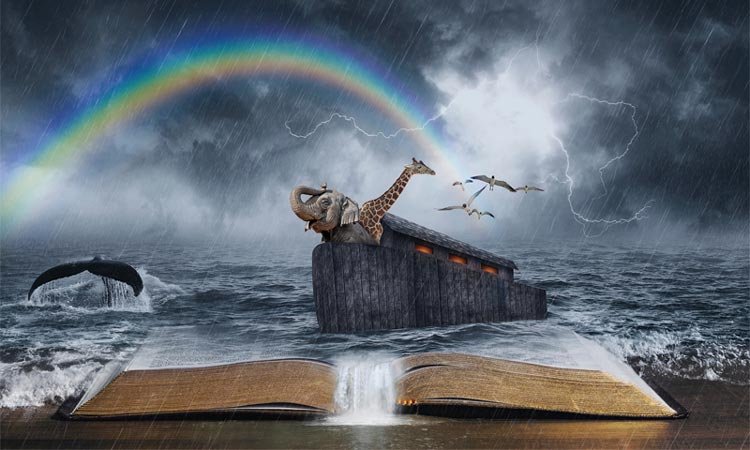 One day, while browsing in a bookshop, I came across an encyclopedia with a section of Bible-related articles. I was curious to see how a secular scholar might depict the great men and women of the Bible, so I began to read some of the short biographies—the prophets Daniel, Jeremiah, and Isaiah; King David; Samson; the apostles Matthew, Peter, and Paul.

One after another, things I had accepted as fact were brought into question: Three people may have written the book of Isaiah; the apostle Matthew may not have written the Gospel of Matthew; Paul may not have written some of the epistles that have been attributed to him. On and on it went. With phrases like “mythological symbolism,” “legendary accreditations,” and “obscure visions,” the author went on to explain in great detail how the Bible shouldn’t be taken literally. Adam and Eve should be thought of as “symbolic prototypes of mankind.” The book of Genesis was merely “a way for certain authors to express their theories on the origins of human life and cultural identity.”

I had only skimmed a few pages when a hollow feeling settled in my stomach. Part of me wanted to close the book, but another part kept flipping the pages, looking for some statement that reaffirmed my faith in the Bible. Then my eyes fell on the closing sentence of the entry on Jesus Christ. “In all the inevitable questioning over the biblical account of the resurrection of Jesus, one fact seems beyond dispute: Jesus’ disciples were prepared to stake their lives on its veracity.” And so have countless others down through the ages, I might add.

I felt vindicated, then ashamed at how little faith I had shown just moments earlier. That closing sentence had driven out and slammed the door on the doubts that had entered and tried to take hold of my mind.

I realized then why so many people still have faith in the Bible, even after reading books like this encyclopedia, which can undermine faith through their skeptical and narrow views. It’s because through the Bible they have come to know its true Author, God, and His Son, Jesus Christ.

God is alive and well; Jesus not only rose from the dead, but He now lives in every heart that invites Him in; and the words found in the Bible are alive and powerful. How do I know these three things to be true? Because I have experienced them for myself. I believe the Bible because I have seen its effect in my life.