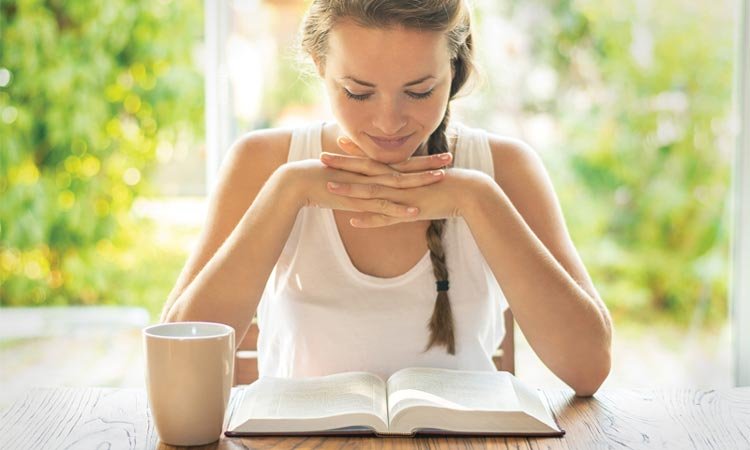 For most of my life I’ve described my faith as a “Jesus-loves-me-this-I-know” type of faith. Jesus said He loved me. The Bible tells me so. I didn’t have a lot of questions. And when I did I was usually satisfied with answers like “only God knows” or “you just have to take this one by faith.” In other words, logic may not apply here, but believe anyway. I was surprisingly okay with this.

Part of it was the fact that I received a pretty solid foundation in the Bible, and it served me well. My faith was deep and grounded. Part of it could also be classified as lethargy. I didn’t always want to do the work of finding answers, defending my faith, and actually seeking a logical basis for my beliefs.

My husband is the opposite. He has a very conscientious, studious approach to his faith. When he has a question about the meaning of a verse, or hears something quoted but isn’t convinced of the context, he’ll get on his Bible app looking at various translations, referencing Greek and Hebrew words, cross-referencing what he finds with supporting verses, etc. His faith has no basis in his emotions, but rather grows from his continual study of God’s Word and evidence of its truth.

I admire his discipline. He’s taken the Bible’s recommendation to “Do your best to present yourself to God as one approved, a worker who does not need to be ashamed and who correctly handles the word of truth.”1

In a podcast I was listening to recently, the speaker was saying that our faith can be supported logically. And that the modern Christian should be prepared to defend their beliefs logically. So I listen to podcasts, cross-reference verses, debate with my husband, read my Bible, and put in the effort. Not a huge amount of work, but more effort than I ever have.

When it comes to faith, there will always be the part that is simply standing on God’s Word. Hebrews 11 chronicles several great stories of faith and notes that “Every one of those people died. But they still had faith, even though they had not received what they had been promised.”2 These great men and women of faith may not have always been sure, but they wanted to believe and were willing to be persuaded. I pray that I will pursue faith the way the heroes of Hebrews 11 did.

More in this category: « Not Alone!