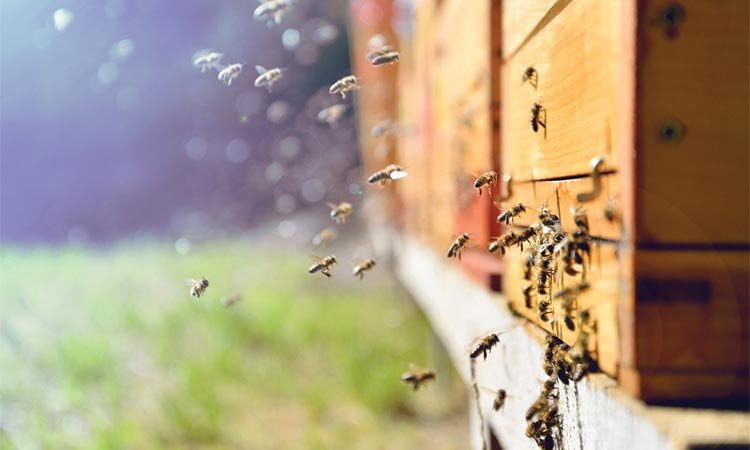 Have you ever tried sleeping with a fly or mosquito in the room? You’re lying there, nearly asleep, when bzzzzzzz—the fly dive-bombs your face. Some flies are even bold enough (or obnoxious enough) to land on your face or ear.

You’re drifting off again, when bzzz … SLAP! You’re too tired to get up and kill the thing, but you can’t sleep because of it.

Sometimes I go through a similar experience, but without the pesky bug. Here’s how it goes:

I’m trying to sleep … nearly asleep … when a little thought sneaks up on me, I neglected to take care of that point on my to-do list. I know I shouldn’t worry. I know there’s no use worrying; I’ll worry about that tomorrow. I roll over and try to sleep, but my eyes pop open as another little thought drifts by: Oh no, I forgot to make that important phone call.

Pipe down, brain, I say. Relax, quit worrying, and go to sleep. You’ve got to get up early tomorrow. There’ll be plenty of time to think about all this in the morning. But nope, try as I might to get to sleep, soon enough along comes yet another one: Isn’t that deadline coming up at work?

And on and on it goes.

Early one morning, after a particularly long and restless night, I dragged myself to the kitchen for some tea and toast. I sat hunched like a zombie, eyes half closed as I tried to read a chapter in Psalms before my day began. I read through Psalm 118 till I got to verse 12 where King David writes of his enemies, “They swarmed around me like bees.”1 I had to smile as I thought back over the long, worry-filled night I had just come through. I wasn’t surrounded by physical enemies, but my worries sure had “swarmed around me like bees”—buzzing, pestering, poking.

I tend to worry about things that I have little to no control over—like a swarm of bees. Bees, like worries, are persistent and hard to get away from. Contrary to what Winnie the Pooh may have taught you, jumping into water won’t help—the bees will just buzz around until you come up for air. Don’t bother hiding either—they’ll very quickly find a way to get at you. You can swat at them and flail wildly, but you’ll soon be overwhelmed.

When you’ve got a bee problem, the best thing you can do is call someone to help you get rid of them. Be sure to wear thick clothing in the meantime.

That’s exactly how King David dealt with the “bugs” in his life—he called in some “pest control.”

And what happened? He tells us: “They were consumed as quickly as burning thorns. I was pushed back and about to fall, but the Lord helped me.”3

A handy beekeeper or exterminator will come along, sedate the bees with smoke, pop the beehive into a box, and take it far away where the bees will be safe and they won’t bother you anymore. When you can’t escape your worries and fears, call in the Expert Worry Exterminator—Jesus—to take care of them for you.

Are you afraid sometimes of what’s ahead? When David was worried or afraid, he turned his cares over to God and expected Him to handle them. Every time David ran into trouble, he cried out to God, and He was faithful to rescue him. “You answered me”—David proclaims—”you have become my salvation!”4 And He continues to do the same thing for us today.

Now, when I lie in bed, unable to sleep because of worries or fears, I’ve learned that the best thing I can do is call out for help. I explain the problem to Jesus, name each worry, and then turn each one over to Him. Sometimes I’ve got a long list of worries, and other times it’s just one thing that’s bugging me. No matter what the problem is, though, I know I can leave it in His capable hands.

Sure, sometimes new worries come buzzing in again. Sometimes I still have restless nights. But I’ve learned that as long as I stay close to my personal “Pest Controller,” I can call on Him to handle any problems that come up. Every time I do, He comes in and swats away that worry—and I roll over and go right to sleep.

If you’re worried and you can’t sleep,
Just count your blessings instead of sheep,
And you’ll fall asleep counting your blessings.
—Irving Berlin

More in this category: « Fire in the Heart Finding Faith »