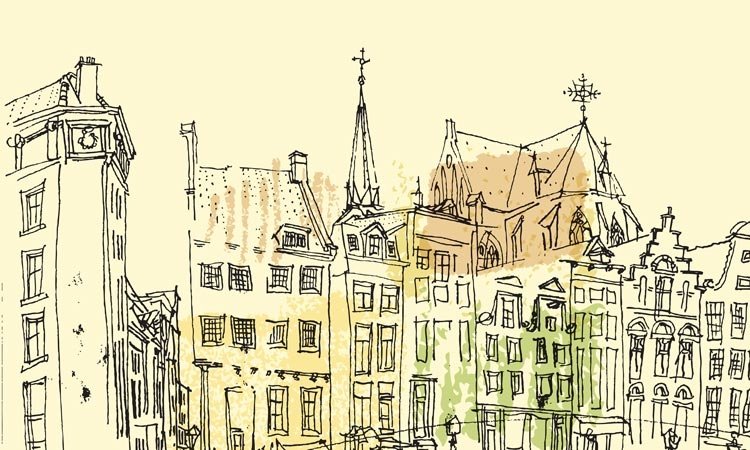 When I was born, only a few years after WW2, Holland was still getting back on its feet, and the aftermath of the war and occupation was still visible. I grew up hearing many stories about the things people had endured, and it filled me with deep respect for the sacrifices that had been made, including by those who chose to stay true to their convictions, even to their own harm.

One such person was Corrie ten Boom, who ended up losing most of her family and spending years in a concentration camp. It would have been easy to say “no” to the Jewish refugees who knocked on her family’s door with panic-stricken eyes. They could have lowered their eyes and pretended not to see the desperate need in order to save themselves. But to them that choice was not even an option. The ten Booms were deeply committed to Christ and knew that selfishness and self-preservation were never His way.

Love always sees the needs of others and does not regard its own comfort. So Corrie and her family chose to resist. Not physically, but they fought with the weapons of faith and created a physical hiding place for the persecuted. Her story is recorded in the well-known book, The Hiding Place.

I was always curious to see where they hid refugees and finally got to visit the house where it all happened. It’s in Haarlem, not far from Amsterdam, and now a museum open to the public. Being there brings back the reality of suffering and war. The rooms are tiny, the hallways and stairs narrow, and the secret hiding place where six Jews were hidden during the fateful Gestapo raid is only 76 cm (30 in.) deep.1

In spite of the suffering, the home on Barteljorisstraat has become a monument of faith and victory. Most of the ten Boom family ended up losing their lives during the war, but it is not hard to imagine the joyful welcome Jesus must have given them the day they entered heaven, their final Hiding Place.

We may not be called upon to make such sacrifices, but Christians are called to light up the darkness in their world, and the lives of those who have gone on before us show the importance of strengthening our convictions and relationship with God to be the light of the world for our day. It is worth it all, for in Him we too have a hiding place.

More in this category: « Having Faith in Faith Paperclip Faith »