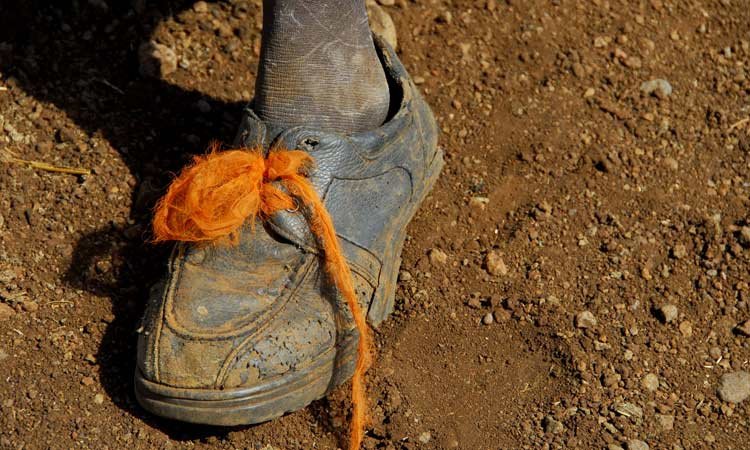 We sometimes limit God’s power to work in our lives because we lack faith. We look at things too much from our own perspectives instead of trying to see them as He does. Our outlook is trapped on an earthly plane. When we find ourselves in that situation, it’s time to change our mindset about some things.

The definition of mindset is: a set of beliefs or a way of thinking that determines somebody’s behavior and outlook. What this means is that the way we look at things, our attitudes, the things we think and believe, determine our behavior.

A major factor in making progress is shedding any mindset that holds you back and taking on a new mindset that will have a positive effect on your behavior and outlook. We all have some wrong attitudes, so we need to find out what those are and fight to change them into positive ones.

Consider the story about two shoe salesmen who were sent by their company to Africa. The first salesman wrote the home office saying, “Nobody wears shoes here,” and turned in his resignation. The second salesman was thrilled with the potential and wrote, “Everybody here needs shoes!”

The first fellow’s mindset, his negative attitude‚ caused him to resign. He had the wrong mindset about the situation, and this mindset determined his behavior, which in this case was to give up in despair. Now contrast that to the other fellow who had a positive mindset. “Everyone needs shoes!” What a difference! The positive mindset brought faith. Where one man saw an impossible situation, the other saw endless possibilities. Clearly, our mindset affects our outlook and, most importantly, our behavior.

It’s important that we shed any negative mindset that holds us back, and instead embrace a new, positive mindset that will change our behavior and performance for the better. To get the most from life and give the most in return, we should focus on the unlimited power of God, which He has put at our disposal. When we do that, we see the potential instead of the problems. That positive mindset will help us to act in a positive, full-of-faith manner—and with faith, anything is possible.1

More in this category: « 10 Things Science Says Will Make You Happy Getting a Better Perspective »