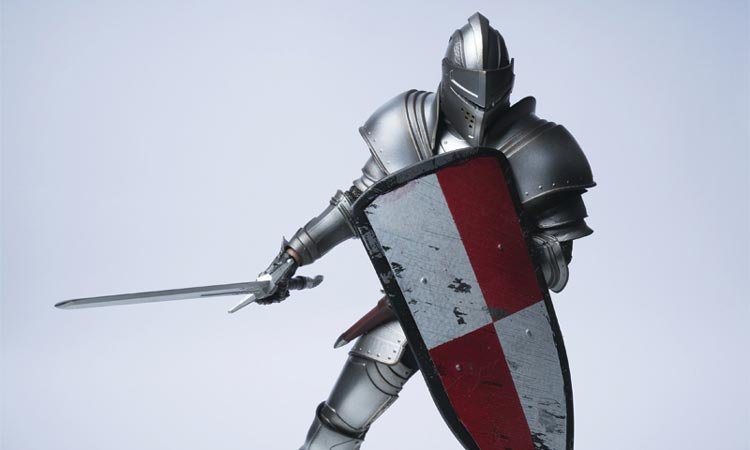 One of the movies I watched the most often when growing up was Man of La Mancha.1 It seemed that every couple of months, some parent, youth group leader, or teacher decided it was time for a rerun. I’m not a huge fan of musicals, but I do have a soft spot for this film.

It’s the story of Alonso Quixano, a rather crazy knight who perceives reality differently than most; in his alternate reality he calls himself “Don Quixote.” He believes he has a dangerous enemy called “The Enchanter” who is out to defeat him, and he’s assisted in various fantastical quests by a chubby squire named Sancho Panza. For example, Don Quixote thinks a windmill is the Enchanter, transfigured, so he gallops off to fight it. Don Quixote also has an amazing way of seeing the good and beauty around him, and nothing daunts him.

Another important character in the story is Aldonza Lorenzo. In the eyes of everyone but Don Quixote, she’s a woman with no worth or class. But to Don Quixote she’s Dulcinea del Toboso, the fairest of maidens. He sees beauty, dignity, worth, and strength in her. The way he sees her eventually changes the way she sees herself.

Throughout the movie, Don Quixote encounters all kinds of challenges, surprises, and tough stuff, yet nothing gets him down. There are dangerous encounters and some sad moments too.

In one of the last scenes in the movie, Don Quixote meets the Enchanter once again. This time, the Enchanter has a new trick up his sleeve. He comes against Don Quixote as the Knight of Mirrors with a small army of knights each holding a mirror. As they surround Don Quixote, they face their mirrors toward him. “Look in the mirrors,” they cry again and again. Don Quixote has nowhere to look but at the mirrors, and it only takes a few moments of facing himself in the mirror to make Don Quixote collapse. In the end, looking at himself broke his spirit.

That happens to me too. I can be strong in caring for others, fixing problems, conquering giants, and sometimes facing very big challenges. As long as I focus outward I’m okay, but the minute I look at myself, I begin to run out of steam. I see my inabilities. I see my weaknesses. I see my failures. I feel defeated.

The apostle Peter was there too. The story I’m thinking of is about one night when Peter and some of Jesus’ other disciples are caught in a storm while in a boat on the Sea of Galilee.2 Their boat is being buffeted along when the disciples see what they think is a ghost walking on the water. They cry out in fear, but it turns out that it’s Jesus walking on the water. “Don’t be afraid. It’s Me,” Jesus tells them.

Peter, always pushing things a little bit, says, “Lord, if it’s You, tell me to come to You.”

Peter gets out of the boat and begins walking on the water. He’s okay for the first few steps when his eyes are trained on Jesus, but within a few moments Peter realizes he’s walking on the water and panics. He realizes that what he’s doing is totally beyond the realm of his personal capabilities, and it terrifies him. He gets his eyes off of Jesus, loses his steady gaze, and starts to sink.

Of course, Jesus reaches down and pulls Peter up. Then Jesus gives him a little chiding: “Why did you doubt?” Jesus and Peter get into the boat and the sea calms.

While Peter was looking at Jesus, he could actually walk on the water. When he looked at the waves and his own incapability, he started to sink. He realized how crazy it was for him to be walking on water, and it spooked him. The beautiful thing about Peter’s story is that Jesus was there to pick him up.

Jesus promises that when you are weak, He is strong. When you feel incapable, He is capable. Looking in the mirror, focusing too much on yourself, might be the end of you, the way it was for Don Quixote. But you always have the option of looking up again. The option of knowing that Jesus is always there to fill in your gaps.

I have learned that when I feel that way, I need to immediately quiet myself and ask Jesus for His strength. It doesn’t generally come in a huge empowering gust. But I get the strength I need for each moment, often moment by moment.

Don Quixote was done in by looking at his own reflection. Peter began to sink when he began looking at the waves. I go under every time I become overly introspective, or whenever I try to power through without asking Jesus for help. But I’ve learned that I can sidestep that unpleasant collapse by simply turning to Him. I’ve learned that I am not alone. It’s never just up to me and my abilities. It’s Jesus and me. And thank Him for that!

More in this category: « The Tribulations of the Cyclist