The Tribulations of the Cyclist 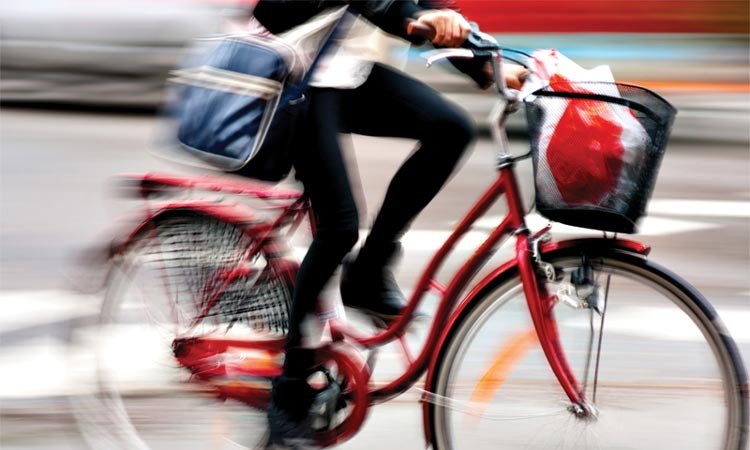 We live on a country road on the outskirts of a small town. There are two ways to enter our village from our side of town, but both present several obstacles for cyclists like my husband and me.

One entrance has a STOP sign that is habitually ignored by the motorists, many of whom pay no attention whatsoever to the right-of-way rules. Many folks use this road as a shortcut and don’t realize that there are narrow stretches, pedestrians shopping at roadside stalls, and lowly cyclists on our way to town.

The other entrance is a narrow country road that enters the village right in front of a busy school. During school hours, many parents seem to forget that this is a public road and pull over to park in any which way—then sit there talking on their cell phones. Across from the school is a construction site, so there are large trucks trying to squeeze their way through all this. Once again, it seems like the lowly cyclist is the least of everyone’s concerns.

So what happened to this supposedly defenseless cyclist? I began looking at these two entrances as “war zones,” and I was ready for the fight! As I cycled into town almost daily, I would mentally review the scene of whatever “injustice” had been done to me, so that when I reached home I could relive the details. “You won’t believe what happened this time!” I’d announce to my husband. Each incident would be reinforced in my mind as I replayed the event. What did the crazy driver do? And how did I respond?

Until I stopped doing that.

It was simple. I realized that there were other, more important things going on in my life than getting through these two narrow lanes each day! I just needed to be conscious that I may face a couple of complicated maneuvers on my way to town, that’s all. Doesn’t every road in life present some obstacles? And if every fellow driver is fighting his or her own battles, would it hurt me to be a bit more patient? Or courteous?

At the time, trying to overcome the aggravation and let it pass seemed like a big resolution. Now it seems like the only logical thing to do. As we journey down life’s road together, I’m sure my fellow drivers sometimes also need to have patience with me.

Sally García is an educator, missionary, and member of the Family International in Chile.

More in this category: « God’s Dominoes Knights and Mirrors »