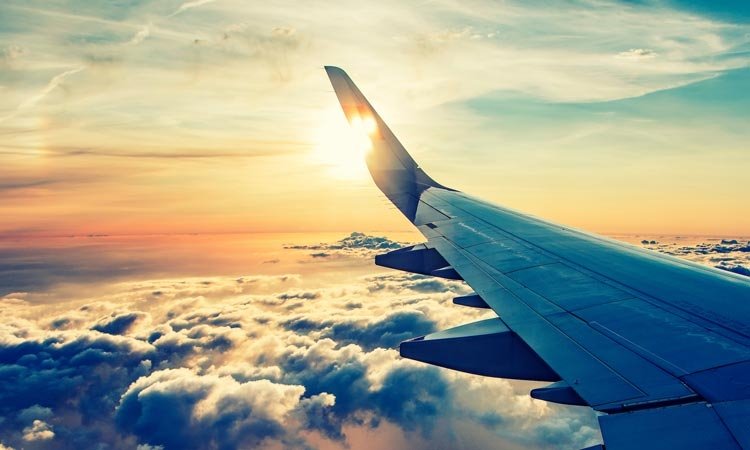 I sat back in my seat and waited for takeoff. My back ached and my limbs were stiff from the five-hour drive to the airport and the two-hour first leg of my flight home. I wasn’t looking forward to another five hours in cramped economy-class seating.

My mind drifted to my daughter, not yet 18 years old, who I had just taken to live with her older brother for a while. I was going to miss her! It was her first time away from home, and my heart ached at the thought of not having her near me. I knew this feeling well. She was the fifth of our six children to leave home. I should be getting used to it, I thought. But the same empty feeling started to overtake me. Tears burned in my eyes, but I determined not to give in to my emotions.

As the plane taxied down the runway, I closed my eyes and lifted my heart to Jesus, asking Him to grant me a safe flight and to keep my dear daughter and the rest of my children safe in His care. I thanked Him that He always had. His still small voice whispered to my heart that all would be well with my daughter, just as it had been with her four older brothers who had left home before her.

The plane took off, climbed, and then leveled off.

Peace came over me as I drank in God’s assurances and remembered how He had never failed to answer my prayers for our children. Tears of longing turned to tears of gratitude as I thanked Him for His faithfulness and comfort.

When I opened my eyes, I saw that a woman and a little girl about three years old had moved into the seats next to mine, which had been empty at takeoff. Although I had hoped for empty seats beside me so I could stretch out, I understood how the stewardess probably felt they needed the space.

I watched the mother struggle with her daughter, who was tired and whiny and sleepy. I offered the woman my pillow and an extra blanket to cushion the child’s head. With a grateful look, she explained they’d already flown for eight hours. Soon the little girl fell asleep, half in her own seat and half in her mother’s lap.

A meal was served, we made a little small talk, the stewardess collected the trays, and the woman tried to get some rest. A few minutes later, I noticed a tear run down her cheek, then another. She tried to brush them away before I could see, but quickly realized I already had and gave me a sheepish smile.

“Yes, yes,” she said. But the tears kept coming.

I gently touched her arm. “Is there anything I can do for you?”

After a valiant effort to compose herself, she explained that she’d just taken her 16-year-old son to the United States, to study. She had seven other children, but he was the oldest and the first one to leave home. She missed him already.

I looked at her in amazement. Here I was, sitting next to a woman who was experiencing the exact same emotions I had only minutes earlier, thinking about my own dear daughter.

I took her hand in mine and I told her that I understood. I explained about my daughter and shared the comforting thoughts God had whispered to my heart just a short while before. She listened intently and smiled through her tears when I told her we could pray for our children and then trust God to care for them.

After parting, I thanked Jesus for a safe flight and for the way He so perfectly engineers things. I believe He worked out those seating arrangements on the plane so I could pass on His words and reassurances to someone else. He wanted to comfort us both.

The Father of compassion and the God of all comfort … comforts us in all our troubles, so that we can comfort those in any trouble with the comfort we ourselves have received from God.—2 Corinthians 1:3–4 NIV

Encourage one another and build each other up.—1 Thessalonians 5:11 NIV

Can a mother forget her nursing child? Can she feel no love for the child she has borne? But even if that were possible, I would not forget you!—Isaiah 49:15 NLT

Lilia Potters is a writer and editor who lives in the U.S. She has 6 grown children and 14 grandchildren, one a 10-year old grandson with high-functioning autism, for whom she cared full-time until he was 6 years old. She is still involved in his care, and her experience with autism has made her passionate about spreading awareness, and helping families with children on the autism spectrum.

More in this category: « Happy People My Father Sent Me »