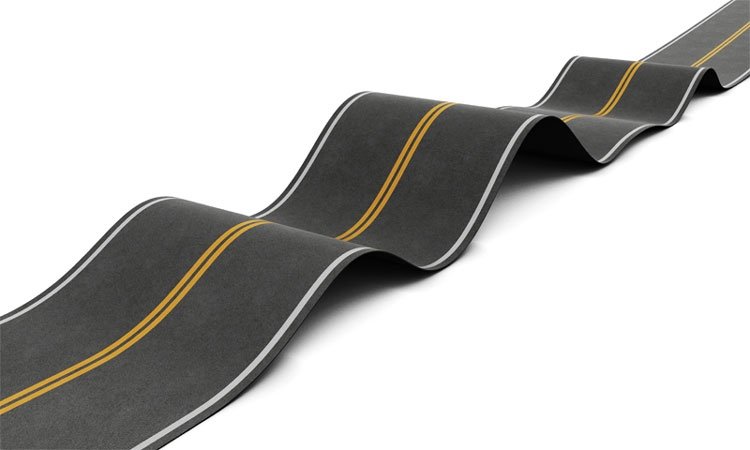 It’s well known that in fiction, plots along the lines of “Matilda is happy, beautiful, successful, and will live happily-ever-after-forever-and-ever” don’t make the most captivating stories or become bestsellers. Even picture books for children need to involve some kind of tension—an obstacle that the child needs to work through in order to achieve his or her happy ending. Whether it’s a little boy handling his first day of school, or a little girl learning to share her toys, the story isn’t captivating if it starts off perfect.

Whereas books that go something like, “Man is falsely accused of a crime he did not commit, is imprisoned for countless years before he finally escapes with the intention of confronting his accusers and clearing his name” pique our interest. We want to know what happens next. We want to find out if things turn out right. We begin to want things for the characters because we’re able to relate to the difficulties they’re experiencing.

But in real life, not too many people care for the lows. We wish we could skip them or we could put life on fast forward to get to the good parts, the happily-ever-afters, and the scenes where one gets to ride off into the sunset or stand over a slain Goliath with sword thrust high in the sky as an orchestra plays in the background. But it’s the highs and lows that the hero or heroine went through before that ending scene that give meaning to the story. If that weren’t the case, movies would last ten minutes instead of ninety.

Real-life lows come in all shapes and sizes. It could be depression over a situation in one’s life that doesn’t seem to have hope of getting better, or impatience toward situations or people that aren’t meeting one’s expectations, or perhaps tragedy has struck—and times when we once enjoyed life seem to be either a distant memory or a foggy future hope.

King David told God in Psalm 139:16, “Every day of my life was recorded in your book. Every moment was laid out before a single day had passed.”1 There must be something within the lows that God has ordained to strengthen us and that will bring increased value to our lives.

Nelson Mandela was imprisoned for 27 years, which I’m betting were some of the lowest in his life. But he never gave up hope for his country and his cause. He learned, he studied, and when his moment arrived, he was ready. The Nelson Mandela who went into prison wasn’t the same Mandela who was freed over two and a half decades later. Those 27 years in prison mattered; they made him into the man he became who was able to lead a reconciled South Africa.

I think that’s why the lows in life are important: they get us thinking about what truly matters in life. They also cause us to consider what more God wants for and from us. They can bring insight, direction, wisdom, and valuable lessons our way if we are open to it.

Everyone knows about David slaying Goliath, but the part that not everyone remembers as clearly was how David was initially left behind to tend sheep while his older brothers went off to war. David probably felt frustrated and possibly even angry—hadn’t he single-handedly dispatched lions and bears that had tried to attack the family’s flock?

But it’s during this time, as David watches his brothers leave for the front lines while he passes time watching his father’s sheep, that he recognizes within himself a desire to fight. So when he’s asked to take food to his brothers, and when the opportunity presents itself, he grabs ahold of it, because he sees the potential fulfillment of the passion God has placed in his heart.

A friend and his wife were looking for the right house to move into a short while ago, and while there were a few prospects, none of them were ideal or worked out as they’d hoped. They were discouraged, but at the same time, I realized in talking with them that with each house they saw and evaluated, they gained a better understanding of what they were looking for in a home and neighborhood. The hunting and waiting process was worth something—when the right house came along, they were better equipped to recognize it.

I’m not sure I’ll ever come to enjoy a “low” in life, but by remembering to look for meaning when they show up, I’m coming to terms with the fact that they’re often the walkway that God uses to bring me to a different point in life.

The following Psalm is a comfort to me during such times: “I waited patiently for the Lord; he turned to me and heard my cry. He lifted me out of the slimy pit, out of the mud and mire; he set my feet on a rock and gave me a firm place to stand. He put a new song in my mouth, a hymn of praise to our God.”2

Life continues beyond the lows, and as you brave through them, God can give you a new song to sing.

More in this category: « The Burnt Saucepan Lasting Riches »