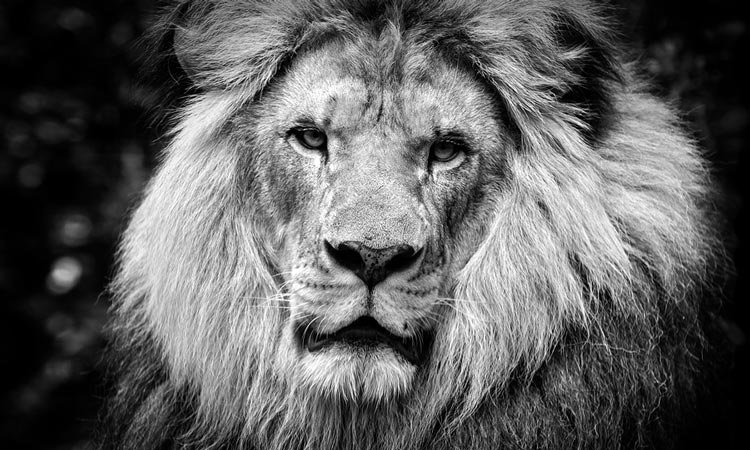 In The Horse and His Boy, one of the seven novels in C. S. Lewis’s The Chronicles of Narnia series, a boy named Shasta dreams of traveling to the unknown north, which turns out to include the magical land of Narnia. One night Shasta overhears the fisherman he has been led to believe is his father sell him to a noble from a neighboring kingdom. (We find out much later that Shasta had been shipwrecked as a baby and was found by the fisherman.)

As Shasta awaits his new master in the stable, he is surprised to find out that the noble’s stallion, Bree, is a talking horse from Narnia. Bree explains that he was kidnapped as a foal and sold as a warhorse, and suggests that they escape together. Their journey north is long and perilous, and they have several encounters with lions along the way.

During the first, Shasta and Bree meet two others who are trying to escape to Narnia—Aravis, a young aristocrat who is being pressured into marrying an unsavory character, and her talking mare, Hwin, who was also kidnapped from Narnia. The four decide to travel together.

After Shasta is separated from the others, he arrives first at their prearranged meeting place and must spend the night alone among some spooky ancient tombs. He is awakened by a rustling in the brush, but it is only a cat, who settles in at Shasta’s side. When he is awakened again by the cry of jackals, followed by the terrifying roar of a lion, he opens his eyes and is relieved to find only the cat.

After meeting up and learning of a plot by evildoers to invade Archenland, a small kingdom that borders Narnia, and then conquer Narnia itself, the four are off to warn Archenland’s King Lune when another lion comes upon them. This causes the horses to run even faster, but the lion overtakes them and attacks Aravis. Shasta drives the lion away. The horses are exhausted, so Shasta leaves them and Aravis in the care of a kindly hermit and runs on foot to warn the king.

Shasta meets up with King Lune and his hunting party, delivers the message, and heads off with them on a borrowed horse, but gets separated in the fog. Lost and downcast, Shasta senses a presence walking beside him in the darkness. Eventually the two get into a conversation, and Shasta recounts what he sees as his many misfortunes, including his recent encounters with lions. The presence turns out to be Aslan, the “Great Lion” from the other Narnia books, who reveals that he is the only lion Shasta has encountered on his journey:

“I was the lion who forced you to join with Aravis,” Aslan tells Shasta. “I was the cat who comforted you among the tombs. I was the lion who drove the jackals from you while you slept. I was the lion who gave the horses the new strength of fear for the last mile so that you should reach King Lune in time. And I was the lion you do not remember who pushed the [lifeboat] in which you lay, a child near death, so it came to shore where a man sat, wakeful at midnight, to receive you.”

A golden light breaks through the fog, and Shasta turns to see “pacing beside him, taller than the horse, a Lion. It was from the Lion that the light came. No one ever saw anything more terrible or beautiful.”

Aslan vanishes, Shasta finds his way to Archenland, and King Lune then recognizes him as his own son Cor, the long-lost elder twin of Prince Corin and therefore heir to the throne. Cor and Aravis eventually marry. “And after King Lune’s death they made a good King and Queen of Archenland.”

This children’s fantasy contains some timeless truths: The difficulties we face in life are not left to chance. God allows each one for a specific purpose, all can ultimately work out for our good, and none are too great for us to overcome with God’s help. The “lions” that we fear may actually be for our benefit, because without them we wouldn’t reach our destination; we’d never become the people God wants us to be.

From our perspective, troubles hardly seem like good things, but God knows what He’s doing. He knows where we should be in every sphere of our lives, and He will help us get there if we will do our part, which begins with trusting Him that whatever troubles we encounter on the way are within His benevolent control.

More in this category: « Live with Joy The Violin and the Broken String »