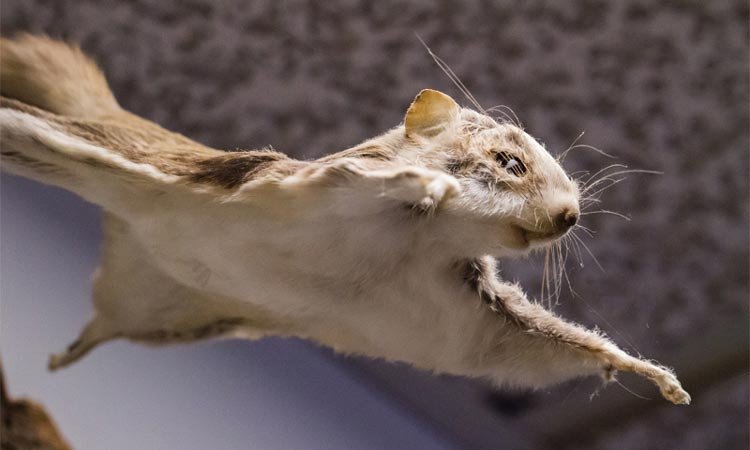 “Miserable!” That was the only way to describe how I was feeling that day. My husband had had to travel—again!—And there I was alone with our four children. Finances were low, my health was bad, and my teenage daughter was going through a crisis. I prayed—oh, how I prayed—that Jesus would make things a little easier to bear!

Looking out my window at a grove of trees swaying in the gentle breeze, I recalled other times when Jesus had encouraged me to hold on until He could work things out.

That’s when I noticed a little squirrel, squeaking away as he climbed up and down the trees, seemingly without a care in the world. I envied the little fellow.

My squirrel chose that moment to change tactics. Instead of running up and down the trees, he started hopping from one tree to the next. He jumped over to the last tree in the cluster, and then looked at one more tree that stood apart from the others. He seemed to be deliberating.

I mentally measured the distance between the squirrel and that tree, and it seemed two or three times as far as he had been jumping. Here was a massive challenge.

“You can’t be serious, little fellow!” I muttered.

But he wasn’t looking for my advice. He ran the length of the branch a few times, squealing frantically. Then he stopped and eyed the distance once more, crouched, and leaped. I wanted to turn my eyes away. Surely this was going to end badly!

But no! He flew across that immense span and landed in the other tree with the grace and glory that come from knowing one is meant to perform such feats. He chattered in victory and scampered farther up the tree, as if to his reward.

I knew then what had been missing. I had been so busy looking at my problems—measuring the distance between the trees—that I was afraid to let go and sail to the other side. I had lost sight of my Maker, my Savior, my Best Friend’s care for me.

As I watched the squirrel, now merrily chattering away in the treetop, I knew that Jesus had answered my prayer—not through a spectacular miracle, but rather the example of a happy little squirrel. The same God who took care of him was going to take care of me.

More in this category: « The Violin and the Broken String