The I-ness of Shyness 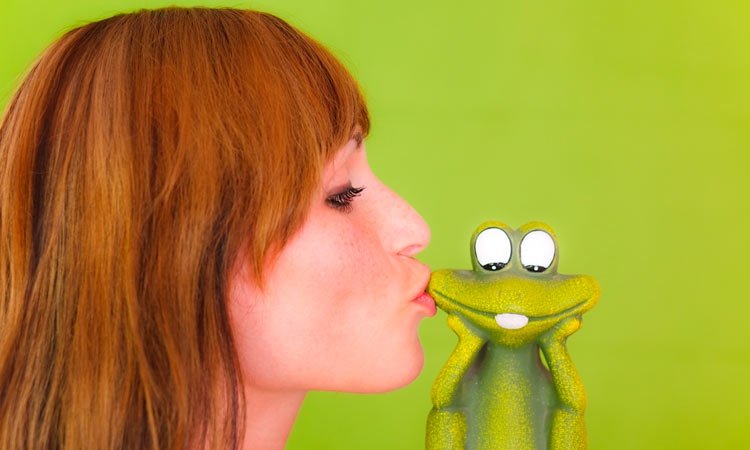 Sadly, this sort of thing happens all the time in real life. Think of all the beautiful relationships that could have blossomed but never did, the Romeos that never embraced their Juliets because both of them were too shy to make the first move. Or, think of all the Carusos, Mozarts, and Rembrandts that the world will never know because they were too shy to let their gifts be seen by others, the bottled-up geniuses who never dared to express themselves.

While some people are naturally open and can talk a blue streak, others are more introverted, withdrawn, reticent. But most people who suffer from “inhibited social contact initiative syndrome”—as some now call what was once simply termed shyness—don’t want to be that way. They would like to be able to interact with others more freely, but it is very hard for them to break out from behind the walls that hold them prisoner.

Shyness is usually a combination of fear and self-consciousness. When we’re shy, it’s often because we’re worried about what other people might say or think about us, especially if we’ve heard it before or think it ourselves. Maybe we think we’re too tall or too short, or too fat or too thin, or ugly, or whatever.

That was Cass Daley’s problem. She wanted to be a singer, but she was very self-conscious because of her large mouth and buck teeth. When she began singing in nightclubs as a teenager, she tried to hide her buck teeth behind a down-stretched upper lip. The result was that she made herself look ridiculous.

One night, a man heard her sing, recognized her exceptional talent, and wasn’t too shy to tell her the truth. “See here,” he said to her bluntly, “I’ve been watching your performance and I know what it is you’re trying to hide. You’re ashamed of your teeth.” Cass was embarrassed, but the man continued, “What of it? Is there any crime in having buck teeth? Don’t try to hide them. Flaunt them! The audience will love you when they see that you’re not ashamed. Besides, those teeth you’re trying to hide may make your fortune.”

Cass Daley took his advice. From that time on, she opened her mouth wide and sang with such gusto and enjoyment that she became not only a successful singer, but also a film actress and comedienne.

How can we overcome shyness and timidity? One way is to forget about ourselves, like Cass Daley did. When we stop worrying about all the things we think others would like us to be and instead are content with the way God made us, then we will stop worrying so much about the opinions of others.

No one wants to be met by a cold stare of rejection, but if you spend your life avoiding rejection, you will never get very far or accomplish much. Step out. Nothing ventured, nothing gained.

The author and dramatist George Bernard Shaw is another example of someone who overcame shyness, and he went on to become one of the wittiest, most outspoken public speakers of his time. When asked how he managed to change, he replied, “I did it the same way I learned to skate—by persistently making a fool of myself until I got used to it.”

As a young man, Shaw was so timid he would often walk up and down a street for 20 minutes before he dared to knock on the door of someone with whom he wasn’t well acquainted. “Few men,” he confessed, “have suffered more from shyness and simple cowardice than I have—or have been more ashamed of it!”

Finally he hit upon a way to conquer his shyness and fear. Determined to turn his weak point into his strongest asset, he joined a debating society. He also attended every meeting in London in which there was to be a public discussion, and forced himself to take part in the debate. With practice, his public speaking improved. Eventually George Bernard Shaw became one of the most confident and brilliant speakers of the early 20th century.

Cass Daley and George Bernard Shaw had at least two things in common: determination and a plan. Those are key elements of self-help, but there’s something else, a catalyst that can both ease and speed the process exponentially. God’s Spirit working in us “is able to do immeasurably more than all we ask or imagine.”1 God-help is vastly better than self-help alone.

This applies to shyness, but it also applies in every other area of life. Whatever area of your life you want to change for the better, God wants to help you do it.2 Some changes are instantaneous, but most are gradual. We are His handiwork, but we are all works in progress. With shyness, the more conscious you become of God’s loving presence in your life, the more secure you will feel in that love, the less self-conscious you will be, and the more at ease you will be with others. It’s like what happens when you stream clean water into a bucket of muddy water—eventually clean water will displace nearly all of the muddy water so the water in the bucket is all but pure. In this case, the clean water source is quality time with God, spent in meditative prayer or reading the Bible or other material that brings you closer to Him.

“Draw near to God and He will draw near to you,” the Bible promises.3 Every time you reach out to Him, His Spirit touches and changes you a little more.

“My first language was shy. It’s only by having been thrust into the limelight that I have learned to cope with my shyness.”—Al Pacino (American film and stage actor and director; b. 1940)

“I was the shyest human ever invented, but I had a lion inside me that wouldn’t shut up!”—Ingrid Bergman (Swedish actress; 1915–1982)

Overcoming shyness isn’t just something you should do for yourself; it’s also part of being a contributing member of society. When you have a thought or idea that deserves to be heard, you’re not only hurting yourself by keeping quiet, you’re hurting the people around you.

Other people need you. They need your intelligence and insight. They need your help to work through problems. By hiding behind shyness, you limit the help you can give to your friends, family members, and colleagues.—By Erin Falconer (www.pickthebrain.com)

More in this category: « Breaking Down Fear Alleviating Worry »