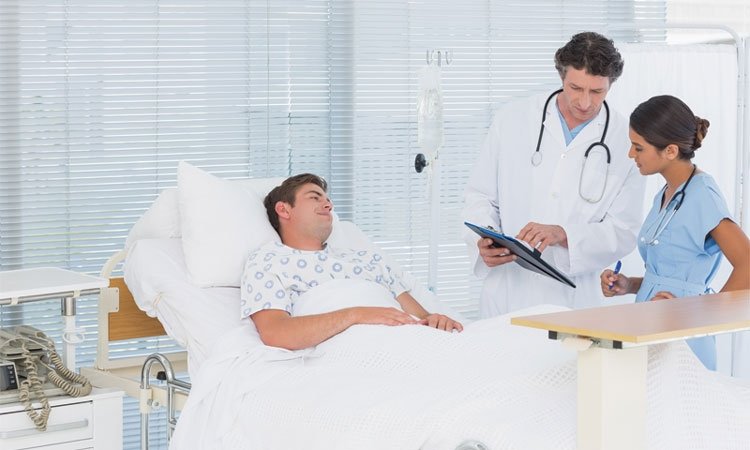 My worst fears came upon me the day I landed in the hospital. I dreaded entering the huge, ominous health factory, where impersonal doctors would study my symptoms with a distant professional look, and nurses would appear at my bedside at the strangest hours to stick me with a thermometer, an injection, or a cup of weak coffee.

God, get me out of here!

How can you say that? I hate it here!

I was certain God had me mistaken for somebody else. I didn’t belong in this place. Why me?

Don’t worry, God said again. I am with you all the time.

That thought gave me some peace. I lay back on the bed and tried to relax. But I was still a bit worried. I still felt nervous when a new doctor appeared and narrowed his eyes as he looked at my charts.

Nurses still stuck thermometers in my mouth. They still poked my arm with their needles first thing in the morning, but I saw God smiling too.

And it helped. There was a peace. Not the kind you feel when you sit on a bench near a beautiful mountain lake listening to the birds sing praises to the Creator. Still, there was a peace, and maybe, in some strange way, that peace was even better than when sitting in front of a lake.

Apparently others saw it too.

The day I left the hospital, a man I had never seen before came up to me.

“Why would you say that?”

“Two weeks ago, I was brought in for an emergency. I was going on holiday, but instead I ended up in the hospital. I was seriously considering jumping out the window. Then I saw you.”

What’s so good about that?I wondered.

“You were so peaceful. You had no stress. I wondered why, but then I saw a Bible near your bedside. Then I knew—God is with me. There’s nothing to fear.”

He shook my hands and thanked me profusely for helping him.

Helping him? I had done nothing of the sort. I had been preoccupied with battling my own fears.

But then I heard God again: I told you, I am with you all the time. There’s nothing to fear.

More in this category: « Weak yet Strong The Long Dark Night »