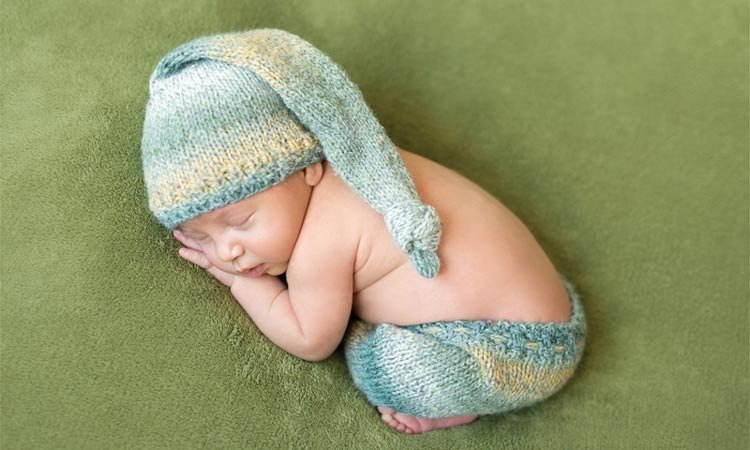 I had walked to the health store, ten blocks from home, to pick up some vitamins. Though I loved walking and made this trip often, something felt different that day. I had fumbled with my change and forgotten my list.

On my walk home I stopped at a crosswalk, waiting for the light to change. After some minutes, I noticed people looking at me strangely. I realized I had been waiting at the crosswalk through several light changes. Then it seemed like a very long walk home.

Walking into the kitchen, I began preparing dinner. The kids had returned from school and I knew I had to hurry. Then the oddest thing happened. I looked at the pool of water on the floor and it dawned on me. At barely seven months pregnant, something was really wrong and I was going into labor.

We had been seeing a midwife who had come to the house several times to check on me. She quickly came over and confirmed that my water had broken, and due to the timing, I needed to go to the hospital right away. I soon found myself in a hospital on total bed rest, waiting for this baby who wanted to make his debut eight weeks too early.

It was a long week. I hated being in the hospital, but was assured that I had no choice about staying, because my uterus was compromised. If I didn’t deliver soon, I would develop an infection and have to have an emergency delivery. I argued that I’d had three perfect, natural deliveries, three perfect babies, that this couldn’t be happening; but I was told that if I left the hospital, the baby would die, and I myself could die as well.

They were right. After one long week of praying that the baby would stay put as long as possible, I began to feel really sick. Suddenly my temperature spiked to 105 (40°C) and I was rushed into the delivery room. After sporadic contractions, difficult interventions, and a near cesarean, I gave birth to my second son.

It was different from my other deliveries, and I had a hard time rejoicing. It meant desperate prayer, intense medication, and having my baby whisked away to intensive care. That night was the most difficult of my life—alone, battling an intense infection moving through my body, and having been told that it was “touch and go” and that my baby boy had a 50/50 chance of making it through the night.

There are degrees of desperate prayer. I had regularly prayed for others and for protection for my family and all the usual things. But nothing had ever come close to the desperation I felt that night. I was sick and helpless, and there was nothing I could do except pray. I did nothing else. I couldn’t sleep. I awaited injections of medication and prayed. It was the darkest night of my life and a test of all I believed and had staked my life on.

How often I had told others about the power of prayer. How often I had quoted verses from the Bible on believing to receive. But this night, both this newborn child and my faith were on the altar, and all I could do was claim God’s promises for healing that I had memorized and fight to believe that God would spare my baby.

The day dawned, and a nurse arrived to tell me he was stable. My own fever broke and I rested calmly, sleeping for the first time since the delivery. When I woke up, I was told I could go to intensive care and see my son.

I held the tiniest baby in my arms and wept. God had kept him and me through the night. He had strengthened his weak heart and lungs and kept him alive through a rough delivery. He had almost died, but he had fought for life and the Lord had fought for us through the long, dark night. I held this gift in my arms and knew that as surely as God had kept us, He had kept His Word and it would not fail.

Things may not always go according to plan. Emergencies happen. So many things we hope for in our lives can go wrong. But one thing is certain. God is on the throne and prayer changes things. His promises stand strong when we need them most. His Word is a sure foundation on which to stand during the long, dark nights of our lives.

You will seek Me and find Me, when you search for Me with all your heart.—Jeremiah 29:13

Though I walk through the valley of the shadow of death, I will fear no evil; for You are with me; Your rod and Your staff, they comfort me.—Psalm 23:4

He was fully convinced that God was able to do what he promised.—Romans 4:21 CEB

More in this category: « Nothing to Fear A Climb That Healed »