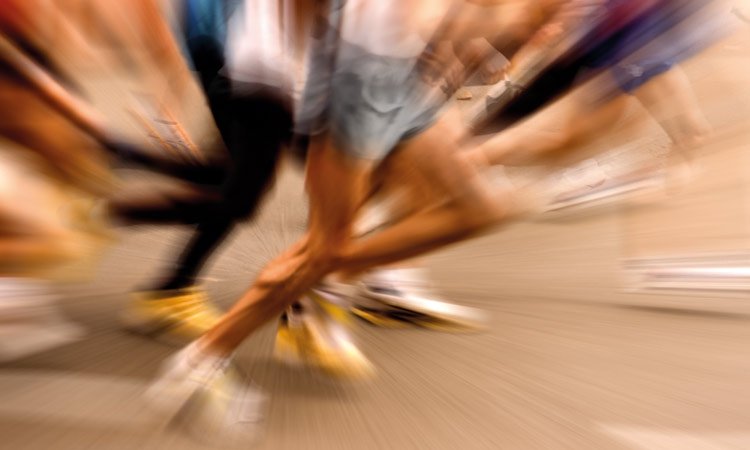 As I strolled along the river, swans and other birds added to the beauty of a sunny Sunday afternoon that was wasted on me. The past few years had been a nightmare. Alcoholism was taking its toll. Guilt, negativity, and discouragement hung over me like dark clouds. I was separated from my wife and had lost my job. I had also lost the respect of all my friends and coworkers. I felt like a worthless failure.

A few joggers passed me up. A group of young people raced by on bicycles. I hardly noticed them either, as my mind relived the events of the past few years, trying to figure out where I had taken the wrong turn that had led me to this awful place.

I turned to see a boy of about seven, running my way. As he passed, he yelled again over his shoulder to his younger sister, probably five, who seemed about to give up in what was apparently a race between them.

“Don’t stop now! You have to get to the finish line!”

It reminded me of a scene from the film Chariots of Fire (1981), where Eric Liddell, one of the runners in a 440-yard race leading up to the 1924 Olympics, was bumped by another runner and fell to the infield. As all of the other runners passed him, I imagined what must have gone through his mind in that moment. Give up! You have lost! Don’t bother to finish the race! Instead, Liddell picked himself up, got back on the track, and ran as though he was destined to win—and he did!

I smiled for the first time in a long while. A beam of light had broken through my darkness. So what if I had fallen into the depths? The only way out for me now was up! I could get up, I told myself. I could get back on track and run. I might not win in dramatic fashion like Liddell, but I could finish the course, the great race of life.

Time has passed. I’m still running and have gained some important ground. I am now a recovering alcoholic, and have found renewed purpose and fulfillment in a life rededicated to sharing God’s love and hope with others.

It’s never too late to get up and try again.

Scott Montrose is a member of the Family International in the Middle East.

More in this category: « The Way Home Falling »