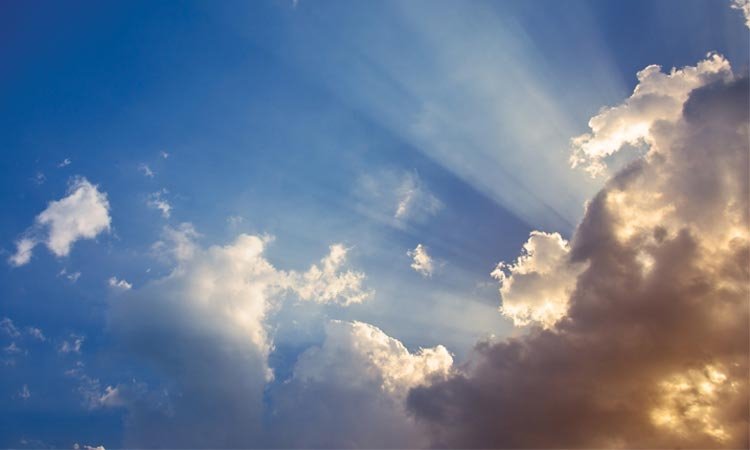 I remember my mother often reminding us children to “look on the bright side” and “be thankful for the little things.” If we’d complain about the hot weather in mid-June, she’d point out, “At least we can go swimming, right?” If we’d complain about not having dessert one night, she’d ask, “Doesn’t that make you thankful for the nights we do have dessert?” She tried to teach us to take every seemingly “bad” or “sad” situation we faced and look for something that we could appreciate or be happy about. She called this concept “looking for the silver lining.”

According to the Oxford Online Dictionary,1 the English idiom “every cloud has a silver lining” means that every difficult or sad situation has a comforting or a more hopeful aspect, even though it may not be apparent immediately.

Many of God’s people were faced with difficult or trying circumstances and needed to find the “bright side” of the situation in order to survive. Take Paul and Silas, for example. In the book of Acts, we read about them preaching the gospel and bringing people to Christ in Philippi. Unfortunately, some of the city’s elders roused an angry mob against them:

“The crowd joined in the attack against Paul and Silas, and the magistrates ordered them to be stripped and beaten with rods.

“After they had been severely flogged, they were thrown into prison, and the jailer was commanded to guard them carefully.

“When he received these orders, he put them in the inner cell and fastened their feet in the stocks.

“Around midnight, Paul and Silas were praying and singing hymns to God, and the other prisoners were listening to them.”2

“Suddenly there was such a violent earthquake that the foundations of the prison were shaken. And at once all the prison doors flew open, and everyone’s chains came loose.”4

This was their big chance! They could escape! But instead of hightailing it out of there, they stayed and told the jailer, “We are all here!” Being imprisoned is a dreadful circumstance, but Paul and Silas found a silver lining when they were able to preach the gospel to the jailer and bring salvation to him and his family.5

Our family faced a “storm cloud” of sorts when a friend borrowed our vehicle while we were on vacation and totaled it. Then it seemed the insurance company might not process our claim, because our friend wasn’t on our insurance plan. So you can imagine that we had a very hard time looking on the bright side of this situation.

One day, after getting off the phone yet again with our insurance company, I was complaining to myself about our situation: the car, our bills, our health problems, and just about my general sorry lot in life. I then happened to glance over to the newspaper on my desk, and that’s when I saw that compared to so many, I have so, so much to be thankful for:

• Even though we had to put a large amount of money into buying another car, and take on a loan, it’s a much better car than the previous one. And the auto insurance company finally agreed to pay toward the damages.
• Even though I work crazy hours, I have a good job that is providing steady income.
• Even though we’ve had high medical bills from past health issues both my husband and I had, the physical therapy is working and our health is improving.

So, yes, losing our car wasn’t easy, and being indebted in order to pay for the new one isn’t fun either, but no one said life would be a breeze. The next time I find myself in a tough situation, like Paul and Silas, I’ll try to choose to thank God for the silver lining instead of questioning Him about the unpleasant things He’s allowed to happen.

More in this category: « Falling Together Giving Him All the Pieces »