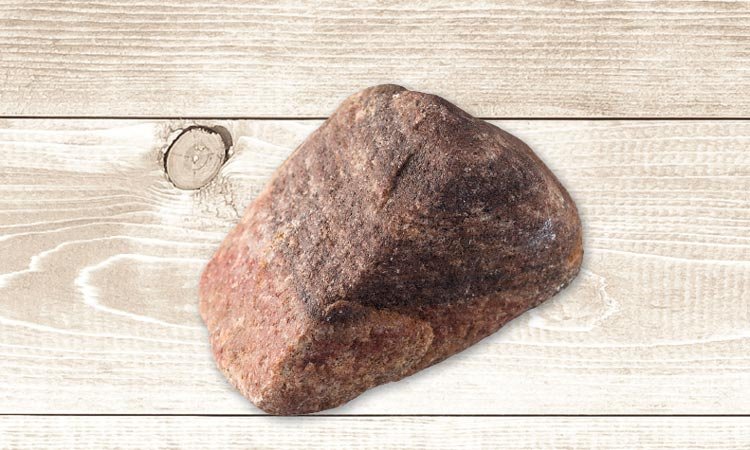 “What’s that?” my friend asked, pointing to a small brown stone on my coffee table. I had to smile, thinking how odd that plain little rock must look to her. Usually, people’s coffee tables showcase something valuable, or at least, beautiful. Instead, I had a plain old garden-variety rock.

“That’s my Ebenezer stone” I answered. “In Hebrew, Ebenezer means ‘stone of help,’ and in the Old Testament, God’s people would set up a stone to commemorate a special victory or event. Samuel put up an Ebenezer after Israel defeated their enemies, the Philistines, and Jacob also put one up after his dream about the ladder reaching into heaven.”

I flashed back to a time when I was in a new situation and was desperate for God to show me the way. One morning, I read the Bible story of Jacob running for his life from his twin brother Esau.

The first night, Jacob dreamt he saw angels going up and down a ladder leading to heaven. Then God appeared and spoke to Jacob, giving him many beautiful, reassuring promises, including “I am with you and will watch over you wherever you go... I will not leave you until I have done what I have promised you.”1

When Jacob woke up the next morning, he was in awe and said, “Surely God is in this place.” He took the stone he had slept on and set it upright, then he made a vow, saying, “If God will be with me and will watch over me on this journey I am taking and will give me food to eat and clothes to wear so that I return safely to my father’s household, then the Lord will be my God.”2

After reading that, I felt moved to make a similar commitment. I promised God that if He took care of me as He did Jacob, I would recommit my life to Him. To “seal the deal,” I went outside and looked for a plain brown rock that I could set upright, like Jacob’s stone, and keep as a reminder of my commitment.

Even though the present may seem uncertain and threatening, we can stand strong through faith in God. He made good on His promises to Jacob in the Old Testament, and He will keep His promises to us as well. I know, because I’ve experienced it!

Born in the Netherlands, Dina Ellens has experienced a variety of cross cultural settings ranging from the USA, where she was educated, to Asia. She taught school in Southeast Asia for more than 25 years and is now retired. Dina remains active in volunteer work as well as pursuing her interests in early childhood education and writing.

More in this category: « Meet Me in the Morning Seek My Face »