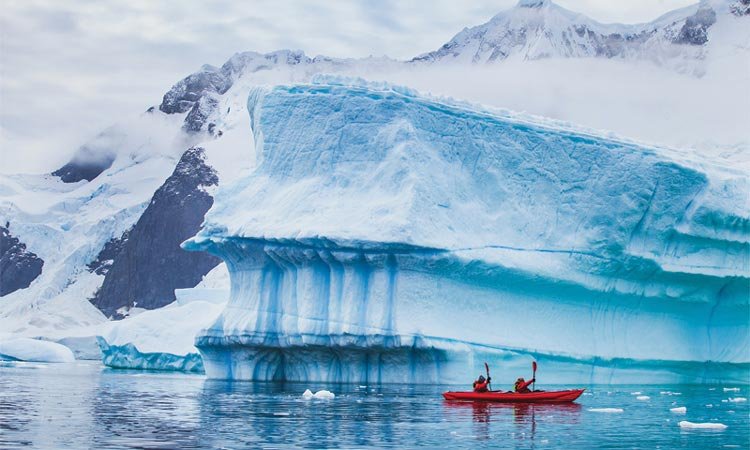 Sir Ernest Henry Shackleton (1874–1922) was an Irish explorer who is best remembered for his Antarctic expedition of 1914–1915 in the ship Endurance, described in his book South. Less known is that Shackleton had an unseen source of strength to draw from—his faith.

The journey over the frozen deep was fraught with danger. The Endurance became trapped in pack ice and was ultimately destroyed by it. The crew had to abandon ship. After trekking over the ice, dragging three of the ship’s lifeboats they had salvaged from the wreck, they managed to get to Elephant Island. From there, Shackleton and four other men set out to summon help. In the largest of the three boats, they journeyed 750 miles (1,200 km) through rough seas to the southern Atlantic Ocean island of South Georgia, where Shackleton and two others crossed glaciers and razorback ridges to reach a whaling station. Of that epic journey, Shackleton wrote:

“When I look back on those days I have no doubt that Providence guided us. I know that during that [final] long and racking march of thirty-six hours over the unnamed mountains and glaciers of South Georgia, it seemed to me often that we were four, and not three. I said nothing to my companions on the point, but afterward Worsley said to me, ‘Boss, I had a curious feeling on that march that there was another Person with us.’ Crean confessed to the same idea. One feels ‘the dearth of human words, the roughness of human speech’ in trying to describe things intangible, but a record of our journeys would not be complete without a reference to a subject so very near to our hearts.”

Shackleton made one last expedition, from which he did not return. Just before leaving, he repeated his testimony concerning their unseen companion and quoted the Bible. “Where can I go from Your Spirit? Or where can I flee from Your presence? If I ascend into heaven, You are there; if I make my bed in hell, behold, You are there. If I take the wings of the morning, and dwell in the uttermost parts of the sea, even there Your hand shall lead me, and Your right hand shall hold me.”1

On his last voyage, Shackleton took a recording of the song “Abide with Me.” A London writer commented at the time, “Just think of those words—’I need Thy presence every passing hour’—ringing out across the icebound wastes of the Antarctic!”

Abide with Me
I need Thy presence every passing hour.
What but Thy grace can foil the tempter’s power?
Who, like Thyself, my guide and stay can be?
Through cloud and sunshine, Lord, abide with me.
—Henry F. Lyte (1793–1847)

More in this category: « Wait on Him