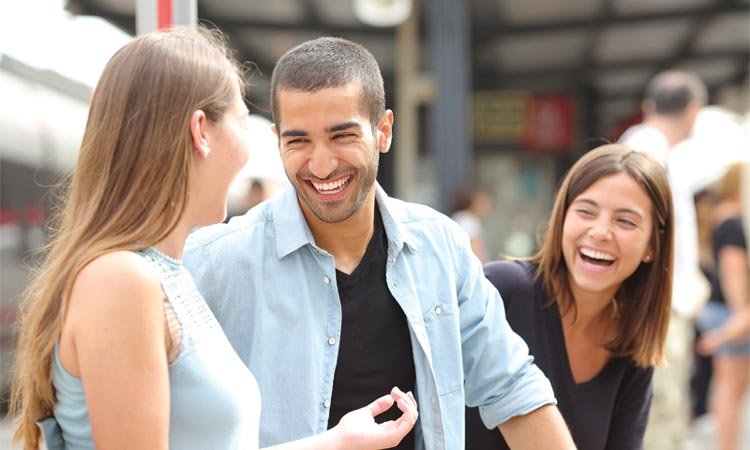 It was summer and I was on a youth mission trip on the northern coast of Poland. As our trip came to a close, our base in Warsaw was sending a van to pick most of us up, while Nick, René, and I planned to head back by train/bus/hitchhiking. I have no idea how this harebrained plan was conceived, but for some reason, we thought it was great.

On the appointed morning, we started our trip back. We were young and inexperienced in traveling in a foreign country, with not a lot of cash and with a language barrier. We got to the station, but right out of the gate, things started to go wrong, as the train’s doors closed before Nick made it on.

René and I got off at the next station and waited for him, but when the next train came, he wasn’t on it. We foolishly decided that the best thing to do was to take a train back to our first station. But of course, just as we were pulling out, there was Nick stepping onto the platform! Luckily, he stayed put and we were able to turn around again and get back to him.

With all that, it took us two hours just to successfully reach the bus depot. We took a bus to the city outskirts, then traipsed through some fields to get to the highway, where the three of us stuck our thumbs out and hoped for the best. But no one stopped. Midday faded to late afternoon and we were hungry and tired, and also worried about our situation.

It was around this time, six hours into our trip, that we started to wonder if maybe God was trying to show us something. We seemed to be striking out at every turn. We prayed, and all agreed that we should turn around and head back to the cabin we’d been staying at for the last few weeks. We didn’t really know how that plan would turn out, but it seemed better than spending the night in the fields.

We crossed the road, and within minutes, we had a ride. And the rest of our trip back to the cabin went off without incident. Imagine our surprise, as we arrived back at the cabin, to find the rest of our team was still there. The vehicle that was supposed to pick them up had broken down, and there would be another week before the van would arrive. Our frustration with our crazy day vanished as we realized we were now exactly where we needed to be.

Without the use of cell phones or any outside communications, and despite our ignorance and folly, God had guided us back into His will. Even if we fail, He never fails. He takes us where we’re at and brings forth His purpose.

More in this category: « The Best Choice Troubleshooting with God »