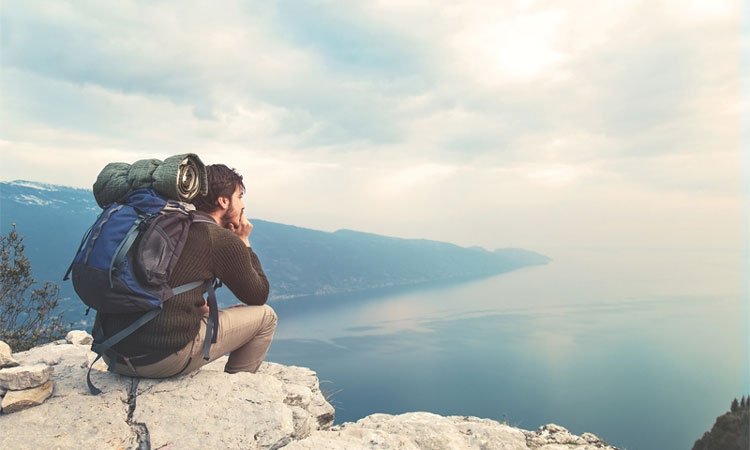 Do you ever wonder if you are doing what God wants you to do? As in, what’s that purpose you were created for? What is it that you’re meant to do that will give your life meaning? I’ve wondered those things, and I still do sometimes. These are the sort of big questions that we don’t always easily find the answers for.

I watched a movie that addressed this very topic. It’s called This Is Our Time. The story is set around the lives of five college graduates: a brother and sister, Ethan and Ally; her boyfriend-turned-husband, Luke; and Ryder and Catherine, who are Ethan and Ally’s best friends. They’re all Christians and trying to pursue God’s calling in their lives.

On their graduation day, one of them asks their professor if he has any last words for them before they go out into the world. He says, “Always remember that God has a purpose for each one of you.”

Luke and Ally accept an invitation to work with a mission that serves leper colonies in India. Ryder moves into IT work and believes that God wants him to make a difference online. Catherine starts working her way up the corporate ladder and believes God’s calling for her is to be faithful in the workplace.

The only one left is Ethan. He always thought God wanted him to be a writer, but he doesn’t get into the college he wanted to attend and ends up working in his dad’s café. He struggles to find purpose and feels like he’s been left behind while everyone moves on to fulfill their destinies. He keeps asking for and seeking “God’s calling,” but it seems like he gets no direction or answer. His professor frequents his dad’s café, and one day he asks the young man what he’s doing with his life. Ethan says he’s trying to figure out what God wants him to do but still has no idea.

It’s the professor’s reply to him that really impressed me: “The question is not ‘What does God want me to do?’ but ‘Who is God asking me to be?’ When you become who God wants you to be, His will is all around you.”

Without getting into spoilers, suffice it to say that an unexpected event changes everyone’s lives, and Ethan, who has finally started to focus on being who God wants him to be, is thrust into the spotlight. All of a sudden, his life has direction and God’s purpose becomes clear.

He finally understands that God couldn’t get him to do what He wanted him to do until he was the man God was calling him to be. Becoming that man involved struggle, disappointment, sacrifice, surrender, and hard choices, but when Ethan finally understands that his part was being the man God wanted him to be, he finds peace and contentment. And then he finds his calling, or at least his next step.

Life can be a series of cycles. Sometimes your purpose is clearly defined, and other times it might feel like you’re benched, sitting on the sidelines, watching and waiting for your opportunity. In a professional sports team, even those sitting on the bench are good players. They’re expected to train just as hard as the A team, even if they spend the better part of the season sitting on the bench.

If I ever got the chance to chat with Moses, I would ask him about his time in the wilderness—those 40 years between his escape from Egypt after he killed the slave driver and before he received God’s call from the burning bush.

Imagine, Moses had been groomed to be a pharaoh, or at least a prince. He was highly educated, probably a skilled warrior, and accustomed to a lavish lifestyle. Becoming a shepherd probably didn’t feel like, Yes! I’ve found my life’s calling! He may have sometimes gotten inklings of what God wanted him to do, glimpses into the future, but he received no definite call or guidance in that direction. Talk about being benched for the season. Try being benched for four decades!

Then one day, out of the blue, bam! The call! And life was never the same again. Of course, most of us might not have a calling of the magnitude that Moses did. But the great thing is that we don’t really have any pressure to figure out something outstanding or awe-inspiring to do with our lives. That’s up to God. What we need to concern ourselves with is being who God wants us to be.

God has a perfect and amazing plan for your life. Be patient if it seems to take time. God is as happy with you when you are “being” what He needs you to be as when you are “doing” what He wants you to do. To Him, it’s often the same.

More in this category: « The Calendar of Your Life Lost in Liverpool »