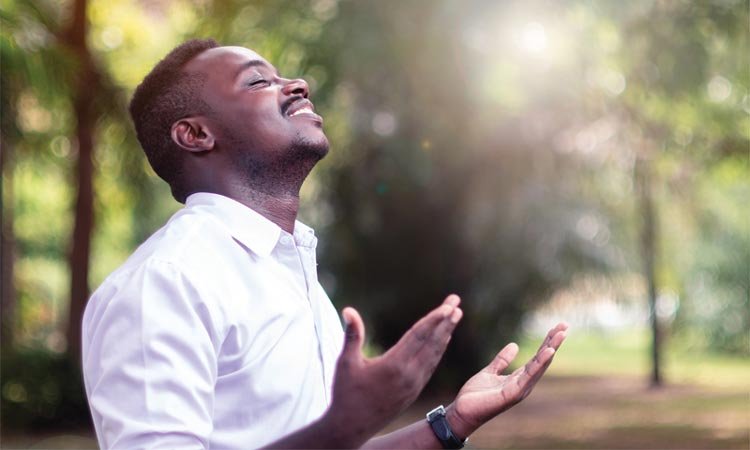 Over the years that I have dedicated to Christian service, I’ve had the benefit of receiving very good input in how to maintain a vibrant prayer life—not all of which I have followed consistently, unfortunately. As a young Christian, the book Streams That Never Run Dry1 had a profound effect on my view of prayer. Even though I didn’t feel very talented in many areas of my life, I saw that I could pray. It’s one form of Christian service that’s open to anyone—no specialized training required! Two quotes I read that deeply inspired my prayer life are: “A praying life is never a wasted life,” and “Prayer is the beginning of every miracle.”

One habit I began was to make a list of people or situations that needed prayer. I would pray through that list daily, first thing in the morning. However, as my list got longer, I soon discovered that praying was much harder work than I’d first envisioned. After a while, I started to slack off and eventually abandoned my use of a prayer list and making prayer the first priority of my day. I still prayed, but not with the same diligence and intent as before.

Then my wife and I saw the movie The War Room,2 about an elderly woman who helps a younger woman discover the power and beauty of an active prayer life. We were both deeply touched by the message of prayer being something that should be diligently pursued and we agreed, “We can do this!” I personally felt deeply that I should get back to praying with a list, as I once had, and as the elderly woman in the movie did.

Around this time, I read Mark Batterson’s The Circle Maker, which tells the story of Honi, a prophet in Israel about a hundred years before the birth of Christ, who set about praying for God to end a devastating drought. He went outside the gates of his city, drew a circle in the dirt, sat inside the circle, and demanded that God send rain. He audaciously declared that he wasn’t going to move until God sent rain. There are more details to the story, but the bottom line is that eventually it rained and the drought ended.

The War Room brought me back to using a prayer list and being diligent in prayer. The Circle Maker inspired me to be more emphatic and expectant in my prayers. As evangelist Virginia Brandt Berg used to say, “God is still on the throne, and prayer changes things!”

1. Editor’s note: This book is available for free here.
2. Alex and Stephen Kendrick, 2015

Michael Owens and his wife, Maria, are missionaries to their home field of South Florida.

More in this category: « Winning Through Prayer My Soul Thirsts »