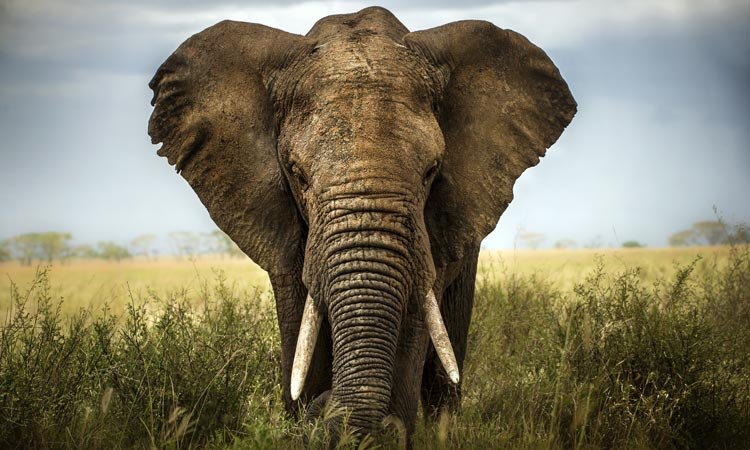 I’m a big fan of Mike Donehey, the lead singer of Tenth Avenue North, and host to their video journal on YouTube. He often shares how he receives inspiration for songs he has written, or funny stories that help him better understand God and His ways. One of my favorites is where he talks about how “God is not an elephant.”1 He knows this, he says, because he met him—not God; an elephant.

When he was five years old, he went to the zoo and saw an elephant for the first time. The elephant put out his trunk, and little Mike thought it was a gesture of friendship. But nope, the elephant then sneezed all over little Mike’s foot. Needless to say, he wasn’t too fond of elephants after that.

He also figured that God couldn’t be an elephant. It was only when he got older that he realized how true that was. Not just because of the obvious reason elephants are animals and God is, well, God. And as the old saying goes, “An elephant never forgets”—whereas God, in His love for us, chooses to forget our sins when we are sorry and repent. God even describes Himself as the one who erases transgressions and “remembers your sins no more.”2

It’s hard to imagine that God would purposely forget something, especially if we try to put ourselves in His place by imagining ourselves doing the same for those who have wronged us. We may say we’ve forgiven someone, but sometimes “We bury the hatchet but leave the handle sticking out.”

The saying “burying the hatchet” comes from a Native American tradition where chiefs of tribes would bury a hatchet—or a tomahawk—signaling an act of peace. If you were to leave the handle sticking out so you could go back and get it if you needed to, that would be like forgiving, but not completely.

I know I’m certainly guilty of leaving the handle sticking out. I’ll forgive a friend, but then if we argue or I’m upset at them, I’ll bring up that thing they did in the past. Obviously, that’s not true forgiveness, and thankfully, that’s not how God is toward us.

No matter how much we deserve retribution, He sees past that and looks at our heart and our desire to do better. He sent us His only son, Jesus, who died on the cross, taking on the sins of the world. Through this great act of love, we are forgiven. He wipes our slates completely clean.

In Psalm 103 (one of my favorites), David writes: “The Lord is compassionate and gracious, slow to anger, abounding in love. He will not always accuse, nor will he harbor his anger forever; he does not treat us as our sins deserve or repay us according to our iniquities. For as high as the heavens are above the earth, so great is his love for those who fear him; as far as the east is from the west, so far has he removed our transgressions from us.”3

An elderly woman was celebrating her 50th anniversary, and a younger woman asked her how she’d made her marriage work so well for so long. She answered that at the beginning of her married life, she decided to make a list of ten mistakes that she would always forgive her husband for. The young lady was curious and asked if she could see that list. “Well, I never did get around to writing it down,” she said, “but anytime he would do something that would make me boiling mad, I’d take a deep breath and tell myself, Lucky for him, that was one of the ten!”

I think that’s what Jesus meant when He said we should forgive others “seventy times seven” times.4 True forgiveness doesn’t keep count. Unlike the elephant, God forgives and forgets.

His compassions never fail. They are new every morning; great is (His) faithfulness.—Lamentations 3:22–23 NIV

I would go to the deeps a hundred times to cheer a downcast spirit. It is good for me to have been afflicted, that I might know how to speak a word in season to one that is weary.—Charles Spurgeon (1834–1892)

The deepest principle in human nature is the craving to be appreciated.—William James (1842–1910)

Too often we underestimate the power of a touch, a smile, a kind word, a listening ear, an honest compliment, or the smallest act of caring, all of which have the potential to turn a life around.—Leo Buscaglia (1924–1998)

More in this category: « What I Love About Jesus 31 Cents »