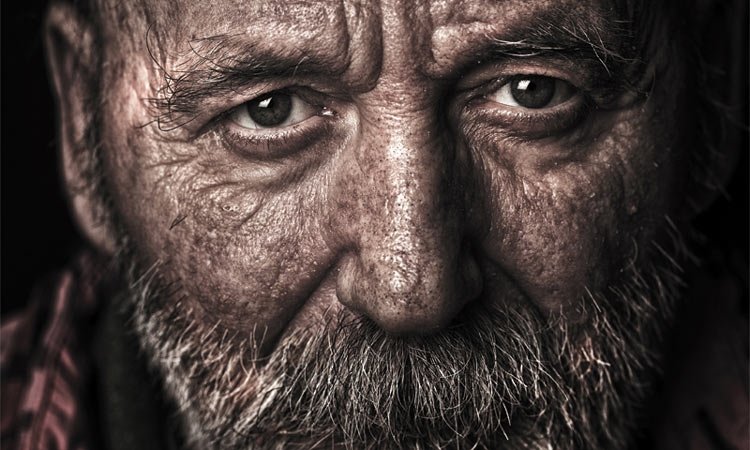 “This humanitarian work you do—is there some religious motivation? If it’s religious, I’m an atheist.” The old bum tugging at my arm looked more like a beast than a man. His shriveled body bore all the marks of extreme alcoholism, but his eyes were alert and pled with mine.

The large public market in Buenos Aires where this took place is home to many stevedores and others who don’t have anywhere else to live. During the day, hundreds of street people comb through the garbage and vie for refuse from the produce stalls. It’s a pretty rough place. In the years I’ve been going there for supplies for our volunteer work, I’ve gotten to know quite a few of the vendors and many of the regulars. This one wanted to talk. He said his name was Sucker.

For a street drunk, he turned out to be surprisingly well spoken and educated. Standing there in the market, for the next half hour the man told me his life story—all 64 years of it—including how his police-chief father had been assassinated by organized crime before his eyes, and how he had then “gone loco” and been uncontrollably violent ever since. By the time he finished, tears were streaming down his face.

What could I say? I prayed silently for the right words. “Do you want to be delivered?” I asked.

“From your bitterness and fear.”

“No one can take that away!” Sucker protested.

He caught on immediately that I was talking about Jesus. “Do you know how hard it is for an atheist to receive that gift?” he groaned.

“I was an atheist too, remember. That’s why I know this will work for you.”

Sucker had no answer for that.

“Do you want to receive Jesus?” I asked outright.

For a long moment he stood perfectly still, staring at me. Then suddenly he exhaled and his arms fell open, as if to receive the gift I was offering. “Yes, I do,” he said.

So I prayed with Sucker to receive Jesus as his Savior, and for Jesus to deliver him from the bitterness and fear that had driven him to become an alcoholic.

When I opened my eyes, he looked like a different man!

Before we parted, he said, “Thank you for bringing me this peace—and by the way, my name is George.”

Two weeks later, back at the market, I didn’t even recognize George! He was clean-shaven and well groomed. He was also eager to pray with me and happy to receive that month’s Conéctate (the Spanishedition of Activated).

The following week, he told us that he’d read the literature over and over. He’d also sat and talked to Jesus for a couple of hours, and concluded by telling Him he needed to find work. Because of his violent and argumentative behavior, George had been fired from job after job.

“Barely one minute later, a boy walked up to me and said his father was offering me a job at his stall—the same man who swore one month ago that I would never work for him again!” George was so excited at how quickly his prayer had been answered!

On that visit, he asked us to pray that God would help him stop drinking completely.

“The strangest thing happened the other day,” he said. “I was drinking with my buddies when I felt Jesus nudge me on the shoulder and tell me to put down my wine—and I did! I just got up and walked away. I never would have done that before! Then, about 20 minutes later, the men I’d been drinking with started a big fight, and a policeman came to break it up. This policeman knew he could always find me in the middle of a good fight, so when he saw me sitting nearby, not in the melee, he asked, ‘Don’t you belong in there?’ When I told him no, he just stared at me and asked, ‘What’s happened to you?’ Jesus is changing me. I can feel it, and others can see it. Now I want to pray that I can stop drinking completely.”

When George said he didn’t think he could survive another cold, damp winter on the street, we prayed for him to find a place to stay at a rent he could afford. The next time I saw George, he told me that a large citrus company had offered him a supervisory job, complete with living quarters.

Better news still, he said he felt he could once more face his wife and grown twin daughters. “With all the miracles Jesus has done for me, I’m sure He can help me make amends. Now, no matter what the problem, I feel that Jesus is saying, ‘Trust Me!’”

If you’d like to get to know the One who can change your world, simply pray:

Dear Jesus, I accept Your love and forgiveness. Please come into my life and help me grow in understanding and in following You.

Hannah Book is a part-time volunteer with The Family International in Argentina.

More in this category: « What Really Counts Getting to Know Jesus »