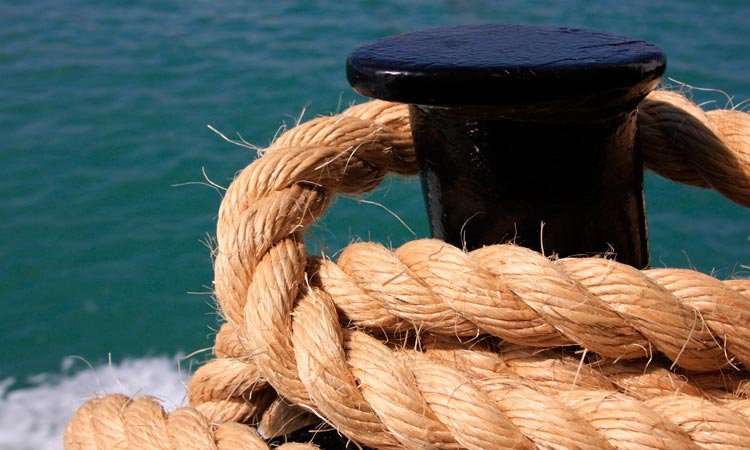 This hope we have as an anchor of the soul, both sure and steadfast.—Hebrews 6:19

We have someone in whom we can rest assured, eternally secure. We know that God is watching out for us wherever we are and whatever we’re doing. We have that anchor. It hardly matters what happens around us on the constantly changing sea of life. We can survive it and surmount it, because we have Him.—David Brandt Berg

To realize the worth of the anchor, we need to feel the storm.—Author unknown

The fact that the early Christians often used the symbol of the fish to signal their faith to fellow-believers is common knowledge; their use of an anchor is less well known. From ancient times, the anchor was viewed as a symbol of safety. For Christians, the anchor symbolized their hope in Christ, who would bring them to the safe harbor of His heavenly kingdom. Anchors adorn numerous tombs of early Christians buried in the catacombs beneath Rome.—Christine Hunt

We do not steady the ship by fixing the anchor on anything that is inside the vessel. The anchorage must be outside of the ship. And so the soul does not rest on what it sees in itself, but on what it sees in the character of God, the certainty of his truth, the impossibility of his falsehood.—Adapted from Dr. Thomas Chalmers (1780–1847)

Jesus Christ is the anchor of your soul. Don’t needlessly fret about the details of life. You belong to God and there is nothing that can force you to crash on the rocks. You are secure because He is secure. Trust Christ in every circumstance. Then relax. Enjoy the sunset. Savor the flavor of life. Rest, knowing that “in every high and stormy gale, my anchor holds within the veil.” (My Hope Is Built, Edward Mote, 1834)—Steve McVey (b.1954)

More in this category: « The Eternal Chain of Love The Gospel of John »