In the Midst of Fire 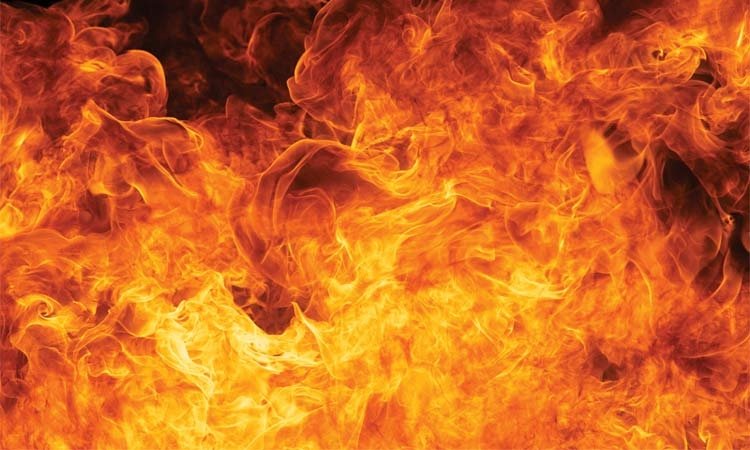 Shadrach, Meshach, Abednego, and their pal, Daniel, were four young men who might have passed into obscurity if not for some remarkable things that happened in their lives.

The story begins around 500 years before Christ with these young men being taken far away from their homeland as captive slaves by Nebuchadnezzar, king of the Babylonian Empire.

We don’t know how old Shadrach, Meshach, and Abednego were, perhaps barely teenagers, nor what their life was like before their journey into exile. Did they know one another? Perhaps they were friends and shared their dreams and hopes. Maybe one of them dreamed of having a dozen sons like his forefather Jacob, and of teaching his children to be godly. Perhaps another one wanted to be a teacher. Then there might have been the storyteller, who told the others, “You fulfill your dreams, and I’ll tell the story afterward.”

But all those dreams and hopes, whatever they might have been, were cast aside when their land was conquered and they were taken into captivity. What were those first days and nights like? Under guard, shackled, and chained? Corralled together like animals, looking for a familiar face? One can picture them finding one another, banding together, perhaps the optimist of the group saying, “Fear not, God is with us. Regardless of what happens, we are in His hands.” The others agreeing, perhaps making a pact that no matter what happened, they would stay faithful to God.

Faithful and true they did stay. First of all, they refused to eat food straight from the king’s table. There must have been all kinds of delectable delights. Yet they didn’t touch it.

Was it a challenge for them to forgo the delicacies of the king’s table? Perhaps, but they did it to follow the dietary laws God had given their people. It was a little decision, but our lives are comprised of just that: little decisions. They appear so small, when in reality, they may decide the course of our destiny.

Later, when Nebuchadnezzar ordered the court to bow before his image, Shadrach, Meshach, and Abednego refused to bow down. Only God knows what thoughts were running through their heads, how horrified they were at the audacity of an earthly king commanding his subjects to worship him. Yet their answer was respectful, calm and collected, trusting.

“King Nebuchadnezzar, we do not need to defend ourselves before you in this matter. If we are thrown into the blazing furnace, the God we serve is able to deliver us from it, and he will deliver us from Your Majesty’s hand. But even if he does not, we want you to know, Your Majesty, that we will not serve your gods or worship the image of gold you have set up.”1

Nebuchadnezzar’s response was much less calm and collected. He ordered the furnace to be fired up. It turned out to be so hot that it killed the men who threw Shadrach, Meshach, and Abednego into the fire. But within moments, the king realized something was not as he expected.

When King Nebuchadnezzar peered into the blaze, he saw the three youths walking around, and in the midst of them—shining brighter than that brilliant blaze—was another whom he recognized somehow—perhaps because regardless of our religious beliefs, when we come face to face with such a sight, there is no mistaking it. He knew it was Jesus, the Son of God, and he called the bold and brave young men out of the flames.

They walked out unscathed, without even the smell of smoke on their clothes. And the king made another impetuous decree—”that the people of any nation or language who say anything against the God of Shadrach, Meshach and Abednego be cut into pieces and their houses be turned into piles of rubble, for no other god can save in this way.”2

What brought the Son of God into the flaming furnace? Those three young men were far from home and loved ones, from anything they might have clung to. But they held on to their faith. I think it was that faith that brought Him to their side at the moment they needed it most.

It is what brings Him to our side today too. A word of prayer, a decision to trust by faith. A simple word or decision when we don’t know how things will turn out. A belief that, even in the flames, God is able.

Jesus never fails to reach out from the throne of grace to protect and honor those who trust Him.

More in this category: « The Most Unlikely to Succeed Six Dreams and the Making of a Man »