Make Me a Cake 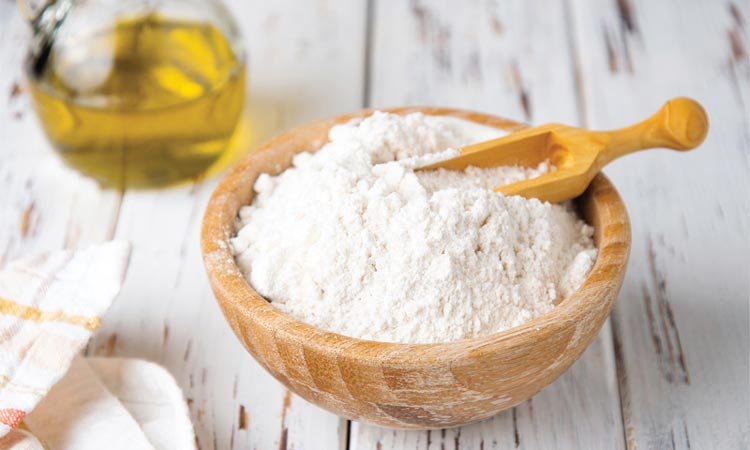 Our story takes place in Israel, around 850 BC.1 It was a sad and difficult time for a nation that was suffering under the worst king it had ever had. Ahab had adopted his wife Jezebel’s pagan god, Baal, and under their rule, the prophets of the true God were systematically executed.

God sent His prophet Elijah to King Ahab with an ominous message: “As the Lord God of Israel lives, before whom I stand, there shall not be dew nor rain these years, except at my word.”

After delivering this warning, Elijah fled into the wilderness. God directed him to an isolated canyon, where there was a small stream for him to drink from and commanded ravens to bring pieces of bread and meat to him every day.

And just as Elijah had prophesied, not a drop of rain fell. As the sweltering months slowly passed, the scorching sun took its toll on the parched earth of Israel. Crops failed, water supplies dried up, and severe famine set in. Eventually Elijah’s own water source, the Brook Cherith, also dried up completely. But God was faithful, and on the very day that the brook ran dry, He told Elijah, “Arise, go to Zarephath, and dwell there. I have commanded a widow there to provide for you.”

Zarephath was over 100 miles north of the Brook Cherith, and Elijah had to make this dangerous journey by foot. After days of trudging through desert wastes, over rocky hillsides and steep mountain trails, he finally arrived at Zarephath, a coastal city of what is now Lebanon. Weary, hot, and caked in dust, he spotted a woman gathering sticks near the city gate. “Water!” he cried out to her. “Please bring me a little water!”

Taking pity on the weary stranger, the woman rose to bring him some water when he called out to her again, “And please bring me something to eat also!”

Turning to him, she exclaimed, “As the Lord lives, I don’t even have a piece of bread, but only a handful of flour in a jar and a few drops of oil in a jug! I’m out here gathering a few twigs to take home and make a final meal for myself and my son, that we may eat and then die.”

Elijah realized that this woman was the widow that God had promised would care for him, and he boldly told her, “Do not fear. Go and do as you have said, but make me a small cake from it first, and bring it to me; and afterward make some for yourself and your son.” He then prophesied, “For thus says the Lord God of Israel: ‘The bin of flour shall not be used up, nor shall the jar of oil run dry, until the day the Lord sends rain on the earth.’”

How puzzled this woman must have been at this extraordinary proclamation! She must have thought, I told him how poor I am and how I’m gathering firewood to cook a final tiny meal for my son and myself, and that afterwards we expect to starve to death—yet he’s asking me to bake a piece of bread for him first!

But because Elijah spoke to her in the name of the Lord, she knew that he was a man of God, and she believed him. She hurried home and scraped together the last tiny handful of flour from the bottom of the clay jar that it was kept in. Then she took her oil jug, tipped it, and drained out the last few drops of oil. When the bread was ready, she brought it to Elijah.

Picture this widow tidying things up, and as she goes to put the empty oil jug in its place, she notices that it’s much heavier than it was a moment ago. Barely tipping it, she can hardly believe her eyes when fresh oil flows out. It’s full!

Setting the jug down, she rushes over to the bin where she keeps her flour and gasps aloud in astonishment when she lifts its lid. Instead of the empty, dusty jar she knows it was just a few minutes earlier, it is now filled to the brim with fresh flour. A miracle has taken place! Her heart overflows with thankfulness to God for such a wonderful manifestation of His blessing. And just as Elijah had prophesied, the jar of flour was not used up and the jug of oil did not run dry for the duration of the drought and famine. She had given what she could, and God repaid her beyond her wildest expectations!

This is the way God works: He will never let you outgive Him! He will always give you much more back than you give to Him. The more you give, the more He will give you back. Most people think, When I’ve got more than I need, when I’m rich, then maybe I’ll start giving to others and helping the poor and supporting God’s work. But God says, “Start giving what you’ve got now, then trust Me to give you more.”

More in this category: « The Father and the Lost Sons