Six Dreams and the Making of a Man 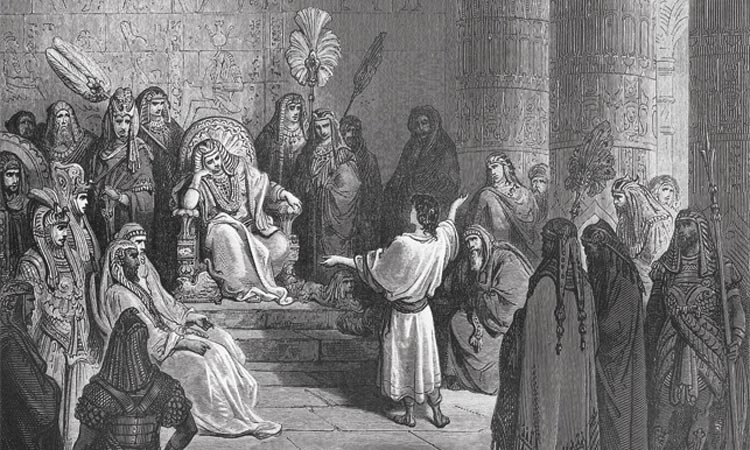 Two dreams were the start of Joseph’s troubles.

“Listen to this dream,” Joseph told his 11 brothers. “We were out in the field, tying up bundles of grain. Suddenly my bundle stood up, and your bundles all gathered around and bowed low before mine!”

In Joseph’s second dream, the sun, the moon, and 11 stars had bowed to him.

The meanings of the dreams were obvious. Even his father, Jacob, who loved Joseph more than any of his other sons, took offense and rebuked him publicly.

Jacob may have forgiven Joseph, but Joseph’s brothers didn’t. When the opportunity presented itself, they sold him as a slave to some foreign traders making their way to Egypt.

After many years as a trusted steward in the household of Potiphar, the captain of Pharaoh’s guard, Joseph found himself unjustly locked away in the king’s dungeons. Potiphar’s wife had tried unsuccessfully to seduce him, and then falsely accused him of trying to rape her. God was with Joseph, though, and soon the warden entrusted Joseph with the daily running of the prison.

More years passed before Joseph’s life was once again shaped by dreams.

For offenses not explained in the Bible, Pharaoh had his butler and baker cast into the same prison.

One morning, the butler and baker were both clearly troubled. Joseph asked why, and they told him: “We both had dreams last night, but no one can tell us what they mean.”

“Interpreting dreams is God’s business,” Joseph replied. “Go ahead and tell me your dreams.”

The butler told Joseph his dream first: “In my dream, I saw a grapevine in front of me. The vine had three branches that began to bud and blossom, and soon it produced clusters of ripe grapes. I was holding Pharaoh’s wine cup in my hand, so I took a cluster of grapes and squeezed the juice into the cup. Then I placed the cup in Pharaoh’s hand.”

“This is what the dream means,” Joseph said. “The three branches represent three days. Within three days Pharaoh will lift you up and restore you to your position. Please remember me when things go well for you. Mention me to Pharaoh, so he might let me out of this place.”

When the baker saw that the interpretation of the butler’s dream was good, he told his own dream to Joseph. “I had a dream, too. In my dream there were three baskets of white pastries stacked on my head. The top basket contained all kinds of pastries for Pharaoh, but the birds came and ate them from the basket.”

The interpretation of the baker’s dream wasn’t good, so one can imagine Joseph’s inward struggle as he explained what God had shown him: “The three baskets also represent three days. Within three days, Pharaoh will have you put to death.”

Three days later, which happened to be Pharaoh’s birthday, the butler was restored to his position and the baker was put to death, exactly as Joseph had predicted. Unfortunately, the butler quickly forgot about Joseph, who continued to languish in prison.

Two years later, Pharaoh had two dreams the same night. In the first, seven healthy cows were devoured by seven ugly, gaunt cows. In the second, seven heads of grain came up on one stalk, plump and good. Then seven thin heads, blighted by the east wind, sprang up and devoured the seven full heads.

When Pharaoh awoke, he called for his magicians and wise men to interpret the dreams for him, but none of them could. Finally, the butler came forward and told Pharaoh about Joseph and his ability to interpret dreams. Pharaoh summoned him from prison.

Joseph’s counsel pleased Pharaoh, and he chose Joseph for the job of overseeing the collection and storage of the surpluses during the seven good years. He also elevated Joseph to second-in-command over all the land of Egypt.

But what about Joseph’s dreams of his brothers and parents paying homage to him?

A few years later when the famine reached Joseph’s native land of Canaan, Jacob sent Joseph’s older brothers to Egypt to buy grain, and they bowed before Pharaoh’s deputy, who unbeknownst to them was their younger brother. Joseph then concocted a complex scheme to find out whether they were repentant, and when he was convinced they were, he revealed himself to them.

As we read Joseph’s story in Genesis chapters 37 through 50, we can’t help but be struck by how his character was molded by his reversals of fortune. From spoiled boy to lowly slave, to dependable servant, to condemned man, to trusted prisoner, and finally to Pharaoh’s right-hand man, each twist and turn played a part in the making of God’s man and the working of God’s plan. Perhaps Joseph summed it up best when, referring to his being sold into slavery, he told his repentant brothers, “God meant it for good.”

More in this category: « In the Midst of Fire What Hagar Taught Me »