The Story to End the Excuses 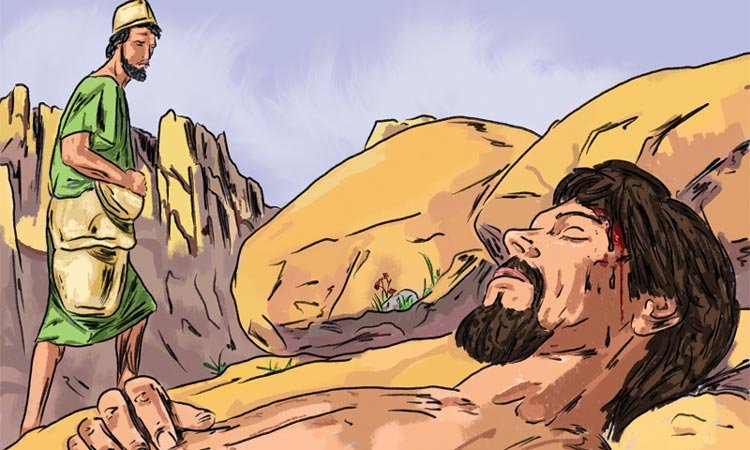 Jesus gave a simple command: “Love your neighbor.”1 However, “neighbor” is pretty vague, and some wise guy asked Jesus, “Who is my neighbor?”2 Jesus answered with the story about a traveler on the way to Jericho who was ambushed by thieves, beaten, robbed, and left for dead. Two people passed him by but didn’t stop to help.3

I can speculate on what each might have been thinking as he passed that poor guy on the side of the road.

The first is a priest. Dressed in his finest synagogue robes, perhaps he’s working on a sermon he plans to give later in the day. His mind is full of his own importance, he meditates on the law, and congratulates himself on following it to the letter.

Perhaps the priest is taken aback when he sees the bleeding man on the road. The man’s clothes are torn and dirty, so it’s hard to determine his social standing. The priest takes a step closer, but doesn’t recognize him. Maybe he tells himself he can’t afford to be late, he can’t afford to get his good clothes dirty, and with that, his mind is made up. He averts his eyes and passes by on the other side of the road.

The sun climbs higher in the sky, and buzzards begin to circle overhead. In the heat of the day, a Levite comes along. He too is hurrying along, his mind racing as he plans out his day in Jericho. Then he stumbles upon the beaten traveler, not looking any better for the high-noon heat.

Immediately the Levite starts worrying about the thieves returning; maybe he fears being robbed as well. So he passes on by.

The poor traveler, weak and dying, is ready to give up hope. Another hour passes before the next person comes along. This time, however, the wounded man doesn’t even have hope that he will stop. You see, the man coming along the road is a Samaritan.

There was no love lost between the Jews and the Samaritans. The Jews despised the Samaritans, and had cursed and maligned them for centuries. Though their cultures were similar, and the Samaritans professed the same faith, they were considered second-rate believers, unworthy to be part of the Jewish nation. Samaritans were cursed in Jewish synagogues, they couldn’t serve as witnesses in court, and Jews believed they were excluded from the afterlife.

When you think about it, the Samaritan had the best excuse for not stopping. And yet he did. He stopped, tended to the wounded man, and carried him on his own donkey to the nearest inn where he could be cared for until he recovered. But he went even further than that. He took two silver coins from his own purse and paid the innkeeper for the wounded man’s care, then said, “If that’s not enough, I’ll pay the rest on my way back.”

The Samaritan didn’t stop “loving his neighbor” when it got difficult, or when it was inconvenient, or when it cost him something personally.

He “loved his enemy.”4 He looked past the years of bickering and reached out to help a man in need. He loved anyway.

He “blessed those that cursed him.”5 He chose to ignore the offenses and unkind words and loved anyway.

He “did good to those who had mistreated him.”6 Despite being treated badly, despite being looked down on, he loved anyway.

It’s often easy to feel justified in not caring. We can tend to feel that we only have so much love to give, and when we’re reaching our limit we’re only able to dispense a little bit of love. That’s human love. We just don’t have enough love on our own.

He was telling us to love beyond the little difficulties in our lives—to love and not be choosy or partial. To love even if we’ve been hurt or mistreated—because that’s the way He loves. We can all be difficult at times, yet He forgives us each time and keeps loving us regardless. He doesn’t expect perfection, and He doesn’t withhold His love when we don’t deserve it.

Jesus gives us His love freely. Just as we freely receive Jesus’ love, we should freely give it.7

More in this category: « When Do You Stop Trusting God? The Ethiopian Eunuch »