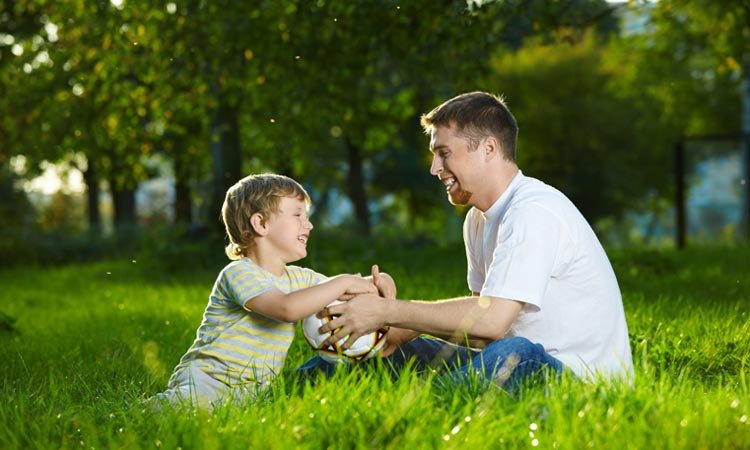 …bases his life and actions on God’s Word.

Deuteronomy 12:28: Observe and obey all these words which I command you, that it may go well with you and your children after you forever, when you do what is good and right in the sight of the Lord your God.

1 Corinthians 11:1: Imitate me, just as I also imitate Christ.

Proverbs 20:7: The righteous man walks in his integrity; his children are blessed after him.

Judges 13:8b: “O my Lord, please let the Man of God whom You sent come to us again and teach us what we shall do for the child who will be born.”

Luke 15:11–24: Then He said: “A certain man had two sons.12 And the younger of them said to his father, ‘Father, give me the portion of goods that falls to me.’ So he divided to them his livelihood.13 And not many days after, the younger son gathered all together, journeyed to a far country, and there wasted his possessions with prodigal living.14 But when he had spent all, there arose a severe famine in that land, and he began to be in want.15 Then he went and joined himself to a citizen of that country, and he sent him into his fields to feed swine.16 And he would gladly have filled his stomach with the pods that the swine ate, and no one gave him anything.

17 “But when he came to himself, he said, ‘How many of my father’s hired servants have bread enough and to spare, and I perish with hunger!18 I will arise and go to my father, and will say to him, “Father, I have sinned against heaven and before you,19 and I am no longer worthy to be called your son. Make me like one of your hired servants.”’

20 “And he arose and came to his father. But when he was still a great way off, his father saw him and had compassion, and ran and fell on his neck and kissed him.21 And the son said to him, ‘Father, I have sinned against heaven and in your sight, and am no longer worthy to be called your son.’

22 “But the father said to his servants, ‘Bring out the best robe and put it on him, and put a ring on his hand and sandals on his feet.23 And bring the fatted calf here and kill it, and let us eat and be merry;24 for this my son was dead and is alive again; he was lost and is found.’ And they began to be merry.

…provides materially for his family.

1 Timothy 5:8: But if anyone does not provide for his own, and especially for those of his household, he has denied the faith and is worse than an unbeliever.

…is actively involved in his children’s education and moral training.

Proverbs 22:6: Train up a child in the way he should go, and when he is old he will not depart from it.

Ephesians 6:4: And you, fathers, do not provoke your children to wrath, but bring them up in the training and admonition of the Lord.

…teaches his children the Word of God.

Deuteronomy 6:6–7: And these words which I command you today shall be in your heart. 7 You shall teach them diligently to your children, and shall talk of them when you sit in your house, when you walk by the way, when you lie down, and when you rise up.

…understands his children’s limits and sympathizes.

Psalm 103:13–14: As a father pities his children, so the Lordpities those who fear Him. 14 For He knows our frame; He remembers that we are dust.

…treats his children gently and lovingly.

Colossians 3:21: Fathers, do not provoke your children, lest they become discouraged.

…corrects his children when needed.

Proverbs 13:24: He who spares his rod hates his son, but he who loves him disciplines him promptly.

Proverbs 3:12:For whom the Lordloves He corrects, just as a father the son in whom he delights.

…is rewarded in his children.

Proverbs 23:24–25: The father of the righteous will greatly rejoice, and he who begets a wise child will delight in him. 25 Let your father and your mother be glad, and let her who bore you rejoice.

3 John 1:4: I have no greater joy than to hear that my children are walking in the truth.

More in this category: « How to Get God’s Answers to Your Prayers Help in Times of Trouble »