Depending on God vs. Self-effort 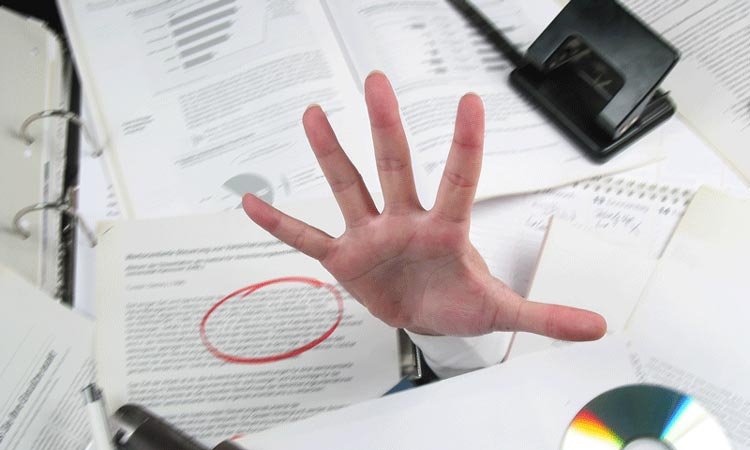 God expects us to put our faith into action, which takes effort.

Ecclesiastes 9:10: Whatever your hand finds to do, do it with your might;

James 2:26: For as the body without the spirit is dead, so faith without works is dead also.

Luke 5:4–6: When He had stopped speaking, He said to Simon, "Launch out into the deep and let down your nets for a catch." 5 But Simon answered and said to Him, "Master, we have toiled all night and caught nothing; nevertheless at Your word I will let down the net." 6 And when they had done this, they caught a great number of fish, and their net was breaking.

John 11:39–44: Jesus said, "Take away the stone." Martha, the sister of him who was dead, said to Him, "Lord, by this time there is a stench, for he has been dead four days." 40 Jesus said to her, "Did I not say to you that if you would believe you would see the glory of God?" 41 Then they took away the stone from the place where the dead man was lying. And Jesus lifted up His eyes and said, "Father, I thank You that You have heard Me. 42 "And I know that You always hear Me, but because of the people who are standing by I said this, that they may believe that You sent Me." 43 Now when He had said these things, He cried with a loud voice, "Lazarus, come forth!" 44 And he who had died came out bound hand and foot with graveclothes, and his face was wrapped with a cloth. Jesus said to them, "Loose him, and let him go."

John 21:5–6: Then Jesus said to them, "Children, have you any food?" They answered Him, "No." 6 And He said to them, "Cast the net on the right side of the boat, and you will find some." So they cast, and now they were not able to draw it in because of the multitude of fish.

Hebrews 11:7: By faith Noah, being divinely warned of things not yet seen, moved with godly fear, prepared an ark for the saving of his household, by which he condemned the world and became heir of the righteousness which is according to faith.

We must rely on the Lord’s strength, not our own.

Psalm 20:7: Some trust in chariots, and some in horses; But we will remember the name of the LORD our God.

Psalm 84:5,7: Blessed is the man whose strength is in You. 7 They go from strength to strength.

Psalm 105:4: Seek the LORD and His strength; Seek His face evermore!

Psalm 118:8: It is better to trust in the LORD Than to put confidence in man.

Zechariah 4:6: ‘Not by might nor by power, but by My Spirit,’ Says the LORD of hosts.

2 Corinthians 3:4–5: And we have such trust through Christ toward God. 5 Not that we are sufficient of ourselves to think of anything as being from ourselves, but our sufficiency is from God.

2 Corinthians 4:7: But we have this treasure in earthen vessels, that the excellence of the power may be of God and not of us.

Ephesians 6:10: Finally, my brethren, be strong in the Lord and in the power of His might.

Philippians 4:13: I can do all things through Christ who strengthens me.

Colossians 1:11: Strengthened with all might, according to His glorious power.

Self-effort is doomed to disappointment.

1 Samuel 2:9: For by strength no man shall prevail.

Psalm 33:16–17: No king is saved by the multitude of an army; A mighty man is not delivered by great strength. 17 A horse is a vain hope for safety; Neither shall it deliver any by its great strength.

Psalm 60:11: Give us help from trouble, For the help of man is useless.

Self-effort is trusting more in ourselves than in God, which He can’t bless.

1 Samuel 15:22: Then Samuel said: "Has the LORD as great delight in burnt offerings and sacrifices, As in obeying the voice of the LORD? Behold, to obey is better than sacrifice, And to heed than the fat of rams.

2 Chronicles 26:16: But when he was strong his heart was lifted up, to his destruction.

Psalm 147:10: He does not delight in the strength of the horse; He takes no pleasure in the legs of a man.

Jeremiah 17:5: Thus says the LORD: "Cursed is the man who trusts in man And makes flesh his strength, Whose heart departs from the LORD.”

Hosea 10:13: You have plowed wickedness; You have reaped iniquity. You have eaten the fruit of lies, Because you trusted in your own way, In the multitude of your mighty men.

Matthew 7:22–23: "Many will say to Me in that day, ‘Lord, Lord, have we not prophesied in Your name, cast out demons in Your name, and done many wonders in Your name?’ 23 And then I will declare to them, ‘I never knew you; depart from Me, you who practice lawlessness!’”

1 Corinthians 10:12: Therefore let him who thinks he stands take heed lest he fall.

Trusting the Lord means resting in Him and letting Him do the work.

Exodus 14:13–14: And Moses said to the people, "Do not be afraid. Stand still, and see the salvation of the LORD, which He will accomplish for you today. For the Egyptians whom you see today, you shall see again no more forever. 14 The LORD will fight for you, and you shall hold your peace."

2 Chronicles 20:12: "O our God, will You not judge them? For we have no power against this great multitude that is coming against us; nor do we know what to do, but our eyes are upon You."

2 Chronicles 20:17: ‘You will not need to fight in this battle. Position yourselves, stand still and see the salvation of the LORD, who is with you.

Isaiah 40:31: But those who wait on the LORD Shall renew their strength; They shall mount up with wings like eagles, They shall run and not be weary, They shall walk and not faint.

Hebrews 4:10: For he who has entered His rest has himself also ceased from his works as God did from His.

Only when we cease from self-effort is the Lord able to fully work on our behalf.

Psalm 73:26: My flesh and my heart fail; But God is the strength of my heart and my portion forever.

Isaiah 25:4: For You have been a strength to the poor, A strength to the needy in his distress, A refuge from the storm, A shade from the heat; For the blast of the terrible ones is as a storm against the wall.

Isaiah 40:29: He gives power to the weak, And to those who have no might He increases strength.

2 Corinthians 1:8–9: For we do not want you to be ignorant, brethren, of our trouble which came to us in Asia: that we were burdened beyond measure, above strength, so that we despaired even of life. 9 Yes, we had the sentence of death in ourselves, that we should not trust in ourselves but in God who raises the dead.

2 Corinthians 12:9–10: And He said to me, "My grace is sufficient for you, for My strength is made perfect in weakness." Therefore most gladly I will rather boast in my infirmities, that the power of Christ may rest upon me.”

More in this category: « Happiness and Joy Resting in the Lord »