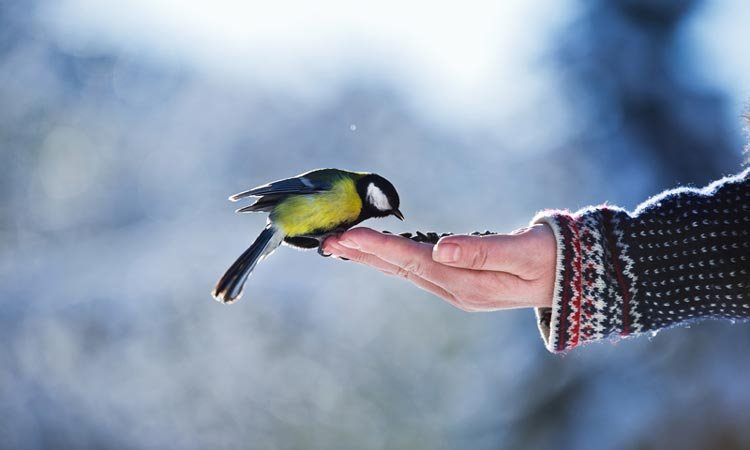 One of God’s fundamental spiritual laws is: You can’t give without receiving.

Proverbs 11:24–25: There is one who scatters, yet increases more; And there is one who withholds more than is right, But it leads to poverty. 25  The generous soul will be made rich, And he who waters will also be watered himself.

Ecclesiastes 11:1: Cast your bread upon the waters, For you will find it after many days.

Isaiah 58:10–11: 10 If you extend your soul to the hungry And satisfy the afflicted soul, Then your light shall dawn in the darkness, And your darkness shall be as the noonday. 11 The LORD will guide you continually, And satisfy your soul in drought, And strengthen your bones; You shall be like a watered garden, And like a spring of water, whose waters do not fail.

Luke 6:38: "Give, and it will be given to you: good measure, pressed down, shaken together, and running over will be put into your bosom. For with the same measure that you use, it will be measured back to you."

When we give to others in need, God promises to repay us materially and spiritually.

Proverbs 19:17: He who has pity on the poor lends to the LORD, And He will pay back what he has given.

Luke 10:30–35: Then Jesus answered and said: "A certain man went down from Jerusalem to Jericho, and fell among thieves, who stripped him of his clothing, wounded him, and departed, leaving him half dead. 31 "Now by chance a certain priest came down that road. And when he saw him, he passed by on the other side. 32 "Likewise a Levite, when he arrived at the place, came and looked, and passed by on the other side. 33 "But a certain Samaritan, as he journeyed, came where he was. And when he saw him, he had compassion. 34 "So he went to him and bandaged his wounds, pouring on oil and wine; and he set him on his own animal, brought him to an inn, and took care of him. 35 "On the next day, when he departed, he took out two denarii, gave them to the innkeeper, and said to him, ‘Take care of him; and whatever more you spend, when I come again, I will repay you.’”

Acts 20:35: I have shown you in every way, by laboring like this, that you must support the weak. And remember the words of the Lord Jesus, that He said, ‘It is more blessed to give than to receive.’

In order for our giving to be truly blessed, we must give willingly and cheerfully.

Exodus 25:2: Speak to the children of Israel, that they bring Me an offering. From everyone who gives it willingly with his heart you shall take My offering.

Deuteronomy 15:10: You shall surely give to him, and your heart should not be grieved when you give to him, because for this thing the LORD your God will bless you in all your works and in all to which you put your hand.

2 Corinthians 9:7: So let each one give as he purposes in his heart, not grudgingly or of necessity; for God loves a cheerful giver.

Although God promises to reward us for giving, that shouldn’t be our motive.

1 Corinthians 13:3: And though I bestow all my goods to feed the poor, and though I give my body to be burned, but have not love, it profits me nothing.

Luke 6:34–35: "And if you lend to those from whom you hope to receive back, what credit is that to you? For even sinners lend to sinners to receive as much back. 35 "But love your enemies, do good, and lend, hoping for nothing in return; and your reward will be great, and you will be sons of the Most High. For He is kind to the unthankful and evil.”

Regardless of how little we may have, we can all give something and be blessed.

1 Kings 17:13–16: And Elijah said to her, "Do not fear; go and do as you have said, but make me a small cake from it first, and bring it to me; and afterward make some for yourself and your son. 14 "For thus says the LORD God of Israel: ‘The bin of flour shall not be used up, nor shall the jar of oil run dry, until the day the LORD sends rain on the earth.’" 15 So she went away and did according to the word of Elijah; and she and he and her household ate for many days. 16 The bin of flour was not used up, nor did the jar of oil run dry, according to the word of the LORD which He spoke by Elijah.

Mark 12:41–44: Now Jesus sat opposite the treasury and saw how the people put money into the treasury. And many who were rich put in much. 42 Then one poor widow came and threw in two mites, which make a quadrans. 43 So He called His disciples to Himself and said to them, "Assuredly, I say to you that this poor widow has put in more than all those who have given to the treasury; 44 "for they all put in out of their abundance, but she out of her poverty put in all that she had, her whole livelihood."

2 Corinthians 8:1–4: Moreover, brethren, we make known to you the grace of God bestowed on the churches of Macedonia: 2 that in a great trial of affliction the abundance of their joy and their deep poverty abounded in the riches of their liberality. 3 For I bear witness that according to their ability, yes, and beyond their ability, they were freely willing, 4 imploring us with much urgency that we would receive the gift and the fellowship of the ministering to the saints.