Good Out of Bad 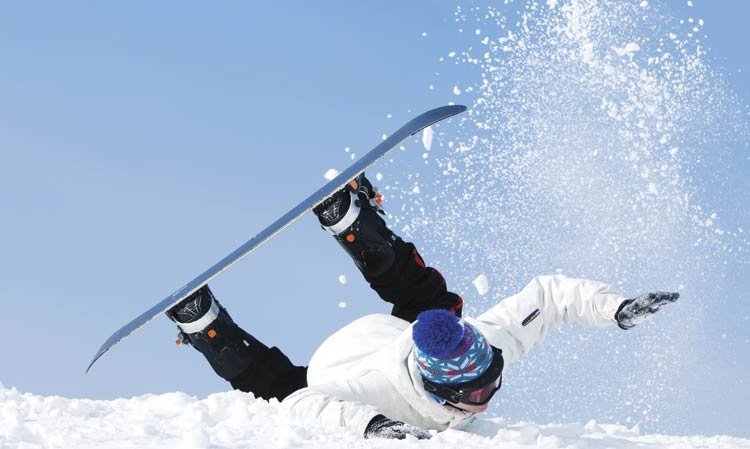 God foresaw our human weaknesses and personal shortcomings and wove them into His plan for our life. Nothing is outside God’s control, and with our cooperation He is able to bring good out of any situation, even a bad one. In fact, instead of being roadblocks on the road of life, problems often can be turned into stepping stones to bigger and better things.

Here are some biblical examples:

Joseph trusted in God through good and bad times, and in due time the difficulties he faced put him in a position to help his family and nation (Genesis 37–47).

Joseph’s brothers secretly sold him into foreign slavery, where he wound up the property of Potiphar, an officer of Pharaoh and captain of the guard. Joseph rose to prominence in his new position, but when Potiphar’s wife falsely accused him of attempting to molest her, he was thrown into prison.

He rose to a position of responsibility in the prison as well, and when he correctly interpreted a dream Pharaoh’s cupbearer had had, the cupbearer agreed to petition his release from Pharaoh. Unfortunately, the man promptly forgot his promise, and Joseph languished in jail for two more years. It seemed like things had only gotten worse for poor Joseph.

But when Pharaoh himself had two troubling dreams that none of his wise men could interpret, the cupbearer remembered Joseph and mentioned him to Pharaoh. When Joseph correctly interpreted the dreams, Pharaoh not only released him from prison but also made him his senior minister, second in command over the entire land of Egypt. As such, Joseph eventually found himself in a position to save Egypt, his family, and much of the region from a seven-year famine, and he was finally reunited with his family.

Joseph declared that God had brought good from his brothers’ evil deed, despite numerous troubles in the meantime, including Potiphar’s wife’s false accusations, the cupbearer’s ungratefulness and poor memory, and famine.

“You [Joseph’s brothers] intended to harm me, but God intended it all for good. He brought me to this position so I could save the lives of many people” (Genesis 50:20 NLT).

Through His sacrificial death on the cross, Jesus paid the price for our sins and made it possible for us to enjoy eternal life with Him.

The Jewish religious and civil leaders accused Jesus of blasphemy, decided He should be put to death, and took Him to Pontius Pilate, the Roman governor in Judea. Pilate could find no reason to condemn Jesus, but because he feared the hostile crowd that had gathered, he let the people decide Jesus’ fate. Provoked by their leaders, the crowd demanded, “Crucify him!”

Jesus was mocked, struck, and spat upon. He was whipped, and the sharp bits of iron and bone that were tied to the tips of the whip’s thongs mauled and tore His flesh. A crown of thorns was placed on His head. Stripped naked and too weak after all these tortures to carry His cross to the execution site, a bystander was forced to carry it for Him.

At Golgotha, stakes were driven through His wrists and ankles, fastening Him to the cross where He was left to die between two common criminals. Jesus hung on the cross for six hours, during which time soldiers gambled for His clothing and onlookers shouted insults at Him. Nearly all His friends and followers abandoned Him. Feeling utterly alone, He cried out to His Father, “My God, My God, why have You forsaken Me?” But as He died He declared, “It is finished!” Our sins were atoned for. Salvation had come.

“Herod Antipas, Pontius Pilate the governor, the Gentiles, and the people of Israel were all united against Jesus, your [God’s] holy servant, whom you anointed. But everything they did was determined beforehand according to your will” (Acts 4:27–28 NLT).

Things seemed to have gone horribly wrong for Paul and Silas at Philippi (Acts 16:16–40).

When Paul freed a fortune-teller from the demon that possessed her, the woman’s irate masters stirred up a mob against the Christian teachers, dragged them before the local authorities, and brought false charges against them. The officials had them stripped, beaten, clamped in irons, and tossed into prison, disregarding their rights as Roman citizens. That night there was a massive earthquake that shook the prison so violently that the walls crumbled and the doors flew open.

But after Paul and Silas saved the jailer’s life by not fleeing the scene, the jailer took them to his own house, set a meal before them, tended to their wounds, and listened to what they had to say. That very night, he and his entire household came to believe in Jesus. The next morning Paul and Silas were released from custody, with the apologies of the court.

“He [the jailer] and his entire household rejoiced because they all believed in God” (Acts 16:34 NLT).

More in this category: « Freedom from Fear What the Bible Says About God, the Natural World, and Us »