Jesus Practiced What He Preached—And So Can We 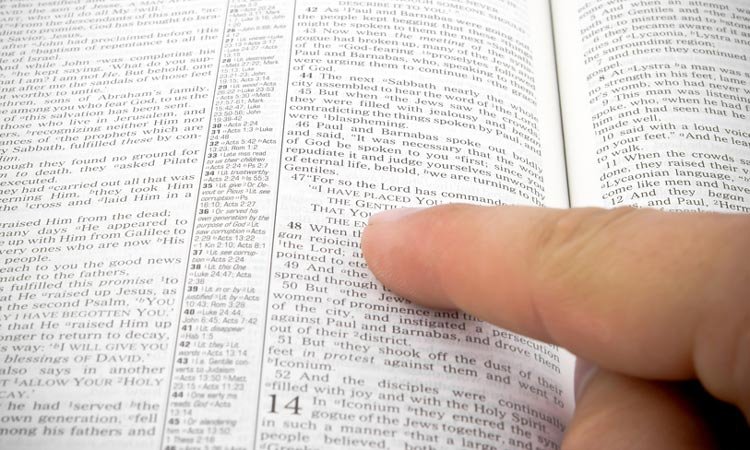 Make a time and place for prayer

Matthew 6:6: But you, when you pray, go into your room, and when you have shut your door, pray to your Father who is in the secret place; and your Father who sees in secret will reward you openly.

Mark 1:35: Now in the morning, having risen a long while before daylight, He went out and departed to a solitary place; and there He prayed.

Mark 6:46: And when He had sent them away, He departed to the mountain to pray.

Luke 5:16:  So He Himself often withdrew into the wilderness and prayed.

Matthew 5:43–48: “You have heard that it was said, ‘You shall love your neighbor and hate your enemy.’44 But I say to you, love your enemies, bless those who curse you, do good to those who hate you, and pray for those who spitefully use you and persecute you,45 that you may be sons of your Father in heaven; for He makes His sun rise on the evil and on the good, and sends rain on the just and on the unjust.46 For if you love those who love you, what reward have you? Do not even the tax collectors do the same?47 And if you greet your brethren only, what do you do more than others? Do not even the tax collectors do so?48 Therefore you shall be perfect, just as your Father in heaven is perfect.

Matthew 9:9–13: As Jesus passed on from there, He saw a man named Matthew sitting at the tax office. And He said to him, “Follow Me.”So he arose and followed Him. 10 Now it happened, as Jesus sat at the table in the house, that behold, many tax collectors and sinners came and sat down with Him and His disciples. 11 And when the Pharisees saw it, they said to His disciples, “Why does your Teacher eat with tax collectors and sinners?” 12 When Jesus heard that, He said to them, “Those who are well have no need of a physician, but those who are sick.13 But go and learn what this means: ‘I desire mercy and not sacrifice.’ For I did not come to call the righteous, but sinners, to repentance.”

Matthew 14:14: And when Jesus went out He saw a great multitude; and He was moved with compassion for them, and healed their sick.

Mark 10:17–21: Now as He was going out on the road, one came running, knelt before Him, and asked Him, “Good Teacher, what shall I do that I may inherit eternal life?” 18 So Jesus said to him, “Why do you call Me good? No one is good but One, that is, God.19 You know the commandments: ‘Do not commit adultery,’ ‘Do not murder,’ ‘Do not steal,’ ‘Do not bear false witness,’ ‘Do not defraud,’ ‘Honor your father and your mother.’” 20 And he answered and said to Him, “Teacher, all these things I have kept from my youth.” 21 Then Jesus, looking at him, loved him, and said to him, “One thing you lack: Go your way, sell whatever you have and give to the poor, and you will have treasure in heaven; and come, take up the cross, and follow Me.”

Luke 23:39–43: Then one of the criminals who were hanged blasphemed Him, saying, “If You are the Christ, save Yourself and us.” 40 But the other, answering, rebuked him, saying, “Do you not even fear God, seeing you are under the same condemnation? 41 And we indeed justly, for we receive the due reward of our deeds; but this Man has done nothing wrong.” 42 Then he said to Jesus, “Lord, remember me when You come into Your kingdom.” 43 And Jesus said to him, “Assuredly, I say to you, today you will be with Me in Paradise.”

John 8:1–11: But Jesus went to the Mount of Olives. 2 Now early in the morning He came again into the temple, and all the people came to Him; and He sat down and taught them. 3 Then the scribes and Pharisees brought to Him a woman caught in adultery. And when they had set her in the midst, 4 they said to Him, “Teacher, this woman was caught in adultery, in the very act. 5 Now Moses, in the law, commanded us that such should be stoned. But what do You say?” 6 This they said, testing Him, that they might have something of which to accuse Him. But Jesus stooped down and wrote on the ground with His finger, as though He did not hear. 7 So when they continued asking Him, He raised Himself up and said to them, “He who is without sin among you, let him throw a stone at her first.”8 And again He stooped down and wrote on the ground. 9 Then those who heard it, being convicted by their conscience, went out one by one, beginning with the oldest even to the last. And Jesus was left alone, and the woman standing in the midst. 10 When Jesus had raised Himself up and saw no one but the woman, He said to her, “Woman, where are those accusers of yours? Has no one condemned you?” 11 She said, “No one, Lord.” And Jesus said to her, “Neither do I condemn you; go and sin no more.”

Luke 18:15–17: Then they also brought infants to Him that He might touch them; but when the disciples saw it, they rebuked them. 16 But Jesus called them to Him and said, “Let the little children come to Me, and do not forbid them; for of such is the kingdom of God.17 Assuredly, I say to you, whoever does not receive the kingdom of God as a little child will by no means enter it.”

Matthew 5:25–26: Agree with your adversary quickly, while you are on the way with him, lest your adversary deliver you to the judge, the judge hand you over to the officer, and you be thrown into prison.26 Assuredly, I say to you, you will by no means get out of there till you have paid the last penny.

Luke 20:19–26: And the chief priests and the scribes that very hour sought to lay hands on Him, but they feared the people—for they knew He had spoken this parable against them. 20 So they watched Him, and sent spies who pretended to be righteous, that they might seize on His words, in order to deliver Him to the power and the authority of the governor. 21 Then they asked Him, saying, “Teacher, we know that You say and teach rightly, and You do not show personal favoritism, but teach the way of God in truth: 22 Is it lawful for us to pay taxes to Caesar or not?” 23 But He perceived their craftiness, and said to them, “Why do you test Me? 24 Show Me a denarius. Whose image and inscription does it have?” They answered and said, “Caesar’s.” 25 And He said to them, “Render therefore to Caesar the things that are Caesar’s, and to God the things that are God’s.” 26 But they could not catch Him in His words in the presence of the people. And they marveled at His answer and kept silent.

John 8:3–9: Then the scribes and Pharisees brought to Him a woman caught in adultery. And when they had set her in the midst, 4 they said to Him, “Teacher, this woman was caught in adultery, in the very act. 5 Now Moses, in the law, commanded us that such should be stoned. But what do You say?” 6 This they said, testing Him, that they might have something of which to accuse Him. But Jesus stooped down and wrote on the ground with His finger, as though He did not hear. 7 So when they continued asking Him, He raised Himself up and said to them, “He who is without sin among you, let him throw a stone at her first.”8 And again He stooped down and wrote on the ground. 9 Then those who heard it, being convicted by their conscience, went out one by one, beginning with the oldest even to the last. And Jesus was left alone, and the woman standing in the midst.

Matthew 11:29: Take My yoke upon you and learn from Me, for I am gentle and lowly in heart, and you will find rest for your souls.

John 13:3–15: Jesus, knowing that the Father had given all things into His hands, and that He had come from God and was going to God, 4 rose from supper and laid aside His garments, took a towel and girded Himself. 5 After that, He poured water into a basin and began to wash the disciples’ feet, and to wipe them with the towel with which He was girded. 6 Then He came to Simon Peter. And Peter said to Him, “Lord, are You washing my feet?” 7 Jesus answered and said to him, “What I am doing you do not understand now, but you will know after this.” 8 Peter said to Him, “You shall never wash my feet!” Jesus answered him, “If I do not wash you, you have no part with Me.” 9 Simon Peter said to Him, “Lord, not my feet only, but also my hands and my head!” 10 Jesus said to him, “He who is bathed needs only to wash his feet, but is completely clean; and you are clean, but not all of you.”11 For He knew who would betray Him; therefore He said, “You are not all clean.” 12 So when He had washed their feet, taken His garments, and sat down again, He said to them, “Do you know what I have done to you?13 You call Me Teacher and Lord, and you say well, for so I am.14 If I then, your Lord and Teacher, have washed your feet, you also ought to wash one another’s feet.15 For I have given you an example, that you should do as I have done to you.

Luke 22:25–27: And He said to them, “The kings of the Gentiles exercise lordship over them, and those who exercise authority over them are called ‘benefactors.’26 But not so among you; on the contrary, he who is greatest among you, let him be as the younger, and he who governs as he who serves.27 For who is greater, he who sits at the table, or he who serves? Is it not he who sits at the table? Yet I am among you as the One who serves.

Philippians 2:5–8: Let this mind be in you which was also in Christ Jesus, 6 who, being in the form of God, did not consider it robbery to be equal with God, 7 but made Himself of no reputation, taking the form of a bondservant, and coming in the likeness of men. 8 And being found in appearance as a man, He humbled Himself and became obedient to the point of death, even the death of the cross.

Matthew 5:9: Blessed are the peacemakers, for they shall be called sons of God.

Matthew 26:48–52: Now His betrayer had given them a sign, saying, “Whomever I kiss, He is the One; seize Him.” 49 Immediately he went up to Jesus and said, “Greetings, Rabbi!” and kissed Him. 50 But Jesus said to him, “Friend, why have you come?” Then they came and laid hands on Jesus and took Him. 51 And suddenly, one of those who were with Jesus stretched out his hand and drew his sword, struck the servant of the high priest, and cut off his ear. 52 But Jesus said to him, “Put your sword in its place, for all who take the sword will perish by the sword.

Matthew 6:33: But seek first the kingdom of God and His righteousness, and all these things shall be added to you.

John 14:31: But that the world may know that I love the Father, and as the Father gave Me commandment, so I do. Arise, let us go from here.

More in this category: « How to Be More Positive God’s Christmas Gifts to You »