Motherhood as God Sees It 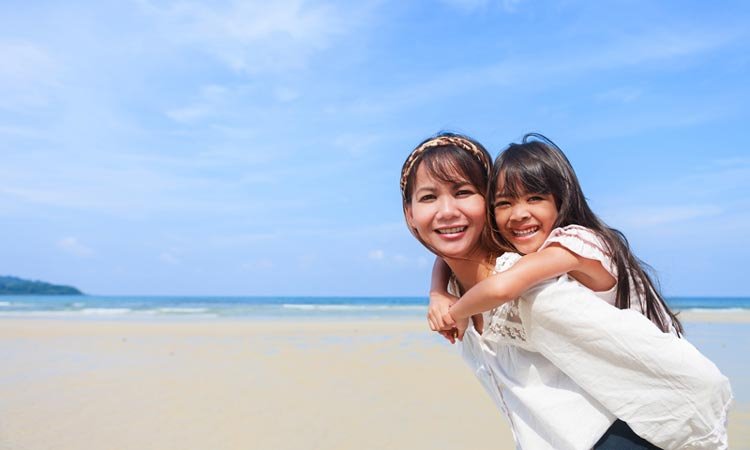 Proverbs 12:4: An excellent wife is the crown of her husband, But she who causes shame is like rottenness in his bones.

A godly mother shines in the home and with her children.

Proverbs 31:27: She watches over the ways of her household, And does not eat the bread of idleness.

1 Timothy 3:11: Likewise their wives must be reverent, not slanderers, temperate, faithful in all things.

A godly mother brings love and harmony to the home.

Colossians 2:2: That their hearts may be encouraged, being knit together in love, and attaining to all riches of the full assurance of understanding, to the knowledge of the mystery of God, both of the Father and of Christ.

1 Peter 4:8: And above all things have fervent love for one another, for "love will cover a multitude of sins."

A good mother applies discipline when needed and isn’t overindulgent.

Proverbs 19:18: Chasten your son while there is hope, And do not set your heart on his destruction.

Proverbs 22:15: Foolishness is bound up in the heart of a child; The rod of correction will drive it far from him.

Proverbs 29:15: a child left to himself brings shame to his mother.

A good mother imparts godly values to her children through God’s Word.

Deuteronomy 6:7: You shall teach them diligently to your children, and shall talk of them when you sit in your house, when you walk by the way, when you lie down, and when you rise up.

Deuteronomy 31:12–13: "Gather the people together, men and women and little ones, and the stranger who is within your gates, that they may hear and that they may learn to fear the LORD your God and carefully observe all the words of this law, 13 and that their children, who have not known it, may hear and learn to fear the LORD your God as long as you live in the land which you cross the Jordan to possess."

Hagar with Ishmael: Genesis 21:15–16: And the water in the skin was used up, and she placed the boy under one of the shrubs. 16 Then she went and sat down across from him at a distance of about a bowshot; for she said to herself, "Let me not see the death of the boy." So she sat opposite him, and lifted her voice and wept.”

Moses’ parents: Exodus 1:22; 2:1–2; Hebrews 11:23: So Pharaoh commanded all his people, saying, "Every son who is born you shall cast into the river, and every daughter you shall save alive." 2:1  And a man of the house of Levi went and took as wife a daughter of Levi. 2  So the woman conceived and bore a son. And when she saw that he was a beautiful child, she hid him three months. 23 By faith Moses, when he was born, was hidden three months by his parents, because they saw he was a beautiful child; and they were not afraid of the king’s command.

The Shunammite woman and Elisha: 2 Kings 4:17–20,27: But the woman conceived, and bore a son when the appointed time had come, of which Elisha had told her. 18  And the child grew. Now it happened one day that he went out to his father, to the reapers. 19 And he said to his father, "My head, my head!" So he said to a servant, "Carry him to his mother." 20 When he had taken him and brought him to his mother, he sat on her knees till noon, and then died. 27 Now when she came to the man of God at the hill, she caught him by the feet, but Gehazi came near to push her away. But the man of God said, "Let her alone; for her soul is in deep distress, and the LORD has hidden it from me, and has not told me."

The Canaanite woman pleads with Jesus to heal her son: Matthew 15:22-28

Mary at the cross of Jesus: John 19:17,18,25: And He, bearing His cross, went out to a place called the Place of a Skull, which is called in Hebrew, Golgotha, 18 where they crucified Him, and two others with Him, one on either side, and Jesus in the center.  25 Now there stood by the cross of Jesus His mother, and His mother’s sister, Mary the wife of Clopas, and Mary Magdalene.

More in this category: « Heavenly Healing Why God Sent Jesus »