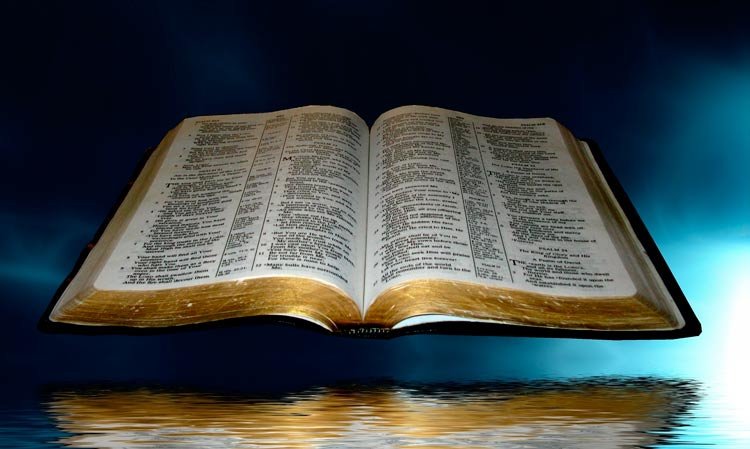 Many books in my library are now behind and beneath me. They were good in their way once, and so were the clothes I wore when I was ten years old; but I have outgrown them. Nobody ever outgrows Scripture; the book widens and deepens with our years.—Charles Haddon Spurgeon (1834–1892), British preacher and writer

I have found in the Bible words for my inmost thoughts, songs for my joy, utterances for my hidden griefs, and pleadings for my shame and feebleness.—Samuel Taylor Coleridge (1772–1834), British poet

There is abundant evidence that the Bible, though written by men, is not the product of the human mind. By countless multitudes it has always been revered as a communication to us from the Creator of the universe. … We must not build on the sands of an uncertain and ever-changing science … but upon the rock of inspired Scriptures.”—Sir Ambrose Fleming (1849–1945), British electrical engineer and inventor

The Bible is a rock of diamonds, a chain of pearls, the sword of the Spirit; a chart by which the Christian sails to eternity; the map by which he daily walks; the sundial by which he sets his life; the balance in which he weighs his actions.—Thomas Watson (c.1620–1686), English preacher and author

For me, the Bible is the Book. I cannot see how anybody can live without it.—Gabriela Mistral (1889–1957), Chilean poetess and Nobel Prize winner

All human discoveries seem to be made only for the purpose of confirming more and more strongly the truth contained in the Sacred Scriptures.—Sir William Herschel (1738–1822), British astronomer

We must make a great difference between God’s Word and the word of man. A man’s word is a little sound, that flies into the air, and soon vanishes; but the Word of God is greater than heaven and earth, yea, greater than death and hell, for it forms part of the power of God, and endures everlastingly.—Martin Luther (1483–1546), German reformer

This book [the Bible] had to be written by one of three people: good men, bad men, or God. It couldn’t have been written by good men because they said it was inspired by the revelation of God. Good men don’t lie and deceive. It couldn’t have been written by bad men because bad men would not write something that would condemn themselves. It leaves only one conclusion. It was given by divine inspiration of God.—John Wesley (1703–1791), English theologian and founder of Methodism

More in this category: « Where to Start? The Lighthouse »