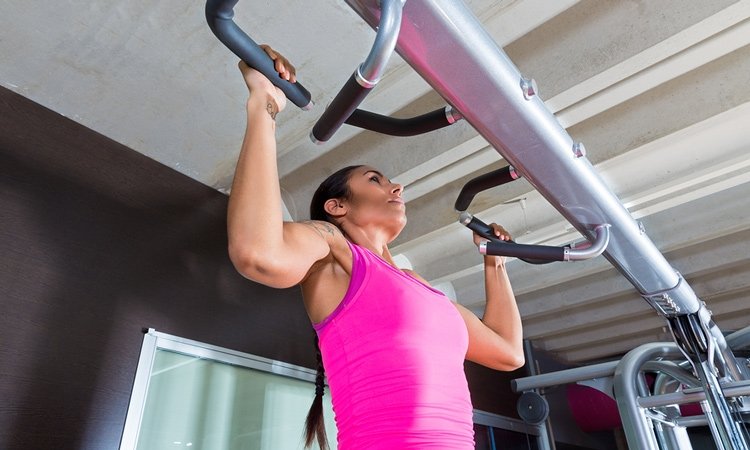 One day I was lamenting this to a friend who was often in the gym at the same time as I was. He told me he was sure I could do it—and he was very fit and knew his stuff, so I bought into his belief and decided to try. He walked me through it, enlightening me to the fact that it wasn’t just a matter of using my arms and shoulders, but that core strength and positioning had a lot to do with it. That was the first day of a months-long exercise in persistence.

First, I did assisted chin-ups for a while—starting with one and working up to 10. I did this for a couple of months. Then I moved into starting from the ending position at the top, letting myself down, and pulling myself back up. Well, trying to, anyway. At first, I could just move a few inches upward. After a couple of weeks, it was half-way. I wrote in my journal the date when I did my first full unassisted chin-up—three months after setting the goal. From there, it was only a matter of time until I could do two, then three … and a little over two years later, I was up to ten.

I’m ashamed to say that I’ve slipped a bit in my fitness levels these days and am only doing assisted pull-ups at present. That’s with the forward grip, which is a bit harder than the other way around. I’ve recently set myself a goal: I’m going to work up to one unassisted pull-up. I don’t know how long it’s going to take, but I know that I will do it. I’ve proven to myself that I am capable of persistence and tenacity, and that’s what gets the job done.

More in this category: « Out of My Comfort Zone Health and Fitness »