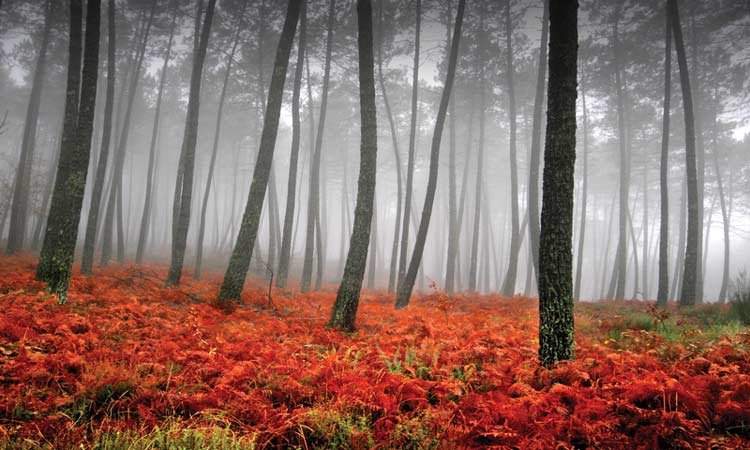 Last winter I took a five-week trip to fundraise for a humanitarian aid project I'm involved with. My plan was ambitious—possibly overly so. Long, intense days for over a month straight took a toll on my spiritual life and general disposition.

One day, as I was taking my lunch break and walking around the large mall where I was manning a collection booth, the nonstop sights and sounds in this highly charged commercial setting were weighing on my spirit. I am a nature lover, and the below-zero temperatures and severe snowstorms that kept me indoors even when I got off work were another factor that made me feel trapped and miserable.

As I passed one glitzy display after another for what seemed like the tenth time, I was on the verge of tears and began to pray silently. I told God how I wanted to be far from all this noise and incessant activity, how I wished for the peace and quiet of a forest, surrounded by nature, where I would be able to more clearly feel His presence and hear His voice.

Then I saw it. I don’t know how I had missed it before. Right in front of me was a large picture of an incredibly beautiful, almost magical, misty forest. As I got closer, I realized it was part of a temporary photo exhibit. I went in and was immediately immersed in a beautiful collection of scenes depicting the majesty of God’s creation—mountains, rivers, lakes, deserts, caves, sunsets, and more. They were the most beautiful pictures of nature I had ever seen. The lighting was dim except for the photographs, and soft instrumental music was playing. I was totally alone, and overstuffed armchairs in the center of the gallery beckoned me to sit, relax, and take it all in. It was too good to be true. In the dead of winter, in the most hectic place I have ever been, God gave me the one thing I wanted most, which had seemed impossible—twenty minutes with Him in an enchanting forest, with a rippling stream on one side and rolling green hills on the other.

God goes out of His way every day to show us His love. No need of ours is too small or too big for Him to meet. I now have complete confidence in that.

More in this category: « Thoughts I'll Take the Mountain »