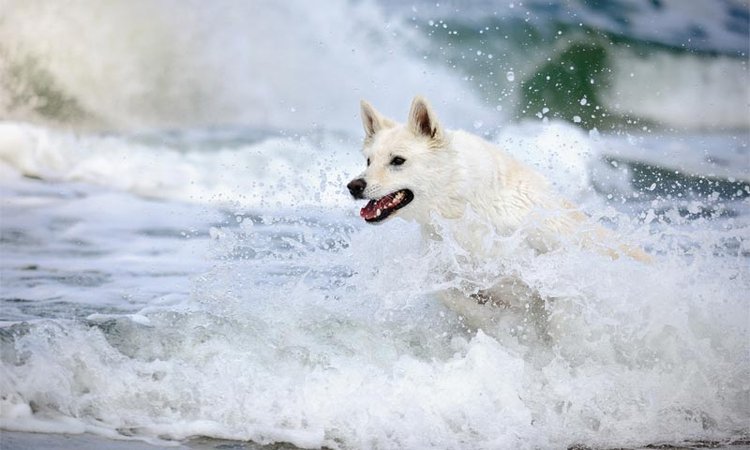 I have always been a dog person. I grew up with dogs, and even later in life when my wife and I served as missionaries, we felt a dog was a necessary addition to our household. So we got ourselves a puppy and a collar.

Not just any collar, but the best one we could find. In fact, when I would take him on walks in the morning or explore the fields together at dusk, with his stainless steel collar complete with a gold-colored name tag, he often seemed better dressed than I was.

Unfortunately, it seemed the dog was blissfully unaware of the fact that he wore an outstanding collar and wasn’t interested in protecting his earthly possessions.

He lost it in the ocean.

He loved to growl and bark at the foam and throw himself into the waves that were five times as high as he was, only to swim back with a humongous dog smile as if to say, I conquered the sea, boss. Did you see it?

But one day, his collar was gone. Although it was frustrating, there wasn’t really anything we could do, and since there was no pet shop nearby, we tied a rope around his brown neck.

That day I was walking along the beach to have quiet prayer time with God. There was no one on the beach, except an old fisherman, preparing his nets.

When he saw me he waved, and when I got closer, he cast me a toothless grin. His piercing, blue eyes on his weather-wrinkled face studied me for a moment. “Is this yours?”

He pulled something from his pocket and showed it to me.

My mouth fell open. It was our dog’s collar.

“Found it while fishing,” he said. “Looks expensive.”

“Yes, it is,” I said, flabbergasted. “He lost it in the sea three days ago. Isn’t God good! He can take care of even the most insignificant details in life.”

“God,” the fisherman answered. “What’s He got to do with it?”

And that day, while I found our dog’s collar, what that man found was friendship with Jesus.

More in this category: « Bitter for Sweet A Life Well Lived »