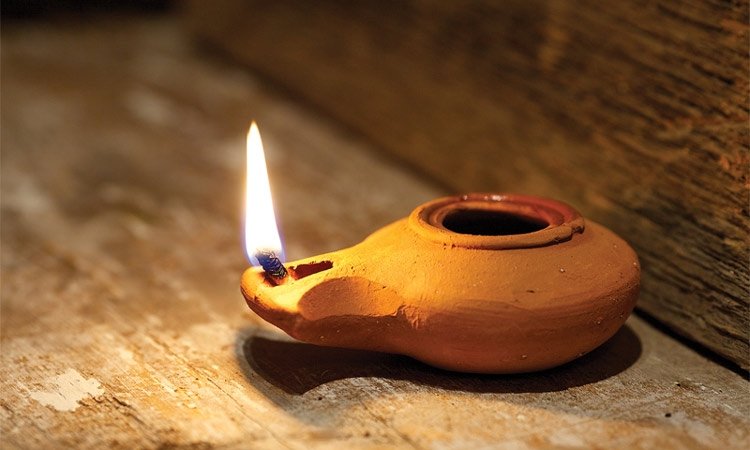 Jesus opened the Sermon on the Mount with the Beatitudes, which provide an overview of how He intends for those who follow Him to live their faith. Throughout the rest of the Sermon, He expressed further and more detailed principles which build on the Beatitudes.

One of those principles, following right after the Beatitudes, is:

“You are the salt of the earth, but if salt has lost its taste, how shall its saltiness be restored? It is no longer good for anything except to be thrown out and trampled under people’s feet. You are the light of the world. A city set on a hill cannot be hidden. Nor do people light a lamp and put it under a basket, but on a stand, and it gives light to all in the house. In the same way, let your light shine before others, so that they may see your good works and give glory to your Father who is in heaven.”1

In the ancient world, salt was much more important than it is today. The Mosaic Law required that sacrifices made in the temple contain salt, and Roman soldiers received a portion of their wages in salt. A small amount of salt added to food permeates the whole dish, making it taste so much better. The attributes spoken of in the Beatitudes and throughout the Sermon on the Mount radiate from true followers of Jesus and influence others for the better. Thus they are like “salt,” flavoring everyone around them.

Since ancient times, salt has also been used to preserve food, mainly fish and meat, keeping them from becoming putrid and decaying. The influence of believers in the world can and should influence individuals and society in a manner that works to preserve good and godly values, and counter those the Bible describes as ungodly. We Christians are meant to be a positive spiritual and moral force in the world through our example of living Jesus’ teachings, doing what we can to emulate Him, and sharing the good news of salvation with others.

We know today that pure salt (sodium chloride) will not lose its saltiness. However, salt in Jesus’ day wasn’t pure, since there were no refineries. Salt in Palestine generally came from the Dead Sea. It was more powderlike than the salt most of us are familiar with today, and it contained a mixture of other minerals. Since sodium chloride was the most soluble part of the mixture, it could be washed out or dissolved if it was exposed to condensation or rainwater. When that happened, even though the white powder that was left still looked like salt, it neither tasted like nor had the preserving properties of salt. It was good for nothing. Like tasteless salt, disciples who lack genuine commitment to discipleship become ineffective.

Jesus then used another metaphor about light, pointing out that a disciple’s life is meant to light up the world around them, and that disciples whose lives do not reveal the Father’s works are like lights which aren’t seen. The world needs the light of Jesus, and His disciples are to be visible, like a city on a hill—which can be clearly seen from far away in both day and night, due to its lights.

Jesus also spoke of a lamp that gives light within a house. A typical peasant house in Israel contained only one room, so one lamp would have lit up the entire house. A domestic lamp in Jesus’ day was a shallow bowl of oil with a wick. It was normally stationary, placed on a lampstand. Jesus points out that people put the lamp on the stand to light the whole house; they don’t put it under a basket where the light can’t be seen. A basket, translated in some Bible versions as a bowl, was a vessel which was used to measure grain and held about nine liters. It was made from either earthenware or reeds. Putting such a vessel over the lamp would completely hide the light and eventually put it out altogether.

For the lamp to fulfill its purpose of giving light, it needs to be visible; so covering the light would be absurd, since it would work against the purpose of the lamp. Likewise, to be effective Christians, we are to live in a manner which allows others to see that we are Christian, to see how a life in alignment with Jesus’ teachings is lived. In the same way that a city set on a hill is clearly seen, and a lamp gives light to the whole house, we are to be light from God to those we interact with.

Later in the Sermon on the Mount, Jesus instructs His disciples that they shouldn’t let others see when they do good works, which seems at first glance to be in conflict with what He says here: “Let your light shine before others, so that they may see your good works and give glory to your Father who is in heaven.”

In living our faith, we are to do all we can to reflect God—being loving, merciful, and compassionate in our actions; helping others, giving to those in need, etc. Our goal, however, should be to do these things for God’s glory, not our own. Our purpose for helping others, for putting Jesus’ teachings into action, needs to be our commitment to love God and to love our neighbor as ourselves. It is part of who we are as Christians, as our purpose is to live in a way that glorifies God. Since we have become part of God’s family, we reflect His attributes because He is our Father.

Being followers of Jesus and His teachings is meant to set us apart. As Jesus said, “You are not of the world, but I chose you out of the world.”2 The apostle Paul expressed it this way: “One time you were darkness, but now you are light in the Lord. Walk as children of light (for the fruit of light is found in all that is good and right and true).”3

Disciples of Jesus are the light of the world, and like a city set on a hill which can’t be hidden, like a lamp that gives light to all within the house, we are called to let the light that is within us shine in a manner that others can see, so that they will give glory to God. As Christians, we are meant to reflect the light of God into our world in order to light the pathway to Him. It is part of the job description of a believer.

The calling of Christians is to be the salt of the earth and the light of the world. To be effective and true to our calling, we must remain salty and keep our light from being covered; otherwise we become ineffective—salt that has lost its flavor, light which benefits no one. Our commitment as followers of Jesus is to live His teachings so that the light within us shines before others; so that they will see our good works, our loving actions, how we conduct ourselves in God’s love, and they will take notice and see God’s reflection within us. The hope is that they will want to know what has made us the way we are, thus opening the door to tell them of God’s love for them, resulting in them entering a relationship with Him and further glorifying Him.

May each of us truly be the salt of the earth and the light of the world.

More in this category: « A Life Well Lived Eternity »