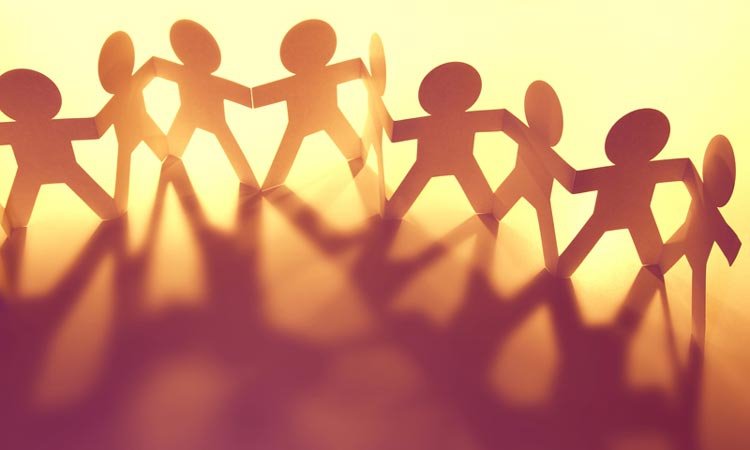 You may not feel great or as if you have hero-like qualities of your own; even the apostle Paul lamented, “I have the desire to do what is good, but I cannot carry it out.”1 Yet God can make more of us than we are, if we avail ourselves of the help of His Son, Jesus. “Thanks be to God, who gives us the victory through our Lord Jesus Christ.”2

[A hero is] someone admired for their achievements and noble qualities; I propose to you without hesitation that heroes are all around us. They face challenges each and every day, and they do so with integrity and humility.
—William D. Holland

Who decided … that heroes have to wear capes or have superpowers?
—Josh Putnam, writing about a community project to take photographs “celebrating the everyday heroes in our midst.”3

My own heroes are the dreamers, those men and women who tried to make the world a better place than when they found it, whether in small ways or great ones. Some succeeded, some failed, most had mixed results … but it is the effort that’s heroic, as I see it. Win or lose, I admire those who fight the good fight.
—George R. R. Martin (b. 1948), American author of the A Song of Fire and Iceseries of epic fantasy novels

True greatness, true leadership, is achieved not by reducing men to one’s service, but by giving oneself in selfless service to them.
—Author unknown

Invisible heroes may never make it into our school textbooks, garner their own Wikipedia entries, or have their own YouTube video that goes viral. But they are all indispensable members of our society. These hidden heroes are also our most essential heroes.
—Scott T. Allison4

The longer I live the more I am convinced that each of us has some hero-like qualities. We all face challenges. We all face hardships. We all encounter, during our lifetime, moments when we can rise above our basest of animal instincts and become angels of a higher calling. It is at that time, when we answer that calling, that we become a hero in the truest sense of the word.
—William D. Holland

And if a lowly singer dries one tear,
Or soothes one humble human heart in pain,
Be sure his homely verse to God is dear,
And not one stanza has been sung in vain.
—Walter Malone (1866–1915), American lawyer and poet

No one is useless in this world who lightens the burden of it for anyone else.
—Charles Dickens (1812–1870), English writer and social critic

By humility and the fear of the Lord are riches and honor and life.
—Proverbs 22:4

I long to accomplish great and noble tasks, but it is my chief duty to accomplish humble tasks as though they were great and noble. The world is moved along, not only by the mighty shoves of its heroes, but also by the aggregate of the tiny pushes of each honest worker.
—Helen Keller (1880–1968), deafblind American author, political activist, and lecturer

The world measures greatness by money, or eloquence, or intellectual skill, or even by prowess on the field of battle. But here is the Lord’s standard: “Whosoever shall humble himself as this little child, the same is the greatest in the kingdom of heaven.”5
—John Henry Jowett (1864–1923), English pastor and author

Man’s greatest actions are performed in minor struggles. Life, misfortune, isolation, abandonment, and poverty are battlefields which have their heroes—obscure heroes who are at times greater than illustrious heroes.
—Victor Hugo (1802–1885), French poet, novelist, and dramatist of the Romantic Movement

Be clothed with humility, for “God resists the proud, but gives grace to the humble.”
—1 Peter 5:5

Do not confuse notoriety and fame with greatness. Many of the titled in today’s world obtained their fame and fortune outside their own merit. On the other hand, I have met great people in the most obscure roles. Greatness is a measure of one’s spirit, not a result of one’s rank in human affairs. Nobody, least of all mere human beings, confers greatness upon another, for it is not a prize but an achievement. Greatness can crown the head of a janitor just as readily as it can come to someone of high rank.
—Sherman G. Finesilver (1927–2006), United States federal judge

Now abide faith, hope, love, these three; but the greatest of these is love.
—1 Corinthians 13:13

More in this category: « The Love of Colors Courage Under Fire »