From Mundane to Marvelous 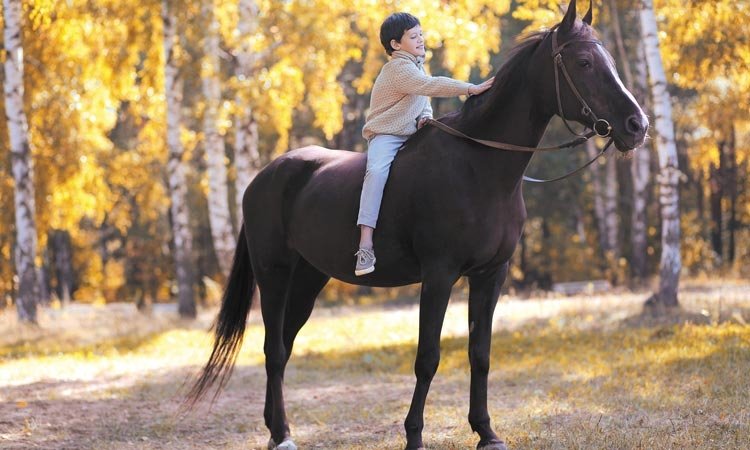 One of my favorite novels is C. S. Lewis’s The Horse and His Boy, one of the seven books in The Chronicles of Narnia series. The heroine, Aravis, is a princess trying to escape an arranged marriage to a high-ranking, but loathsome, fellow. Escaping with her are some newfound friends who, despite being unrelated, cross paths with her and decide to travel together for safety. Their destination is the mystical land of Narnia.

Halfway through their journey, Aravis bumps into one of her rich girlfriends. Mistakes made by both girls lead to Aravis being separated from her traveling buddies, but after many obstacles and delays, they make it to a hidden gate behind the king’s deserted old palace. Just when things are looking up, however, Aravis’ father, the king, and his aides suddenly show up in the deserted palace. The pair duck into a nearby room and fling themselves behind a couch. To their horror, only moments later, Aravis’s betrothed husband and the king enter the room for a top-secret council, forcing the girls to stay put until the council is dismissed.

Yet it is there, trembling behind the couch and only inches away from the man she is fleeing from, that Aravis hears the most important secret she will ever hear: the crown prince is planning a surprise invasion of Narnia and the neighboring kingdom of Archenland within the next few hours.

After the council’s dismissal, Aravis’s friend helps her to flee the city and rejoin her traveling buddies. Aravis shares what she has heard, and they are able to warn Archenland’s king in the nick of time. As a result, Archenland’s army defeats the prince, saving Archenland and Narnia. Both kingdoms may have been lost if it had not been for the mistakes made by Aravis and her friend. Had all gone according to plan, Aravis would have escaped before the king entered the palace for his clandestine meeting. But what would have become of Narnia and Archenland, where Aravis and her friends settle after the war?

Although Aravis’s original purpose—escaping a detestable marriage—was worthy enough, it was rather mundane compared with the noble mission of saving not only two great kingdoms but also the futures of her friends; but this marvelous turn of events was only brought about through her and her friend’s mistakes and circumstances beyond her control.

In Aravis’s adventures, I find many parallels to my own experiences. Her flight from her home reminds me of how often I have tried to “escape” from a situation or circumstance to some better place I envisioned—a better job, an ideal relationship, etc. Like Aravis, I have my goal clearly defined in my mind, and I am determined to reach it regardless of what stands in my way. And so I pray, “Please help everything to go smoothly and splendidly. Please clear away potential obstacles and problems—all the kind of stuff that is so inconvenient and bothersome.” God probably looks at my plans and chuckles, That’s OK, but it’s rather mundane. I’ve got something truly marvelous in mind! On hearing my prayer, He probably smiles and says, Problems may not seem beneficial, but they are My favorite tools for accomplishing My purposes.

More often than not, I make mistakes in the course of my journey and unforeseen problems arise, nearly ruining my chances for “escape.” Deals fall through. Plans crumble. Personalities clash. Communications become strained. Circumstances take the situation out of my control. I sigh with frustration and struggle desperately to regain control and bring my plans back on track. But instead of getting better, the situation often dissolves into seeming catastrophe and failure.

“Things couldn’t get worse!” I mutter. But eventually, the pieces fall into place—differently, yet more beautifully than I could hope for, and I see that God used all those annoying obstacles and errors to steer me toward worthwhile opportunities and fruitful and lasting outcomes. He even uses my mistakes to redirect my steps away from my plans and closer to His plans. Experiencing the breakdown of my plans and seeing the beauty of God’s design has transferred my confidence from my “nice, neat plans” to God’s “complete, comprehensive insight.”

When I recognize His hand, I sigh—this time, in contentment—as I marvel at the beautiful place that God has brought me to. With gratitude, I realize that I would never have arrived where I am today if God had not overturned my original plans so that He could transform them from mundane to marvelous.

More in this category: « Surprise! Tasting the Fruit »