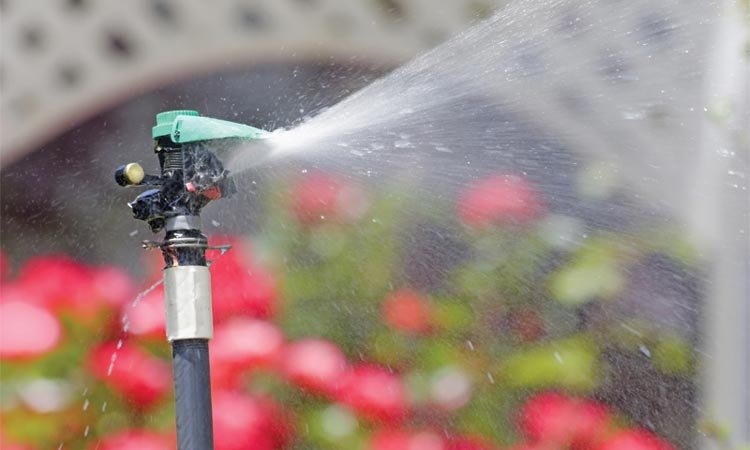 Have you ever wondered why it is that from time to time you find yourself going through the school of hard knocks? Just when you’re thriving on some “ups” in your life, something happens that brings you down a few notches on the happiness scale. “Why me?” “Why this?” “Why now?” Instead of helping to turn things around, those questions only make matters worse. Finally you remind yourself that even if you don’t understand and can’t see anything good coming from your present struggles, God can. He’s always got a plan. So you decide to trust Him and hold on, and He works things out in the end.

Not long ago, I was somewhere between the questioning and trusting phases of that cycle when my husband, Ivo, returned from his daily jog and told me about something he had just seen. We live in a hilltop neighborhood with lots of flowering trees and lovely gardens. That’s perfect for Ivo, since he is both an avid exerciser and a skilled gardener.

Each morning he passes a certain glorieta—a square with a fountain, some flowers, and lush grass—and that day he had noticed a patch of grass that was turning brown due to lack of water. The rest of the lawn was receiving plenty of water from the sprinkler system, but one failing sprinkler was causing this section to dry out and die.

Just as Ivo stopped to investigate, the neighborhood gardener passed by and also saw the problem. The gardener walked over to the defective sprinkler, pulled a hammer from his bag of tools, and gave a few short, sharp knocks to the sprinkler head. Apparently some dirt had made its way into the sprinkler system and clogged the head, but those few knocks shook it loose. Right away the water started flowing through the sprinkler again, and with enough pressure to cover the neglected area. In time, that patch of grass would be green and beautiful again, like the rest of the lawn.

God, like that gardener, sometimes allows life to give us a few hard knocks to cleanse us, so we can do better at beautifying our part of His garden.

Marie Boisjoly is French Canadian and has been involved in Christian community services for 45 years. She is currently living in Mexico with her husband. She is a laughter therapist and director of “Coloreando el Mundo” (Coloring the World), an interactive clown and puppet show. She is also a distributor of educational and motivational products.

More in this category: « Courage Under Fire New Roads »