The Heart of a Hero 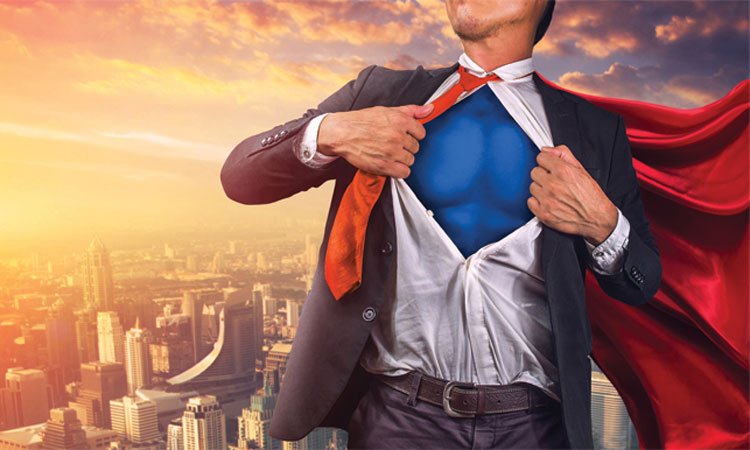 I remember memorizing Hebrews 11 as a child, which detailed quite a few gruesome ways to die: “They were stoned to death, they were cut in two, and they died by being murdered with swords. They went around wearing the skins of sheep and goats, needy, oppressed, and mistreated. The world didn’t deserve them. They wandered around in deserts, mountains, caves, and holes in the ground.”1

It made me wonder how much it hurt to die. I knew that I was quite a pansy when it came to pain, so I tried to figure out, if one had to die, what would be the least painful way to go—as I’d opt for that. You see, I really didn’t want to disgrace God by being a total wimp.

Today I can look back at my childhood worries with amusement. I realize now that the real issue was that I’ve always felt lacking in courage. The other day, however, I happened to look up the definition of courage when writing an article. “Courage” originated from the French word cœur for heart. One etymology site says that the original French word meant “‘heart, innermost feelings, temper.’ In middle English [it was] used broadly for ‘what is [on] one’s mind or thoughts,’ hence ‘bravery,’ but also [meaning] ‘wrath, pride, confidence, lustiness,’ or any sort of inclination.”2 Today, courage is defined as “mental or moral strength to venture, persevere, and withstand danger, fear, or difficulty.”3

In the Bible there are countless stories of men and women who did courageous things. Hebrews 11 lists many of these courageous folk. “What more can I say? I would run out of time if I told you about Gideon, Barak, Samson, Jephthah, David, Samuel, and the prophets. Through faith they conquered kingdoms, brought about justice, realized promises, shut the mouths of lions, put out raging fires, escaped from the edge of the sword, found strength in weakness, were mighty in war, and routed foreign armies.”4

Looking at the brave men listed in this chapter, the origins of the word “courage” take on greater meaning—their hearts were in the right place. These men had something wonderful in common—the source of their courage.

There’s the famous Bible account of three courageous Hebrew boys who were told to either worship a golden image or be thrown into a furnace. These boys stood firm and refused. The Bible records what they probably thought were their last words:

“O Nebuchadnezzar, we do not need to defend ourselves before you. If we are thrown into the blazing furnace, the God whom we serve is able to save us. He will rescue us from your power, Your Majesty. But even if he doesn’t, we want to make it clear to you, Your Majesty, that we will never serve your gods or worship the gold statue you have set up.”5

I read this account in the safety of my house, separated from this scene by thousands of years—but the strength of their belief is still clear in their words. Totally absent is any faltering or trying to negotiate something less mortally dangerous for themselves. But to have the courage to face an experience like this, I think you have to go back a bit. I don’t think their parents ever told them, “One day you’re going to be brought before a scary king, and there’s going to be a furnace, and you’ll have to choose between your life or worshipping an idol. When that happens, remember to choose the furnace.”

Instead, I think they told their sons something more along the lines of, “Love the Lord your God with all your heart, with all your soul and with all your strength.”6 And, “The name of the Lord is a strong tower; the righteous run to it and are safe.”7

Shadrach, Meshach, and Abednego’s parents couldn’t know what lay in store for them, or when and how those boys might be faced with needing to act courageously. But there’s one thing they knew they could control—what was stored up in their children’s hearts. “Guard your heart above all else, for it determines the course of your life.”8

Even though we may not be surrounded by the same kind of physical danger or difficulty today, we will all go through times that will be emotionally or mentally difficult and that will require moral courage—the will to do what we know is right. And I think that what we’ll do in such a time can be traced to something very simple. I think it will be what we’ve stored up in our heart that will determine the strength of our courage.

Everyone loves a good hero story. But in real life, you don’t get to decide whether you’ll have the opportunity for a huge heroic moment—if you get to rescue someone, or somehow or another save the day—but you do control what you put in your heart. That’s how you can be prepared for these larger-than-life moments, as well as those everyday moments that require courage.

More in this category: « Input → Output Finding a Balance »