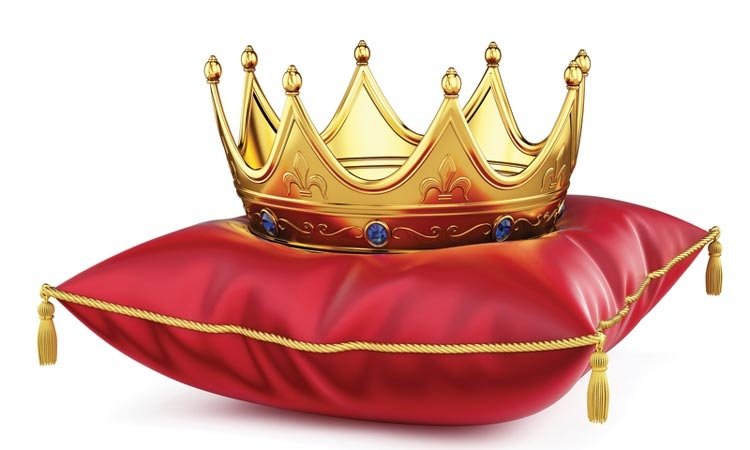 I’ve always thought Prince Jonathan, the son of Israel’s first anointed king, is an amazing example in the Bible of honor and integrity. Think about it: he was logically expected to succeed his father, King Saul, as king—but the prophet Samuel anointed the boy David instead.

Now, if I were in Jonathan’s position, I think I would have succumbed in one of two ways. Either I would have become consumed with envy, feeling that I had been dealt an unjust hand. Or I would have not cared about the affairs of the kingdom from then on.

The truth is, I’ve actually had both those reactions to things far less impactful than losing my place in the succession to a throne. It’s easy to lose sight of what I would regard as “my morals” when I feel like I’m getting the raw end of a deal.

But what did Jonathan do? For as long as he remained a prince, he was the best prince that he could be, right up until the end when he died fighting a doomed battle.1 Even while he filled his role of prince, he also honored and protected the future king, David, on numerous occasions.

Jonathan was brave in the service of his country. He had the courage to take on thousands of Philistines with just the help of his armor bearer.2 He also seemed to have been concerned about the welfare of Israel and played an active role in his father’s administration. Jonathan once told David, “Look, my father doesn’t do anything, great or small, without confiding in me.”3

I don’t think Jonathan saw ruling Israel as a self-serving opportunity. He didn’t seem to care who was king, as long as they led the country in God’s ways. He put his full weight behind David, God’s anointed, simply because he was God’s anointed. That takes integrity—the kind of deep-seated integrity that comes from complete confidence in God’s providence.

His father Saul, by contrast, showed a lack of integrity on many occasions. He repeatedly went against his own word, disobeyed God’s prophet, and was more interested in preserving his reign than he was in doing a good job as king. Saul’s fear of losing his kingdom prompted him to make many wrong decisions that eventually ended up costing him the kingdom and his life.

Now we’ll talk about me. A few years ago, I had some major issues in my workplace. It all came to a head for me when someone I felt was doing less for the company than I was got the promotion I’d pretty much been in line for. I’d been putting my all into working for the company and honestly felt that I deserved the promotion. I tried to be gracious, but it frustrated me to no end. My “team spirit” was sorely dampened.

I hate when I feel something is unfair! Sometimes it leads to my thinking that someone else’s unjust attitudes or actions justify my own bad reactions. Or worse yet, I think that their behavior actually entitles me to have a poor attitude.

There I was, stewing in self-pity for a week or so before I finally got down to praying about my situation. Guess who God brought to mind? Yes, Jonathan. God reminded me of Jonathan’s love for David and how he didn’t question God’s choice. Jonathan would probably have been a good king for Israel, but God chose David, and Jonathan trusted God’s choice.

To be the kind of person that can do their best in their God-chosen post even when it doesn’t offer prestige or “perks” takes integrity and honor. To be able to recognize the part God has for you to play and play it without looking over your shoulder to see if anyone else has a better part or is doing as good a job as you are takes a very big person. As my little story shows, I didn’t quite live up to this standard.

The happy ending is that I did bring my actions and my attitude around to match my beliefs. I learned the value of playing my part, and sure enough, my superiors soon began to notice.

More in this category: « Finding Our Niche Flow with It »