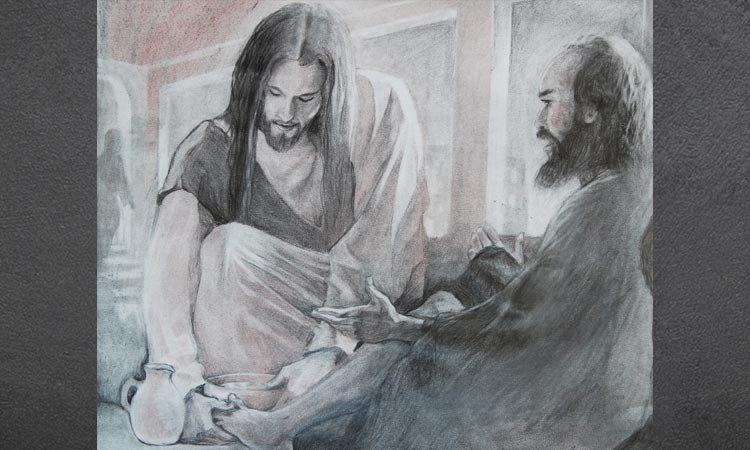 One key element in our pursuit of Christlikeness is emulating the humility of Jesus. In the ancient world of the Greeks and Romans, humility was seen as a negative trait. It denoted a subservient attitude on the part of someone considered to be of a lower class. It was seen as a cowed attitude, one of self-belittlement or degradation. The honor-shame culture of that time exalted pride, and humility was seen as undesirable.

Jesus, however, redefined humility. He, the Son of God, humbled Himself by becoming human; thus showing that it was something believers should emulate. Through His teachings and example, His followers in the early church learned to treat humility as a virtue, an important moral attitude, and a fundamental trait of Christian character.

Jesus both preached and lived humility:

For who is the greater, one who reclines at table or one who serves? Is it not the one who reclines at table? But I am among you as the one who serves.1
Whoever exalts himself will be humbled, and whoever humbles himself will be exalted.2
Take my yoke upon you, and learn from me, for I am gentle and lowly in heart, and you will find rest for your souls.3

A Christian understanding of humility is based on our relationship with God. In their book Character Makeover, Brazelton and Leith provide a definition of humility from a Christian perspective, as follows: “Humility is a natural result of having an accurate view of who God is and having a right perspective of who you are in relation to Him.”4

And who are we to God? We’re His wayward children—broken, sinful, and unable to attain full righteousness before Him. Yet despite our brokenness, He loves us unconditionally. As sinners, we can’t claim His love, but He freely gives it to us anyway. He sent His Son to die for us because of His deep love for us. It’s humbling to know that we are loved regardless of our sins. This helps us feel secure in our relationship with our Creator. God’s love and acceptance is the basis of our self-worth.

Because we are unconditionally loved by God, we can be honest with Him and ourselves about our strengths and weaknesses, since neither will change God’s love for us. He doesn’t love us more because of our talents, nor does He love us less because of our weaknesses. Knowing that we are accepted by God makes it easier to have a realistic picture of ourselves.

Secular and popular definitions of humility generally include traits such as low self-esteem, lack of confidence, or being a doormat, but that’s not the humility Jesus taught. As Randy Frazee wrote: “A believer has a strong sense of self-worth and a secure position of identity as one who no longer feels the need to elevate the flesh or pump up personal pride.”5

Knowing we’re loved by God allows us to have a strong sense of self-esteem and be able to wear our self-worth lightly, with humility, because we are secure in God and His unconditional love for us. Being secure in God’s love, we recognize that there is no reason to try to exalt ourselves in His eyes or in the eyes of others.

As individuals created in God’s image and uniquely loved by God, we can have full confidence in our personal worth. We can candidly recognize and acknowledge both our strengths and weaknesses, our talents and negative habits. We should strive to have a realistic picture of ourselves, without thinking that we’re either wonderful or awful. We shouldn’t lift ourselves up in pride, nor consider ourselves worthless. Either extreme—feeling that everyone is better than us, or that we are better than everyone else—is wrong. Humility lies in recognizing that we are valuable to God, that He loves us, made us, and has given us gifts and talents, while also not thinking that it’s all about us, that we are better and more gifted than others. As Rick Warren said, “Humility is not thinking less of yourself, it’s thinking of yourself less.”6

Humility isn’t meant to make you think less of who you are, but to enable you to love others regardless of who they are. Humility is how love expresses itself toward those of a different status, rank, or position. It’s the capacity to view everyone as ultimately equal. This doesn’t mean denying differences between people. But it does mean looking past those differences to the underlying equality of all people. There are two important senses in which we are all equal—as creatures made in God’s image, and as fallen creatures in need of God’s grace. These two facts, in turn, are the foundation for true humility, because they radically level the playing field.7

If we’re humble, we recognize that we’re sinners just like everyone else, and therefore we don’t feel more deserving of love or less responsible to show love to others. Humility frees us from worrying about prestige or position, physical features or attractiveness, success or failure, and many other anxieties that come along with pride and measuring ourselves against others.

When writing to the Philippians, the apostle Paul spoke of Jesus’ humility:

Don’t be selfish; don’t try to impress others. Be humble, thinking of others as better than yourselves. Don’t look out only for your own interests, but take an interest in others, too. You must have the same attitude that Christ Jesus had.
Though he was God, he did not think of equality with God as something to cling to.
Instead, he gave up his divine privileges; he took the humble position of a slave and was born as a human being.
When he appeared in human form, he humbled himself in obedience to God and died a criminal’s death on a cross.
Therefore, God elevated him to the place of highest honor.9

While Jesus had the same inherent character and quality and equal “rank” or “status” with God, He set it aside and took on the nature of a servant by becoming human. While He could have claimed power and glory, as was pointed out when the devil tempted Him in the desert,10 Jesus instead chose to lower His status and humbled Himself to the point that He was willing to die the cruel, torturous death of a common criminal for our sakes. Because of what He did, God “hyper-exalted Him”—which is the literal translation of the last verse of this passage.

While we aren’t on the same plane as Jesus, we can follow the principle of humility that we see in His example. During His ministry, Jesus did many mighty works. He healed the sick, cast out demons, fed 5,000 people by multiplying five loaves of bread and two fish, and walked on water. He told Pontius Pilate that He could ask His Father to send twelve legions of angels to protect Him—such was His ability, power, and status. But instead, He humbled Himself, lived His life in submission to His Father, and avoided the glory that many wanted to give Him.

If we want to become more like Him, then we will strive to “put on” humility; and if we do, we will find ourselves blessed by God: “Clothe yourselves, all of you, with humility toward one another, for ‘God opposes the proud but gives grace to the humble.’ Humble yourselves, therefore, under the mighty hand of God so that at the proper time he may exalt you.”11

More in this category: « The Mountains and the Valleys My Perfect Month »